For every new parent, the birth of a baby is a day of firsts: the first glimpse of their child, the first cuddle, the first photo. 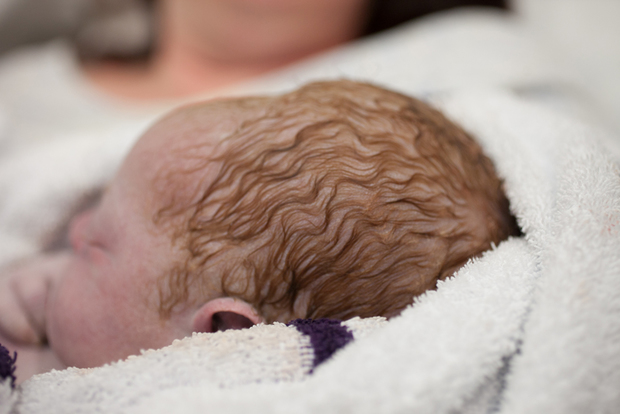 But, for some parents, their baby's first day is also the last.

In the second part of our series on stillbirth, Katy Gosset talks to South Island parents who have lost a child.

"I'm sure I was in shock. He actually died while I was hooked up to the trace machine ...so we lost his heart beat. Actually you don't believe it when you're in the hospital and you've watched all these other women and their partners going on to have children ... it's surreal." 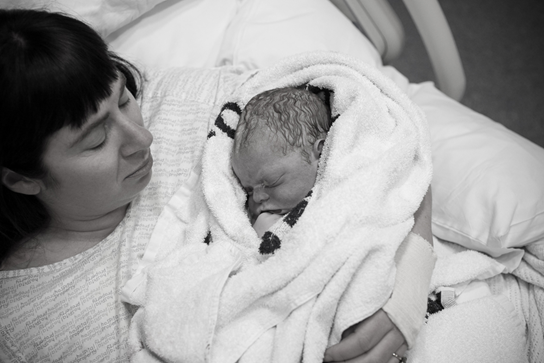 For Nicola Devine, the stillbirth of her son, Tanner, at 40 weeks of pregnancy, was all the more devastating as her first child, Gabriel, was also stillborn.

After a sleepless night, she and her partner, Noel Keenan, returned to the hospital the following day to deliver Tanner.

"I can't remember being hugely emotional about it at the time, apart from the fact that I was having to give birth, a second time, to a dead baby."

"It was the best day and the worst day of my life really. I really enjoyed that day but it was a bit of a double-edged sword." 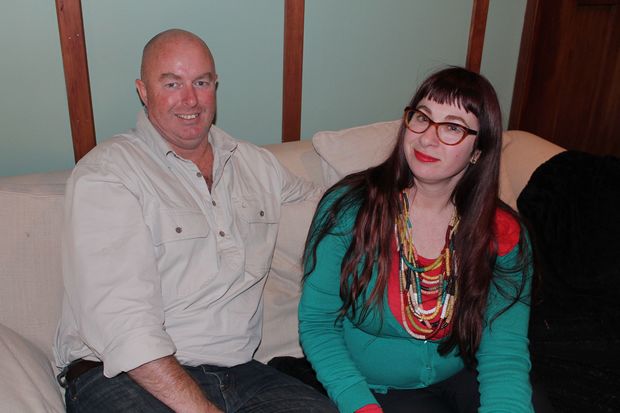 Noel recalls a sense of disbelief that this could happen to Nicola twice. But he said the pair approached the birth determined to take anything positive they could from the experience.

"I wanted to enjoy holding my son" and "whilst I really enjoyed it, the sadness, the real sadness was that it was the only opportunity." 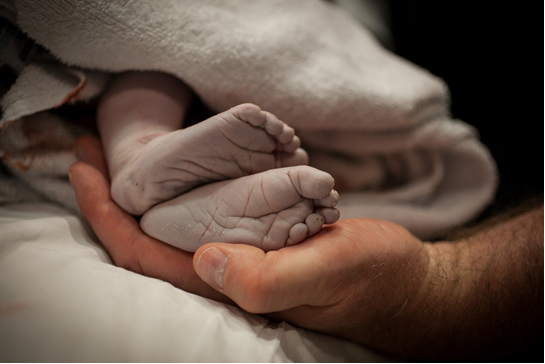 Later Noel struggled to have to explain the couple's loss to friends and acquaintances.

"It's difficult having to face the world and relive the fact that your son or child has passed away and have that grief and pain be visible. More often than not it's in a public space and you're sharing something that is incredibly private."

Nicola found she was constantly asked how the baby was and how she was coping with the lack of sleep.

"You have to keep telling people the terrible news."

"The initial time of shock is a little like an out-of-body experience, I think. Looking down on yourselves and everything goes slow and quiet." 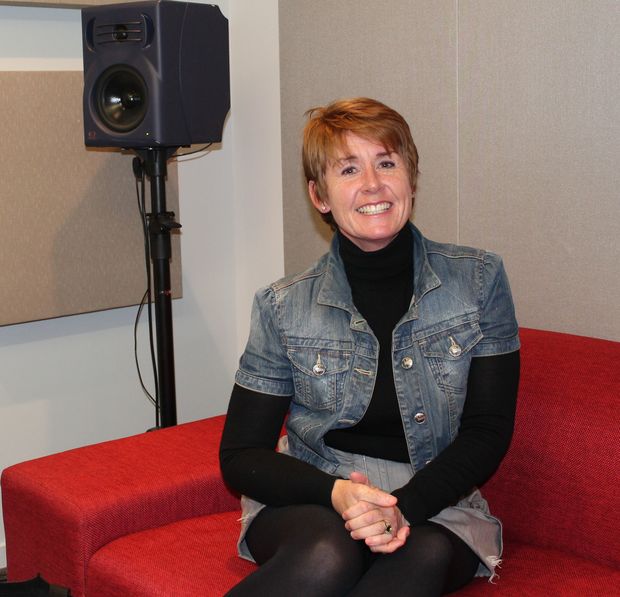 Karlena Kelliher works for SANDS, supporting other parents who have lost a baby. Photo: Katy Gosset/RNZ

When Karlena lost her second child, Mae, to stillbirth more than 13 years ago, the experience was overwhelming.

"You do a lot of bargaining ..to try and make it not so. You think that things can change and you hold onto the minute possibility that they're wrong and that the baby will be born alive."

Like Nicola, she had to deliver her baby. "The physical pain was lovely because it was real and I could feel it. I liked it hurting because I didn't know what to do with all the hurting that was happening inside of me."

Hospital staff wrapped Mae up in a blanket and Karlena gradually unfolded her, starting at her feet and working her way up. "By the time I got to her head, I was really looking forward to seeing her and being able to hold her and have a cuddle and I thought she was just precious."

In the tough months that followed, Karlena sought help from SANDS, an organisation that supports parents who have lost an infant. "I used to ... save up everything that had been hard over the month that I felt I couldn't share with others and then be able to come to the meeting and let it all out and feel relieved with people I knew understood" 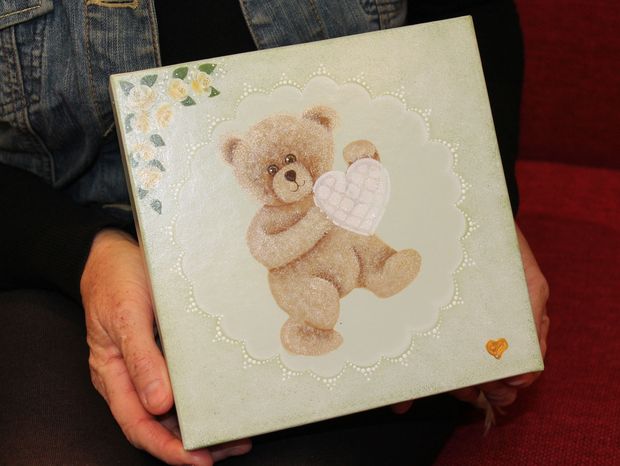 Now years later it is Karlena who helps others through the same organisation, providing a supportive ear at the end of the phone as well as preparing memory boxes for Canterbury families who have lost a baby.

She has also become known within her community as a person to confide in. "Mums sometimes at school have come up to tell me that they're feeling sad because they've just had a miscarriage. I just think that is so amazing that they want to share that with me." 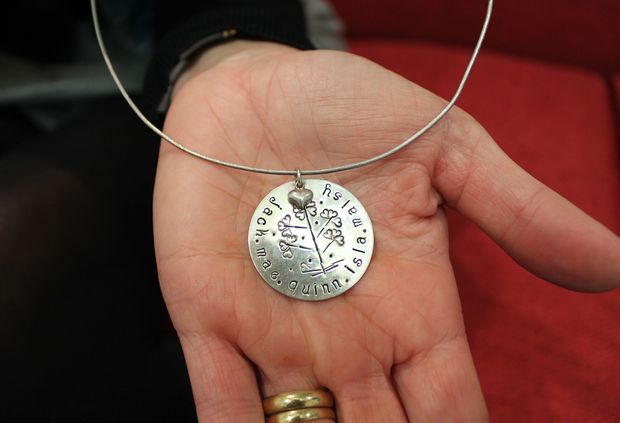 Karlena Kelliher has a special necklace showing the names of all her children, including her daughter, Mae, who was stillborn. Photo: Katy Gosset/RNZ

Karlena went on to have another three children but Mae will always be part of the family and her birthday is remembered and celebrated every year. And the names of all Karlena's children are carved into a special necklace.

"There's always room for kindness. Every day there's an opportunity to be kind to someone". 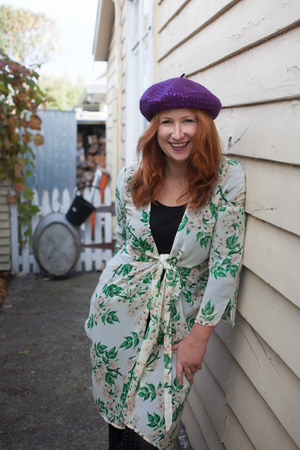 In a sunny house in central Christchurch, lives a woman who is variously described by her clients as "a breath of fresh air" and a "feisty redhead" who has "lots of character" and is "dressed to the nines".

This is Sharon Thompson, the South Island coordinator for Heartfelt, an organisation providing free photographic services to parents who have lost an infant.

At any time of the day or night, Sharon could be called to the hospital to photograph a baby who has been stillborn.

"There are some very difficult moments but there's also some really profoundly beautiful moments and they're the ones I always remember."

She admitted it could be hard to keep the emotion at bay.

"I had a beautiful family whose baby was taken off life support and [the] Dad started singing "You are my sunshine" to his wee girl and I just let out a cry that just came out of nowhere because it was so beautiful and so sad. You wouldn't be human if you didn't feel touched by what you see."

And she said, while some shoots could be challenging, the moments she had facilitated made it worthwhile.

"There might be a time when the midwife says that Dad hasn't held baby at all and then, by the time I leave, Dad's holding baby and exploring baby's hair and holding toes. I got tingles even when I say that."

And she said she often left feeling positive, usually travelling by bike to allow some wind-down time. 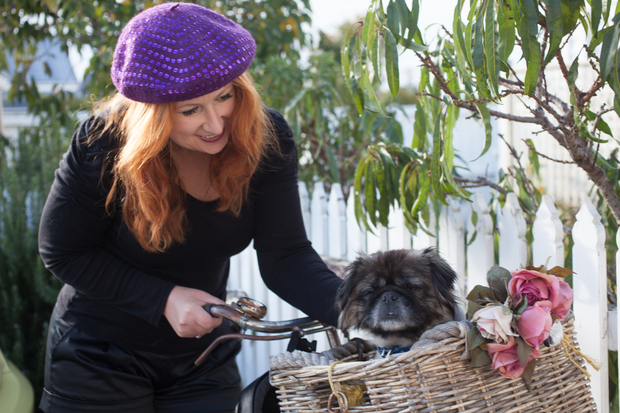 "There's always something great that comes out of those sessions so, some of the times I don't walk out sad and feeling burdened. I actually feel really good because there has been something really beautiful and tangible that's come out at a tough time."

When she gets home Sharon has her own ritual: she lights a candle, pours a glass of port and sits down to reconsider the shoot and edit the photos.

"By that stage I've usually spoken to the family about what is their favourite feature, the quirky little folded under toe that Dad has as well .. so I make sure that I"m providing them with all those little things that I know they loved."

Sharon was motivated to take stock of her life and begin this work after the Christchurch earthquakes when she found herself near tumbling buildings.

"It makes you really reassess what you want to do with your life. I wanted to make a difference because here was a moment where it could have been the end and what would I have done ?"

She balances the voluntary work for Heartfelt with other paid photography work and the proceeds of a clothing line.

"It sounds complicated but it's quite a simple life. I want a life where I'm making a difference and I'm doing what I love and, for me, that's the biggest reward."