To Have an Ordinary Life - part 3 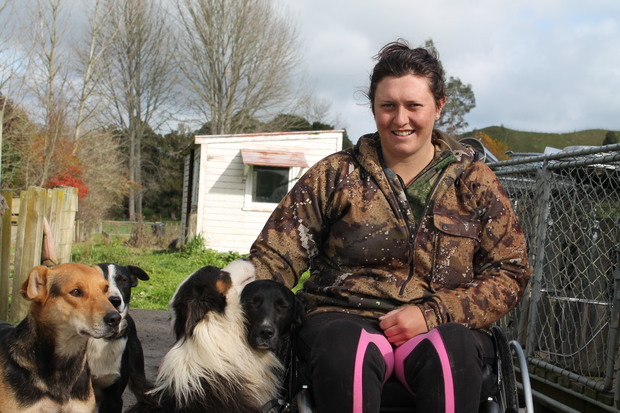 Mike Gourley looks at the support available for disabled people making the transition from school to further training or work.

Transition services refer to a range of disability support agencies that focus on helping younger learning or intellectually disabled people make it in the world of post-compulsory education, either in further training or in the job market.

One such agency is Emerge Supported Employment.

Transitions Coordinator Alex Sligo Green outlines his role in getting alongside the younger person – some who’ve been mainstreamed in secondary school and are keen to follow up on further training opportunities, mainly in polytech courses, designed to meet specific learning neds, or more job-oriented courses that are inclusive of disabled people.

The Operations Manager of Emerge, Linda Fisher, says they’re appreciative of their partnership with Weltech’s Community and Vocational Living Skills, or CVLS Course, taught at their Petone Campus, north of Wellington.

Scott Breckman heads up the CVLS Course. He describes it as providing learners with the necessary foundation to either pursue further training or getting a job.

Adrian Gordon is an example of the latter. Adrian is affected by William’s syndrome, a condition that renders a person gregarious and outgoing, but also intellectually impaired.

Adrian’s mother Brenda Gordon was thrilled to attend her son’s graduation earlier this year. In her message of gratitude to Weltech, she acknowledged the aspects of the course that had benefitted Adrian, not the least of which was the travel Adrian had to negotiate to get from Hataitai to Petone every day.

The other aspect she praised was the “build a bridge and get over it” component. To cap it off, she reports that Adrian has since garnered a part-time job with a website development business.