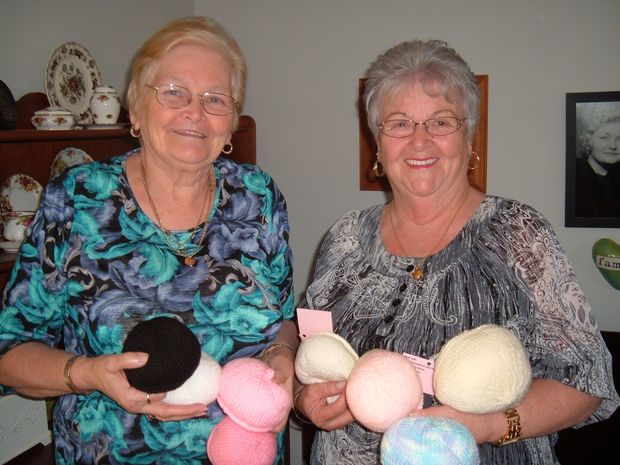 The idea grew out of a post on the New Zealand Breast Cancer Foundation’s Facebook page, calling for knitters to pick up their needles. When Marie mentioned the idea to Chris, the pair who are based in the North Shore suburb of Torbay, started up the group Knocker Knitters earlier this year.

And they’ve been knitting the alternatives to prosthetics for women who have undergone mastectomies ever since. 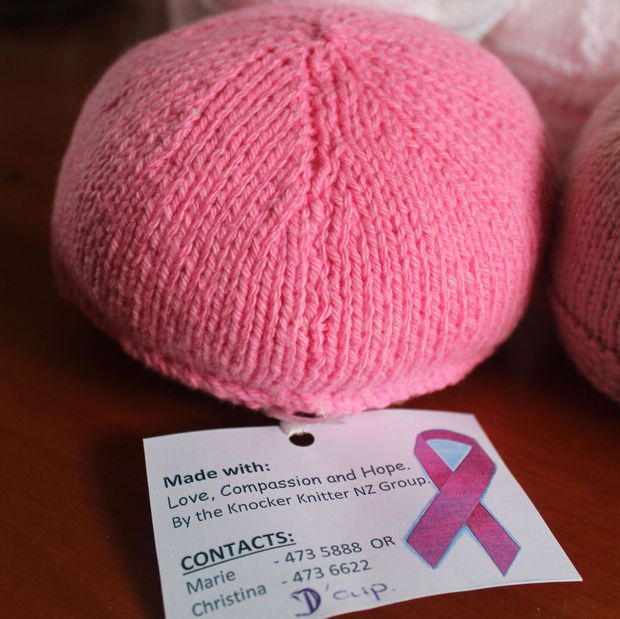 Before each breast is sent out, it has a card attached giving details of the cup size and who has made it.

Marie says she wanted to help others after losing her sister Carol to Breast Cancer.

‘There was so little I could practically do for Carol…I just wanted to help others with the disease.’

The “knitted knockers” are made out of acrylic wool and are stuffed with poly fill and can be made for cup sizes ranging from A to DD.

‘Women sometimes want a lighter, softer alternative to their breast prostheses, especially when they’re just at home’ says Marie. ‘We felt we could supply a comfortable option and help boost a woman’s self-confidence following surgery.’ 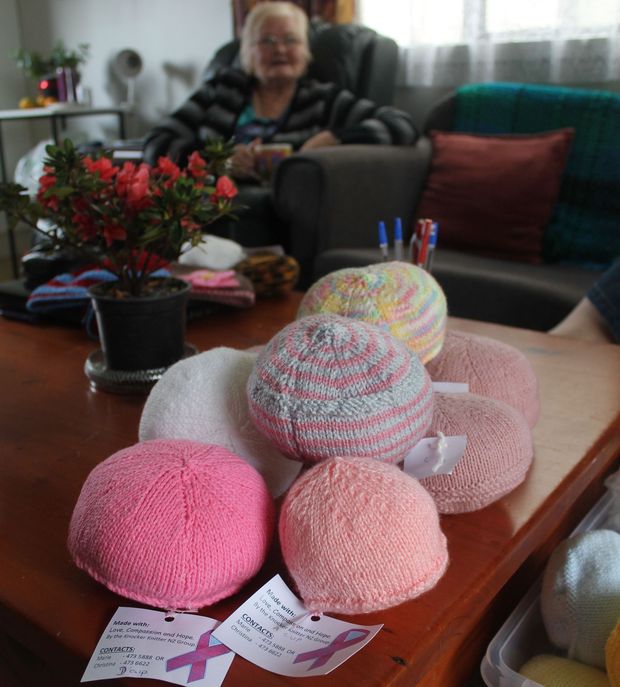 Christina with a small selection of woollen 'knockers' from knitters around the country.

They now have a small army of knitters who have taken up the cause, including Beach Haven resident Sharron, who had a breast removed 12 years ago after being diagnosed with cancer.

Having struggled with a leaky prosthesis, Sharron says finding out about the Knocker Knitters has been a relief.

‘The nice thing about this is it’s not medical…this is more about community.  Having come out of the process of surgery and chemo…it knocked my confidence in my body…but having something I can make for myself, it’s part of giving my body back to me.’ 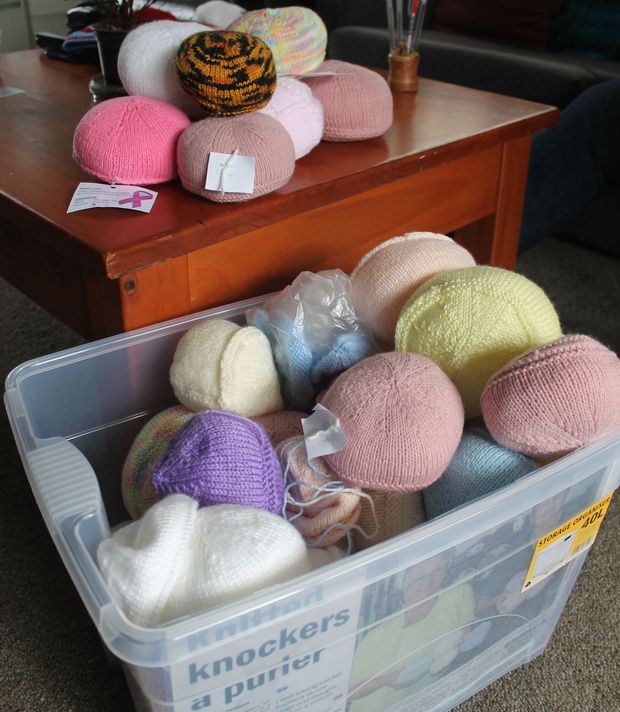 The breasts come in a variety of colours, shapes and sizes and can range in cup size from A to DD.

To get in contact with Marie or Christina, please head to Facebook and type Knocker Knitter NZ in the search box.