And the Band Plays On

‘If the lady from Radio New Zealand wasn’t here, I’d say what I think about this piece,’ says a red faced cornet player Bill Rimmer, slumping back in his chair. 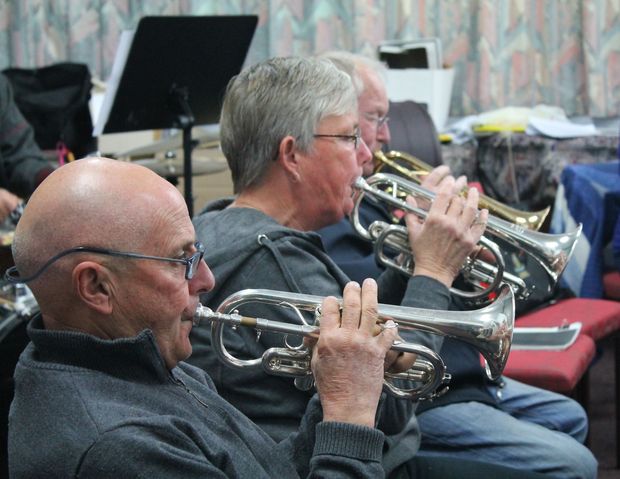 All around him, musicians from The Band of the Royal Regiment of New Zealand Artillery lower their instruments and exhale loudly, clearly pleased to have reached the end of the frenetic William Tell Overture.

‘I think we’ve bitten off more than we can chew,’ he tells bandmaster Peter Downey.

‘Your observations are noted Bill and you wouldn’t be alone.  However, the wheels are in motion…’

‘Is the programme printed?’ enquires Bill.

‘No they don’t know what’s coming up,’ says Peter.

‘So there’s an out?’ Bill asks, eliciting laughter from his bandmates.

But with a flick of his wrist Peter strikes up the band and the banter is over. 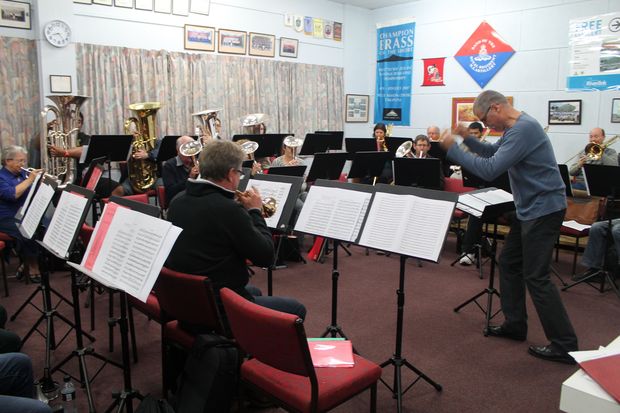 Bandmaster Peter Downey putting the band through its paces.

According to the band’s secretary, Bob Davis, the ‘Arty’ band as it’s affectionately known, can trace its roots back to 1845 and the Maori Wars and the story of the 58th Rutland Regiment (UK), who were despatched to New Zealand from New South Wales, Australia.

History records that many of the men of the Rutlands took their discharges in the fledgling town of Auckland, some of them joined the Band of the Auckland Volunteer Rifles when the militia was formed in 1858. The first reported public appearance of the Band appeared in the ‘New Zealander’ newspaper of 23rd October 1860. It played for the laying-up of the Colours of the 58th.

The band was formally established in 1864, making it the oldest band in New Zealand with a continuous playing history. 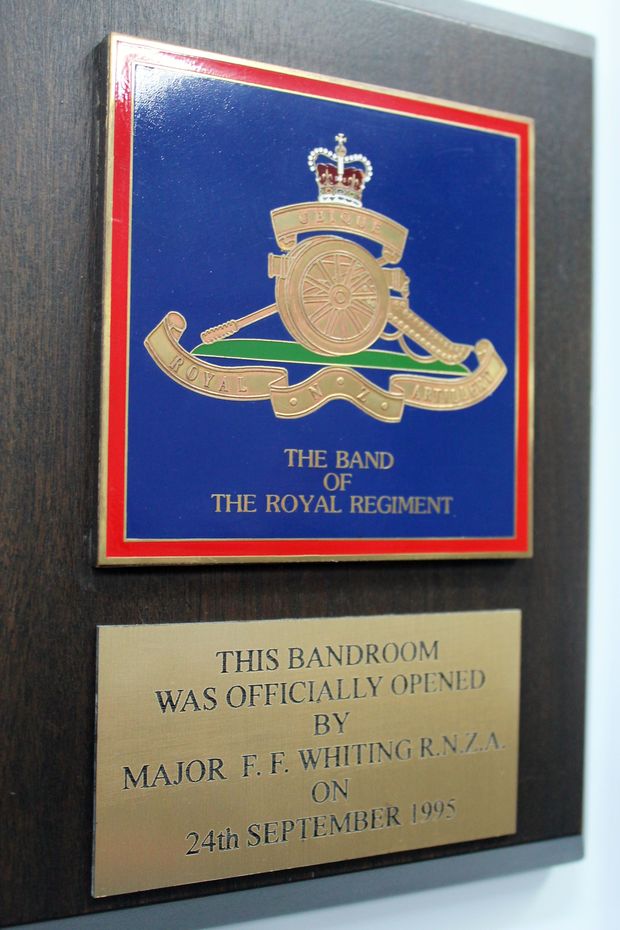 The crest of The Band of the Royal Regiment of New Zealand Artillery.

‘The Band has lived through two World Wars and other major conflicts, and has experienced the many ups and downs of the international and domestic political and economic climate, but it has survived them all,’ says Bob Davis.

On the eve of the band’s 150 Anniversary celebrations, Spectrum’s Lisa Thompson hears how its members are still marching on.