World-famous violinist Jascha Heifetz gave concerts in New Zealand in the 1920s, he was also impressed with the playing of 14 year-old Vincent Aspey. Vince’s father had brought his family to New Zealand from Hindley in Lancashire and found work in the Huntly coalmines. 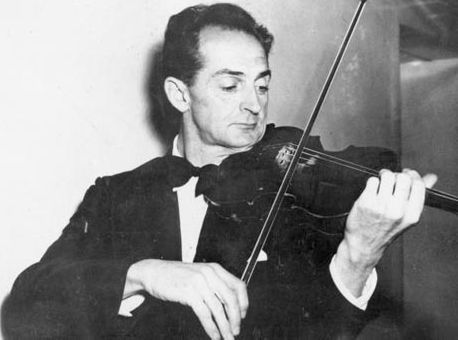 From the age of 12, Vincent Aspey earned 5 shillings a week playing violin to accompany silent movies and this experience did wonders for his sight reading. The advent of talking movies ended this work and Vince spent time with a top class teacher in Australia. 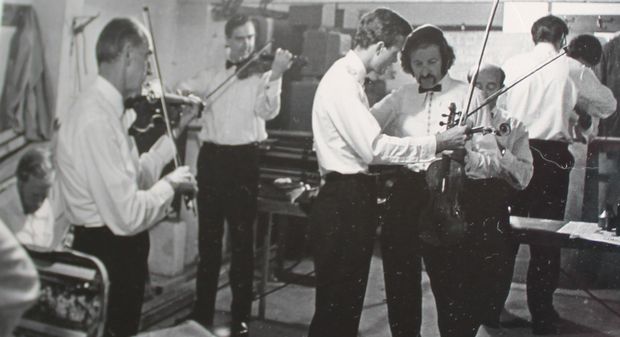 Before a concert, Vincent Aspey on left.

Moving back to New Zealand during the depression of the 1930s, Vince established himself as one of the country’s finest musicians and from 1936 began giving concerts in the four main centres. During the war, he led a string orchestra which gave camp concerts for soldiers in training. 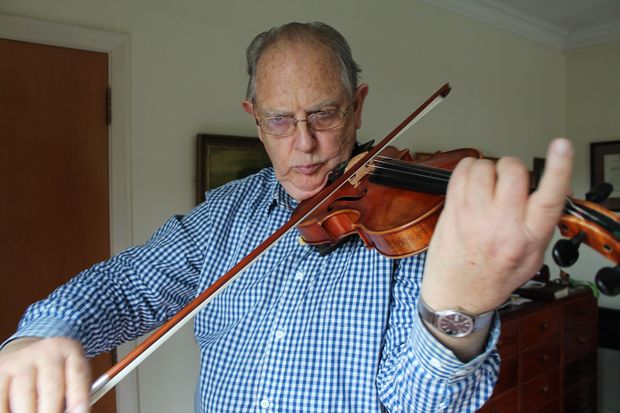 In 1946 the Labour government formed the National Orchestra, later re-named the New Zealand Symphony Orchestra, and who better to lead it than Vincent Aspey. Apart from his musicianship, Vince’s humility, diplomacy, humour and charm kept him on the front desk for 20 years. 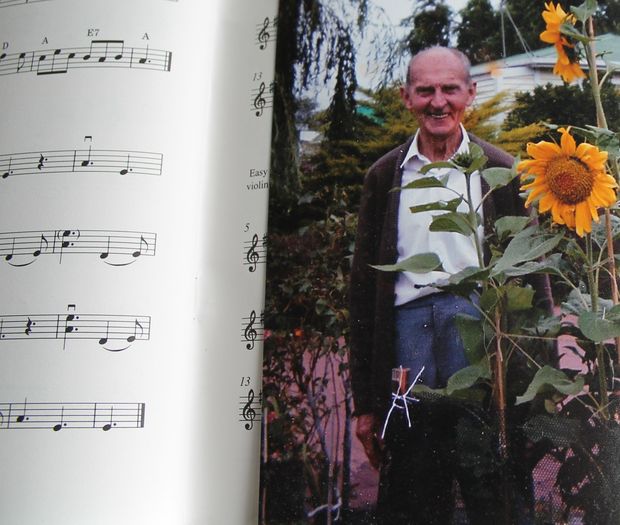 Archival audio in this programme was supplied by Ngā Taonga Sound & Vision.