Caesar Roose was born in 1886 on an island in the Waikato River, opposite the railway town of Mercer. The river was his road, and at the age of eighteen he launched his first commercial boat. For the next 60-years Roose vessels traded along the big river and its tributaries, and also trans-shipped goods at Port Waikato. Caesar Roose became known as the Grand Old Man of the River.

His only child, Jeanette Thomas, has just opened her own museum in Mercer dedicated to her father’s memory and his place in Mercer’s history. These days Mercer is a blink-and-you’ll-miss-it kind of a place on the Waikato expressway between Auckland and Hamilton.

Jeanette Thomas at front door of her Museum

Jeanette herself was born in the same house by the river as her father, but that burned down in 1950. Tuoro island on which it stood, is strictly speaking no longer an island as the river on the western side has silted up. But the Caesar Roose bridge was opened in 1972 linking, Tuoro to Mercer. The Roose Estate paid 100-thousand pounds towards its construction, as promised by Mr Roose before his death in 1967.

David Steemson spends a morning with Jeanette Thomas at the museum and they stroll across the bridge to the place where she and her father were born. 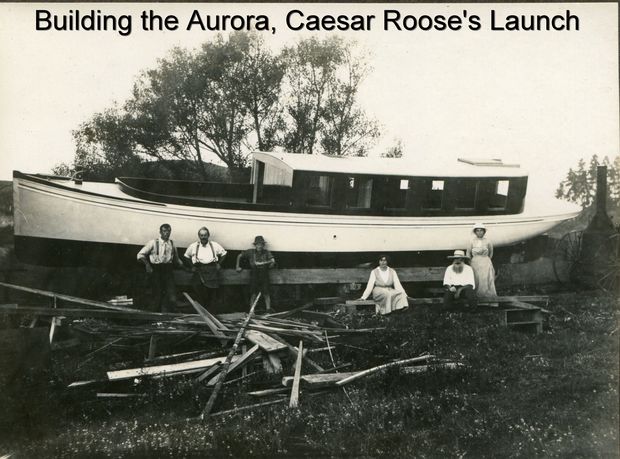 For centuries the Waikato River has been an important way for Maori to get around. But by the second half of the 1800s the river had become a tool in the armoury of the British, keen to invade the Waikato region and suppress the Maori “rebellion” against the colonial government.

So the Great South Road was built from Drury in the north to Mercer by the Waikato River. Weapons and solders were transported along the road to Mercer, where everything was loaded on to two gun boats, the Pioneer and the Avon.

The Pioneer was a paddle steamer with two revolving gun turrets and according to New Zealand History on Line she was New Zealand’s first purpose built warship. The turrets were eventually removed and one was used as a police lock-up in Mercer. Today it remains as part of a World War One memorial in the town. 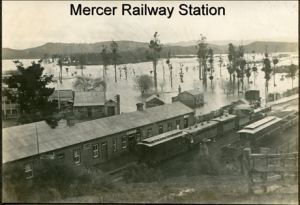 In 1875 a new rail line stretched from Auckland to as far as Mercer, where goods and people could be loaded onto river boats which travelled up and down the Waikato River and its tributaries. The town’s railway station included a large tea room for thirsty passengers. One boarding house in the town was built specifically to house the young women who worked there.

Mercer flourished well into the 20th century despite the town’s penchant for flooding.

Caesar Roose was born on the banks of the river in 1886. He launched his first commercial boat by the age of eighteen, and he went on to run a fleet of river boats. His ship building yards, saw mill and flax mill at Mercer created many jobs. 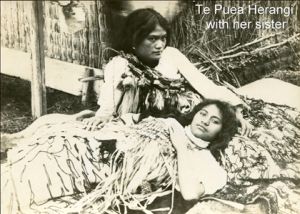 Joanna Katipa is the great niece of Te Puea Herangi popularly known as Princess Te Puea. Joanna says she was revered in Mercer for gathering up local Maori children orphaned in the flu epidemic of 1918, and taking them to Ngaruawahia nearby. Caesar Roose lent her barges to help. Te Puea went on to revive the Kingitanga Movement and build its new centre at Ngaruawahia. 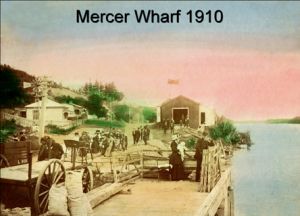 These days Mercer has a population of only about 100. The many railway houses that stretched along the highway are gone, as have the boarding houses and big hotel. Travellers may stop here to buy coffee or petrol, or maybe cheese from the little Mercer Cheese Shop or bacon from the Pokeno Bacon Shop.

They could also pull over to take a look through the new Mercer Museum, set in an elegant old villa on Roose Street. It’s been labour of love from Jeanette Thomas, Caesar Roose’s only child.

Caesar Roose died 1967, and the Caesar Roose bridge across the river at Mercer was opened in 1972. Years before, Caesar had offered $100,000 towards its construction, but was turned down several times. He set aside the money in his will for the bridge, and the way Jeanette tells it, she pretty much bludgeoned the authorities into building it.

At her Museum there’s a photograph of Jeanette cutting the ribbon at the bridge opening. The Minister of Works Percy Allen stands beside her, grinning. Jeanette‘s still got the scissors, set into a little plinth in front of the photo.