In September 1848, a major earthquake caused severe hardship among the folk of Wellington and St Peters Anglican Church began its long tradition of helping the needy, homeless and dispossessed. By 1879 a bigger church replaced the old structure on the corner of Willis and Ghuznee streets, complete with a set of magnificent bells shipped from foundries in London. 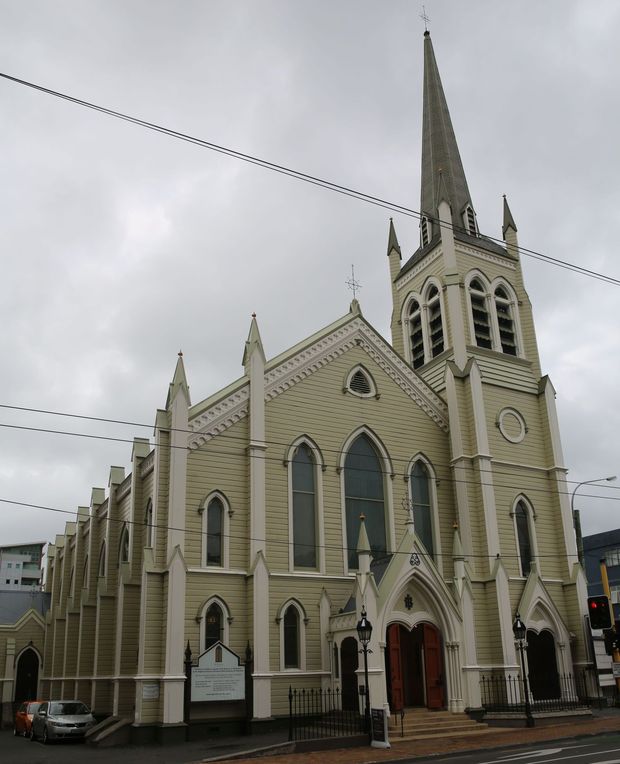 By 1959, St Peters had established the Catacombs drop in centre which offered succour to inner city homeless and poverty stricken. St Peters also joined other churches to create the Inner City Ministry. St Peters doors were never closed and it was common to find a dozen homeless sleeping on its pews.

(Left) The pews were once rented out to help pay for church upkeep. (Right) The Rev'd Brian Dawson

Prominent religious figures associated with St Peters such as Godfrey Wilson and Richard Randerson were ahead of their time in speaking out against apartheid and were ardent supporters of the anti-nuclear and peace movements. They often had to ward off attacks by New Zealand’s conservative religious establishments.

Spectrum’s Jack Perkins mixes with parishioners at a Sunday service and climbs the bell tower where he’s told about bold new plans to restore and strengthen the structure which would allow the 8 bells to peal out like never before. 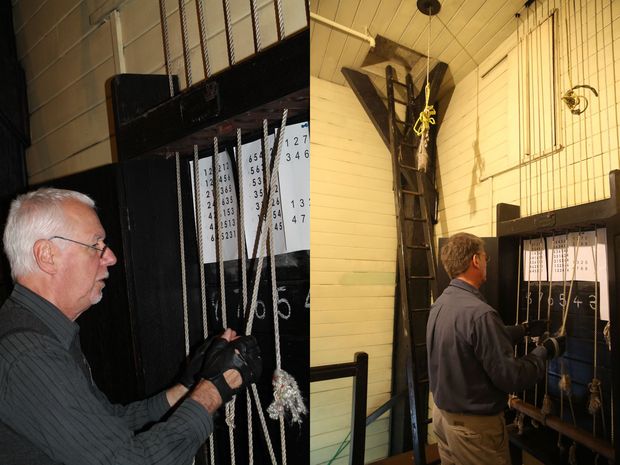