Blacksmith Ian Nielsen is a man of few words, but ask him whether electricity pylons should be put underground and he suddenly becomes animated. ‘No thank you’, he says, his gruff voice breaking into a laugh.  ‘No thank you.  I can drive down the motorway and think they (those towers) look magnificent - beautiful.’ Of course, more often than not, he’s admiring his own work. Ian and his son Kim hand-forge terminals for high voltage power cables.  Known in the electricity trade as dead ends, they’re used to carry power lines all over New Zealand. 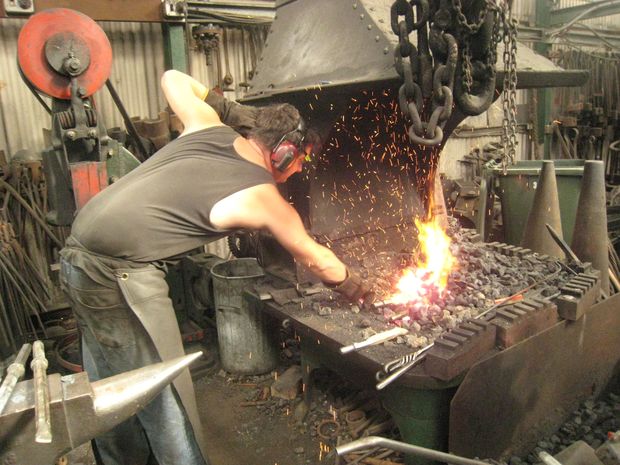 Kim Nielsen placing jack hammer bits into the Alcosa coke forge, which was made in England by William Allday and Co.

Based in the heart of Auckland’s industrial suburb of Penrose, the father-and-son team run one of the last production blacksmith workshops in the country. 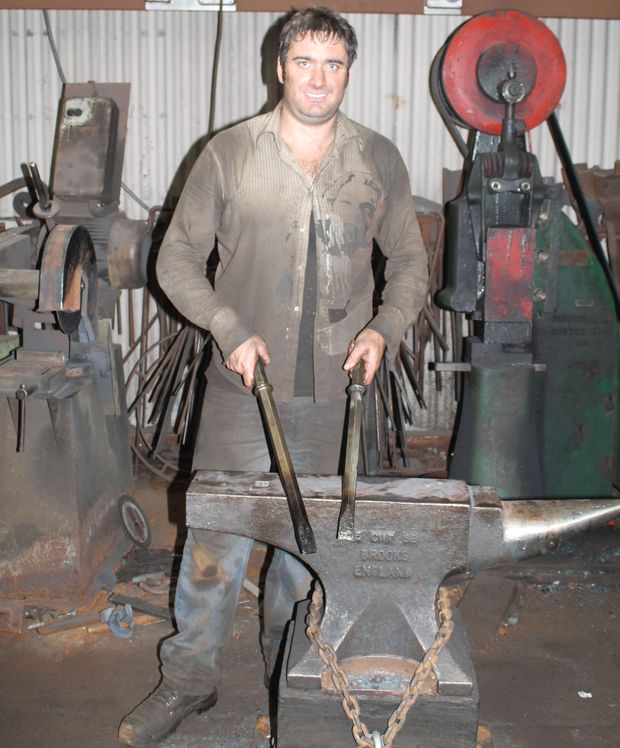 Kim Nielsen with the sharpened jackhammer bits, ready for re-use rather than having to be thrown away.

And while the electricity terminals make up a large part of their business, they also do custom forgings for classic cars and motorcycles, as well as niche jobs such as producing 2,500 wrought iron scrolls for enclosures at Auckland Zoo.

Having smithed for over half a century, Ian is passing his trade on to Kim, a fact which is proudly advertised by the ‘Ian Nielsen and Sons Ltd’ sign that sits outside their workshop. Brought up around the business, Kim says after he was sent home from school at the age of eight for bringing a sharpened poker he’d made in the forge for ‘show and tell’, it was inevitable he would one day join his father. 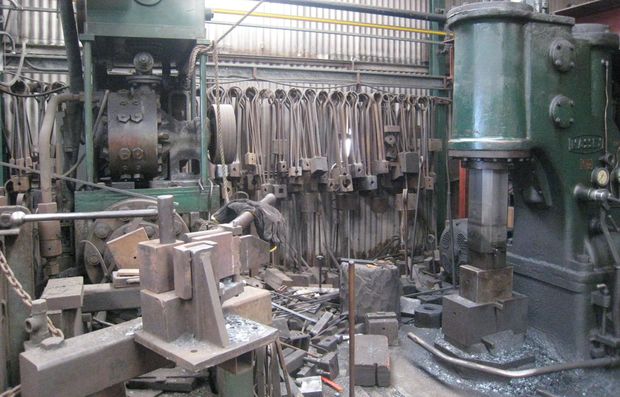 Some of the hundreds of tools inside the workshop. What the Nielsens don’t have, they just forge.

But both worry whether there’s a place for hand-smithing in the modern world of mass production. Kim Nielsen fires up the coke forge and gives Spectrum’s Lisa Thompson an insight into a dwindling craft.