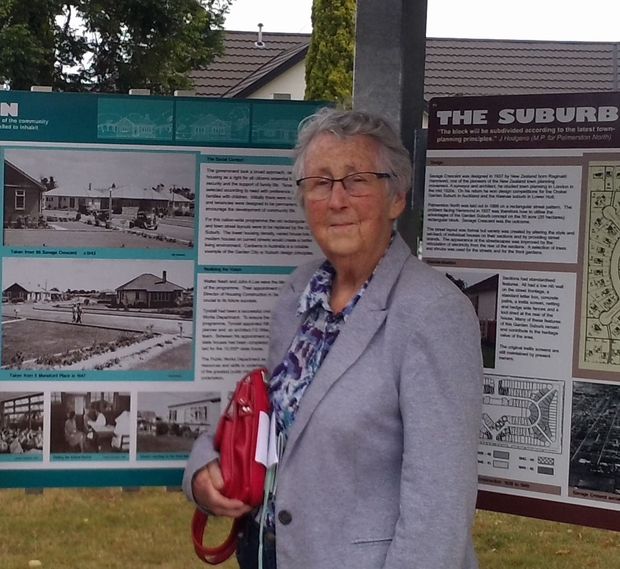 Researcher Margaret Tate at the entrance to Savage Crescent.

Savage Crescent is a notable early example of the massive housing programme brought in by the first Labour government when it swept to power in 1935.State housing changed the face of almost every city and town in New Zealand.

Savage Crescent dates from 1937 and was designed as a 'garden suburb' with curved streets, and a central common reserve. It was the first of its kind outside the 4 main centres and has changed little in over 70 years. Labour Prime Minister Michael Joseph Savage spoke of building ‘smiling homes’ good enough for cabinet ministers to live in. This came to pass when Trevor de Cleeene and Steve Maharey, both ministers in Labour governments, lived in Savage Crescent. 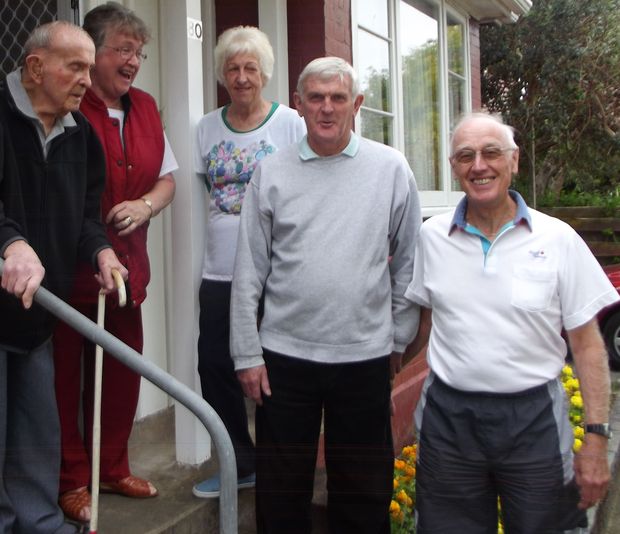 The ‘garden suburb’ concept of housing planning had its genesis in 19 century Britain and was given impetus in New Zealand by Prime Minister Richard Seddon’s 1905 Workers’ Dwelling Act and by on-going severe housing shortages. The 245 houses in Savage Crescent were carefully positioned to maximize sun and were solidly built of quality materials, sourced in New Zealand if possible. All were equipped with sun rooms, flush toilets, gas cookers and fitted cupboards.