Railway workers cottages dating from 1928 line Tarikaka St in the Wellington suburb of Ngaio. Susan Atkins lived there for 18 years from the mid-1980s. Susan and her son Arnaru recall life in the street and how the tightly knit community challenged the Railways Department when their homes were threatened. 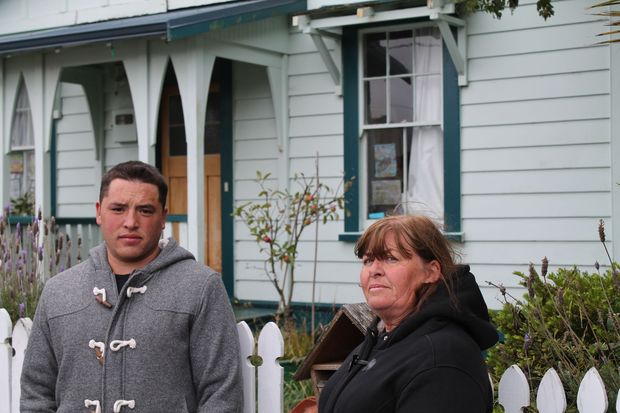 Susan and Arnaru Atkins at their former home 47 Tarikaka St.

Tarikaka Street had developed and extraordinarily strong sense of community which enabled residents to pull together and fight their landlord. Empowered by the juggernaut of Rogernomics, cash-strapped Railways first raised the cottage rents from $32 to $140 per week and then tried to sell off the cottages. 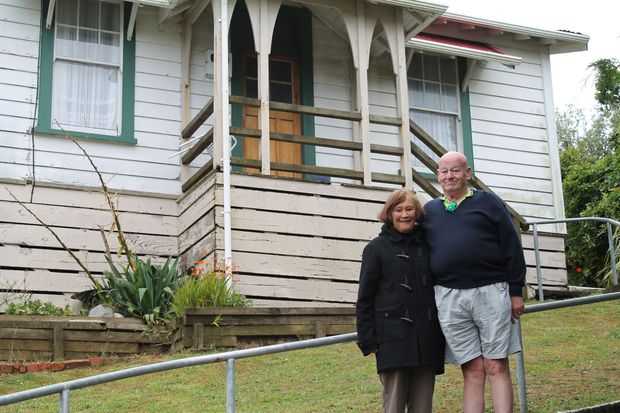 Joe and Hine Byrne in front of their cottage. Joe is still working for KiwiRail and is celebrating 45 years in railways.

Residents formed the Ngaio Housing Trust and with help from lawyer Donna Hall, former local MP Hugh Templeton and the Ombudsman, they successfully fought a 7 year battle which they eventually won in the Wellington High Court. Railways had wanted to sell the Tarikaka cottages in bulk to an Auckland business man but instead they had to offer them to to Tarikaka residents. The rent rises were declared illegal. 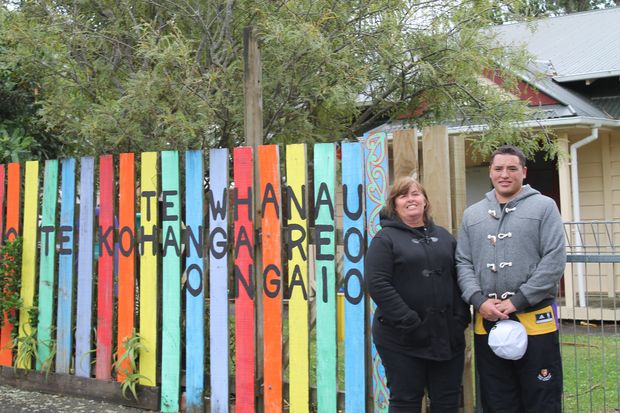 Two other railway communities, one in Lower Hutt, the other in Auckland, tried to emulate Tarikaka and bring a class action but both failed. The houses were sold in bulk and hundreds of residents had to leave.