The next time you stray off the beaten path near Kaukapakapa, north-west of Auckland, you wouldn’t be blamed for doing a double take if you think you’d seen a Tyrannosaurus Rex.  Chances are, you would have driven past the garden of Brian and Thelma Staines, where a model T-Rex stands guard in the front sheep paddock. 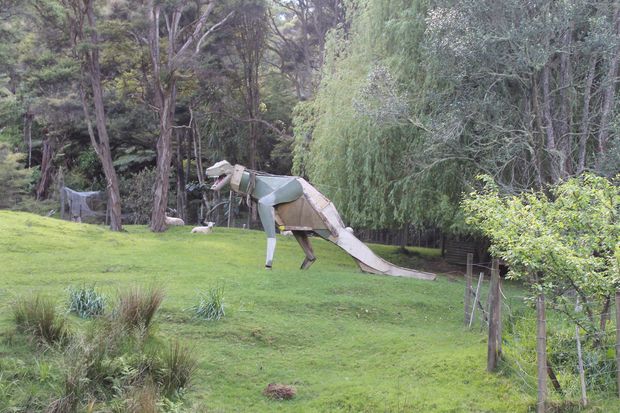 While the dozen or so woolly ruminants view their paddock-mate as nothing more than a glorified back rub, Brian’s creation never fails to raise a smile from visitors and passers-by alike, especially when he makes its head and jaws move via a nearly invisible wire. And it’s this knack of making things appear alive that has led Brian into his second career as a taxidermist. 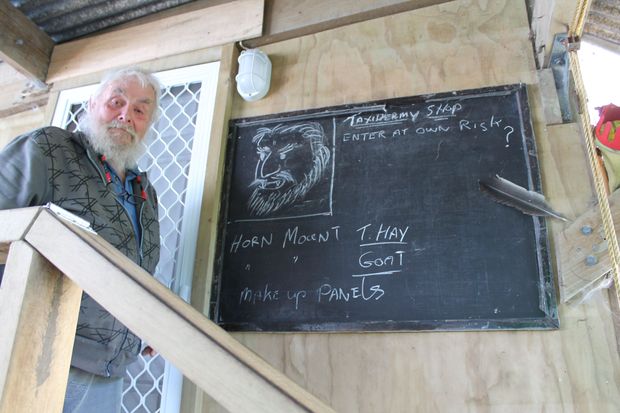 A retired joiner, Brian now employs his craftsmanship preparing animals for educational exhibits used by the Department of Conservation and Auckland Zoo. His taxidermy skills are also in demand from the hunting and fishing community and he has stuffed and mounted hundreds of animals, from deer and wild boars, to peacocks and crayfish. 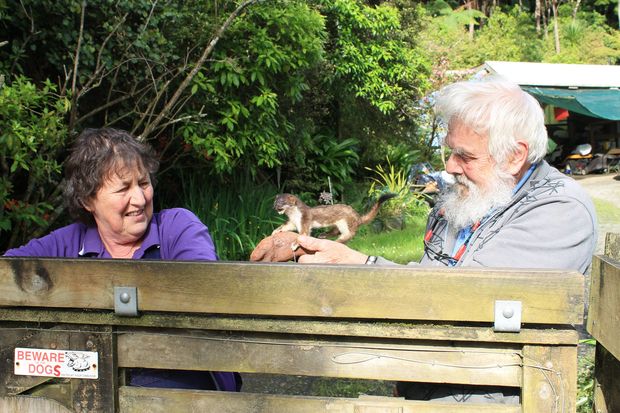 Thelma, Brian and a furry friend.

And Thelma’s also into preserving, just of a different variety.  Open any kitchen cupboard, and row upon row of jams and chutneys she’s prepared stand ready to be taken to markets across Auckland. Spectrum’s Lisa Thompson spends the day with the Staines and finds herself doing something she’d never imagined she’d do – helping to sew up a stoat!