The War of Bricks and Batons

In October 1913, minor disputes in the Huntly mines and on Wellington’s wharves soon spread to engulf the country. The Great Strike of 1913 reflected union dissatisfaction with the arbitration system and a growing confidence in union power. Some believed that if enough workers could join together in a general strike, they could take over their workplaces and run them for themselves. By November 1913 about 16,000 watersiders, miners, labourers, drivers and others were on strike, mostly in Wellington, Auckland and Christchurch. 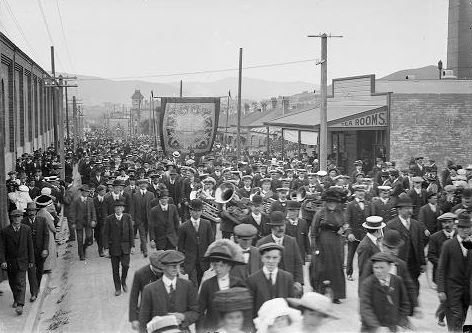 But Bill Massey’s conservative government was determined to confront ‘revolutionary unionism’ and the recently formed union organization the United Federation of Labour (the Red Feds). The police called for volunteers to help control the strikers and reopen the wharves. Thousands of these strike-breakers were recruited and enrolled as ‘special constables’ (temporary police). They were armed with wooden batons and horsewhips and some were issued firearms. Most were farm workers who rode into town on horseback and were soon named ‘Massey’s Cossacks’ by the strikers. 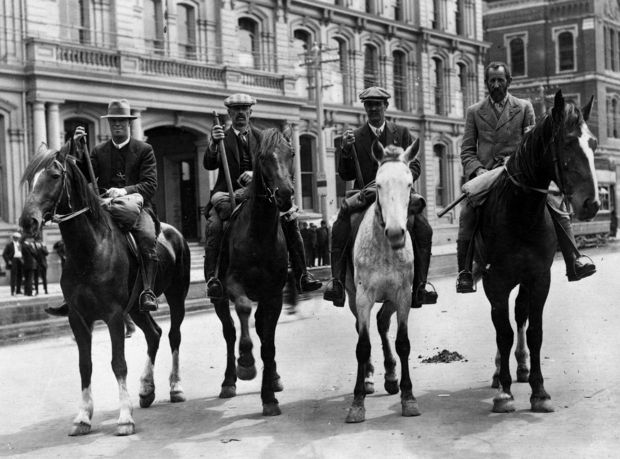 The strikers met Massey’s Cossacks with whatever they could lay their hands on - rocks, bricks and fence palings - and fierce street battles ensued. For several weeks the country was on the brink of violent revolution. 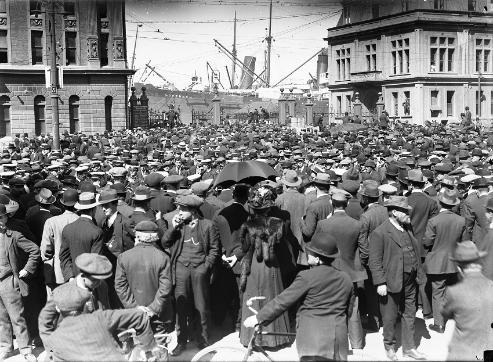 The government sent two naval ships to guard Wellington’s wharves and also mounted machine guns there. On 5 November 1913, special constables rode through Wellington and reopened the wharves. After six weeks the government arrested the main strike leaders and in mid-January the United Federation of Labour called for a return to work and the strike soon ended. 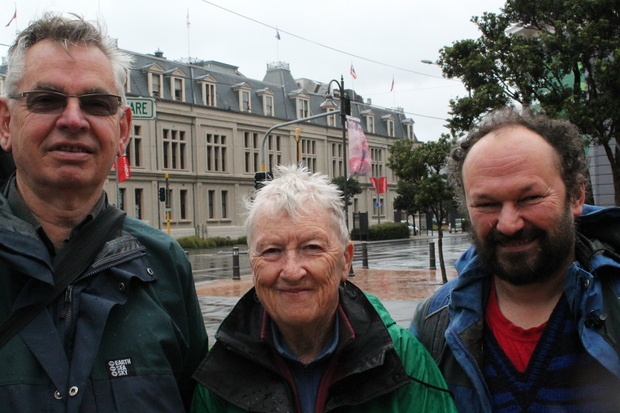 Post Office Square today with researchers Gavin Mickell, Sheena Hudson and Peter Clayworth. The original Harbour Board building is in the background.

Guided by researchers Gavin Mickell, Sheena Hudson and Peter Clayworth, Spectrum’s Jack Perkins marks the centenary of the strike by visiting some of the key places in Wellington where strikers clashed with strike-breakers.