Sound Around the Clock

In 1936, Professor James Shelley, the first director of the National Broadcasting Service (NBS) envisioned a headquarters for New Zealand radio to be built in Wellington. War and the shortages that followed delayed its construction but finally Broadcasting House opened in 1963. 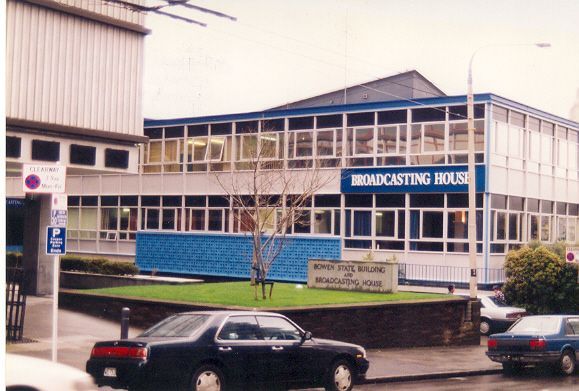 The four storey facility (2 floors below ground) contained 7 studios, two of these could accommodate audiences, bands and small orchestras and were considered world-class. Home to Wellington’s radio stations and other production units, Broadcasting House also contained Master Control, the nerve centre for the country’s radio networks. 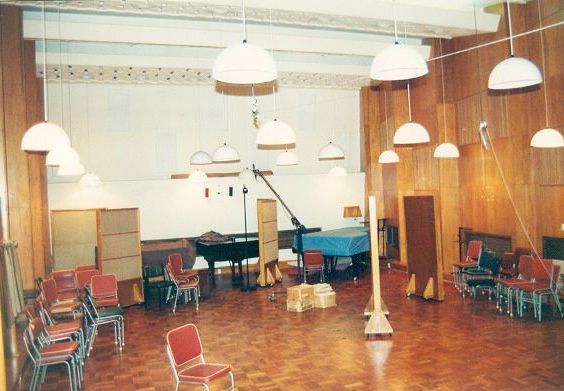 Studio One could accommodate an audience, bands or a small orchestra. The accoustics were excellent.

Its Japanese-made technical equipment was state-of-the-art and one of the building’s distinctive and advanced architectural features was the hyperbolic paraboloid roof, designed to span a large space with few supporting columns. Broadcasting House was demolished in 1997 to make way for an extension of parliament that never happened. 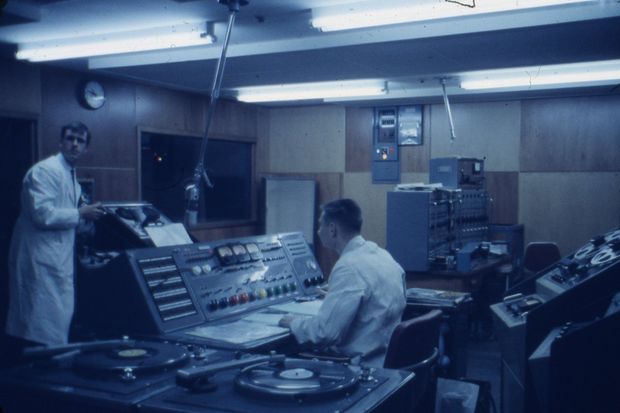 In 1972, Spectrum’s Jack Perkins recorded a day’s activities in Broadcasting House. He followed the preparation of programmes such as Jessica Weddell’s ‘Feminine Viewpoint’, ‘Appointment at Four’ with John Gordon and Lindsay Yeo’s commercial breakfast session live on 2ZB. This re-broadcast of ‘Sound Around the Clock’ marks 50 years since the opening of Broadcasting House. 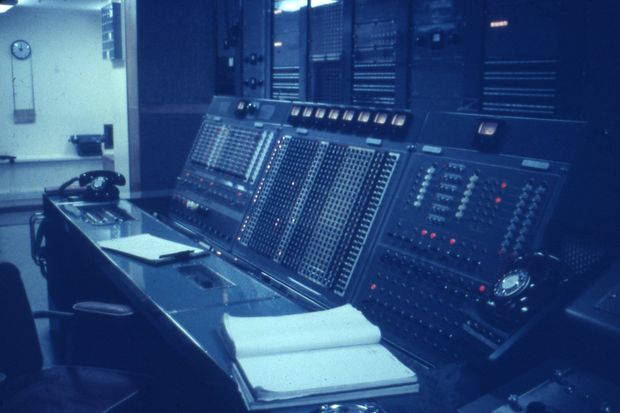