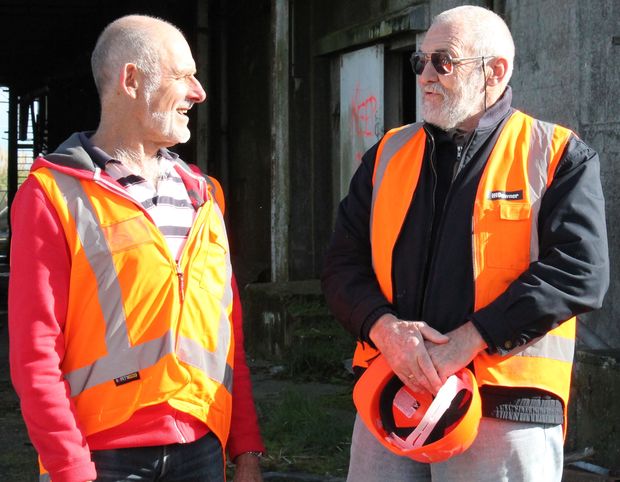 ‘Men smoked and stubbed their butts out on the carcasses but they were washed later. In fact, the works used huge amounts of water to wash and clean everything – 40% of the Palmerston North supply’, says Roger Middlemass. ‘And prior to the 1970s, workers dressed in any old gear – black singlets, gumboots, jeans. 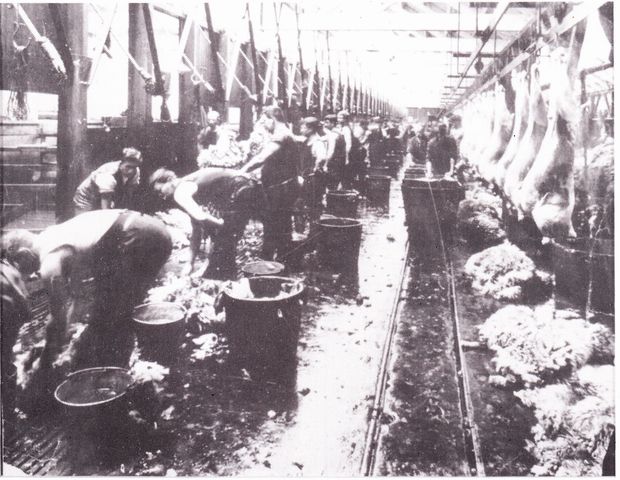 The early 1970s saw stringent hygiene regulations introduced to comply with international standards. Everyone had to wear sterile white clothing, including aprons and caps. And the first women began work on the slaughter board in 1974. 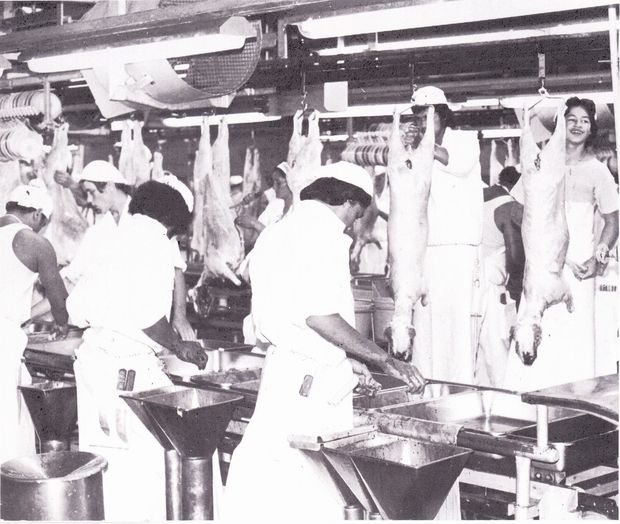 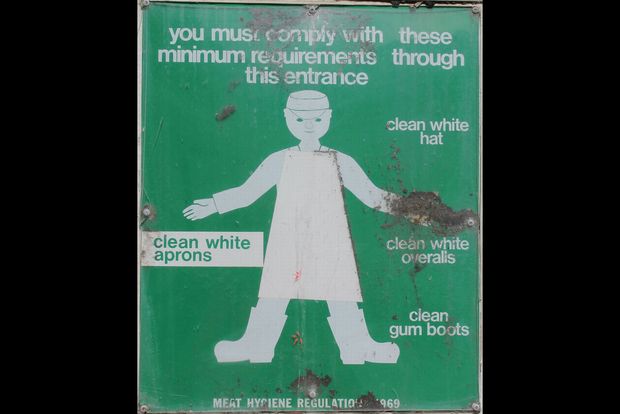 Longburn’s owners imposed a lock-out in 1986 when workers refused to accept a severe wage cut and the works was mothballed. It closed in 1989, one year short short of its century. 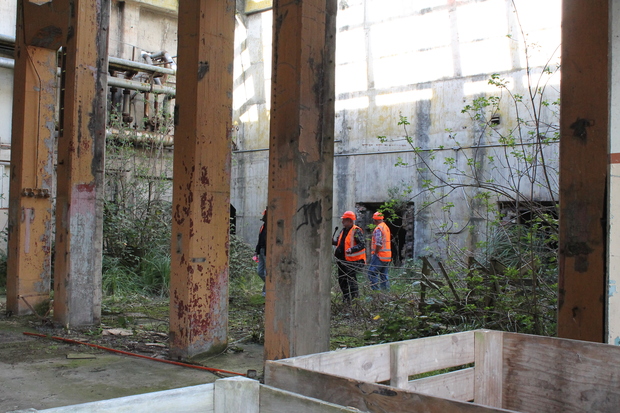 The one-time boiler room 2013. Like the rest of the plant it's marked for demolition