For twenty five years Merv Smith was a house-hold name as he fronted the breakfast show on Auckland’s 1ZB, New Zealand’s first commercial radio station. Thousands tuned in to the Early Bird show every morning to hear Merv, his Scottish spider friend McHairy, and his ubiquitous train whistle. 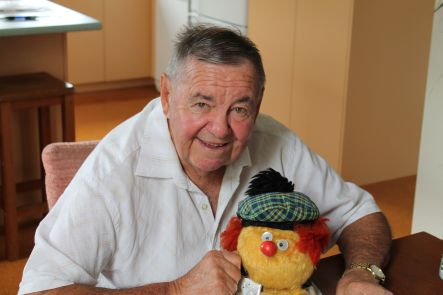 He stepped down from 1ZB in 1987, but continued to broadcast on Radio I and Radio Pacific, before finally moving to a Country FM, a music station he helped found but which eventually failed.Merv’s voice has continued to feature in radio and television commercials, a kid’s video series called Buzz and Poppy, and in audio books for the blind.Spectrum’s David Steemson drops in on Merv who has turned 80 this year. 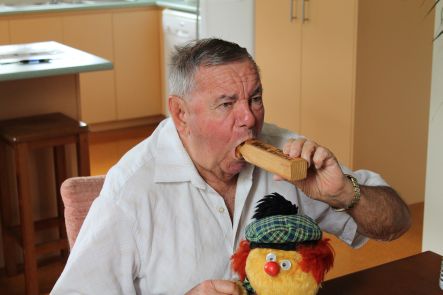 Merv with McHairy and train whistle