Since the Christchurch Earthquakes propelled Paul Fleming from his Chancery Lane shop in Central Christchurch, he has begun a business called Happy Tours featuring an immaculate Austin Seven called Myrtle. 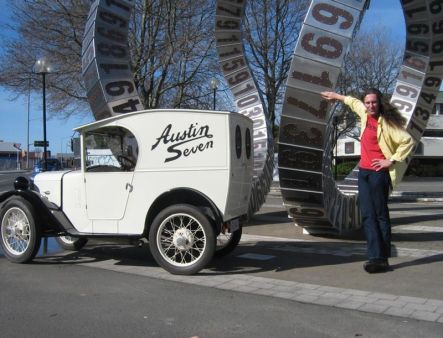 Paul recently won a tender granted by the Canterbury Earthquake Authority Cera, to begin touring the central city Red Zone, or Rebuild Zone as they now prefer to call it. 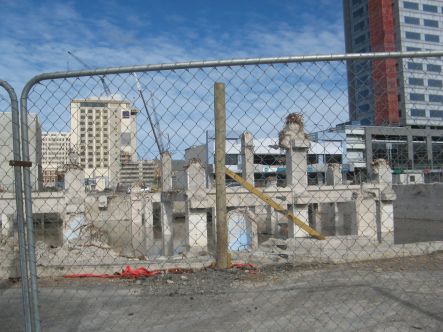 Was it the BNZ? With so many landmarks gone its hard to remember what was where.

From selling Zippo lighters and Cuban Cigars, in Chancery lane, he now shows locals and tourists what is going and what is staying in the heart of the city and also what is new. 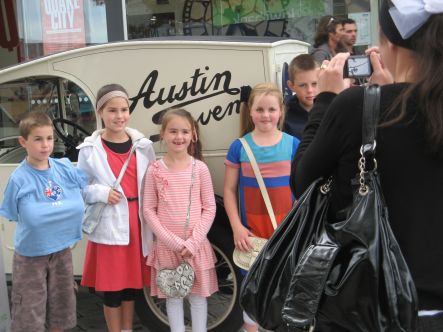 Myrtle is a favourite backdrop for family snaps

‘Every day the red zone gets a bit smaller as more streets open up. I never know how it will be from one day to the next,’ he says. 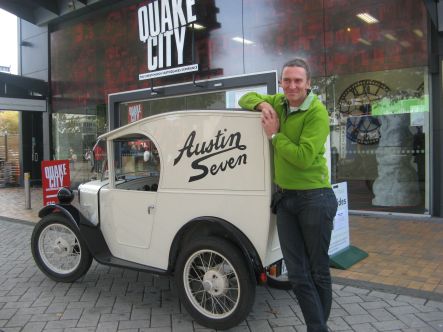 Myrtle’s skinny tyres, height off the ground and power ratio means she can cope with any rough roads inside the perimeter