The Avon Loop has attracted residents, many with a background in the arts and politics, for generations. Its history stretches back to the days when a Ngai Tahu kainga traded vegetables and flowers alongside the river which winds and defines the boundaries of this community, now shattered by the Christchurch earthquakes. 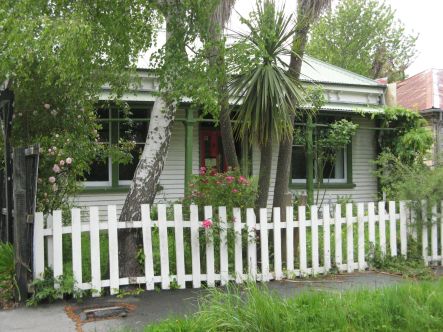 Deserted yellow stickered cottage. Ground movement since the earthquakes is highlighted by the picket fence.

Whole streets are up for demolition. All the workman’s cottages, the former rowing headquarters and the town house of a wealthy banker are zoned to go: 78 homes in all, making up 75% of the buildings. 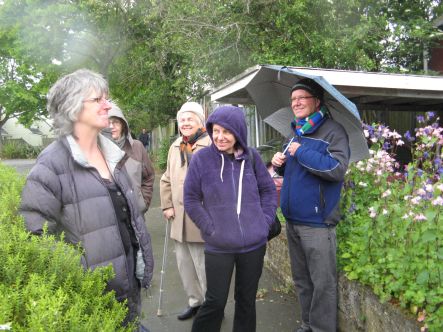 The famous Locke residence (home to socialist and writer Elsie Locke, her children and grandchildren), was reconfigured by the late Peter Beaven and received no discernable damage. However, as time and movement continues the ground around it spreads like a pancake into the river. The house is ‘green stickered’, but it’s in the ‘Red Zone’ and has to go. 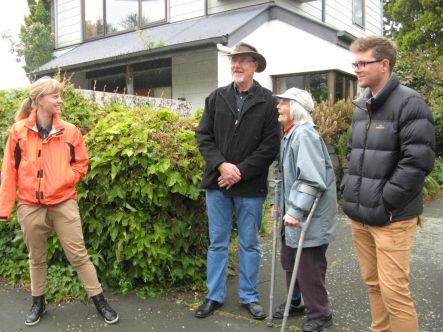 3 generations of the Moss family outside Janet's house.

93 year-old Janet Moss lives further along the road. Her downstairs unit was red stickered but upstairs is on a separate title and has been deemed fixable (Yellow stickered). ‘These are systemic issues which should have been dealt with ages ago’ says her son Mike Moss, but he’s still able to laugh over a cuppa back at the community centre. 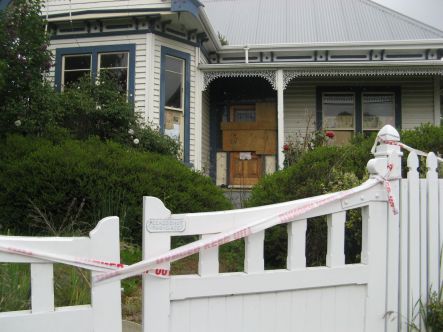