Blue lines on Owhiro Bay roads indicate tsunami safe zones. Their faces also painted with blue lines, children of Owhiro Bay primary school and kindergarten sing about coping with an earthquake and tsunami which could devastate communities dotted along Wellington’s rugged south coast. The children are just one part of a community effort to raise awareness about the threat posed by tsunamis; the Japanese disaster last March lent an added spur. 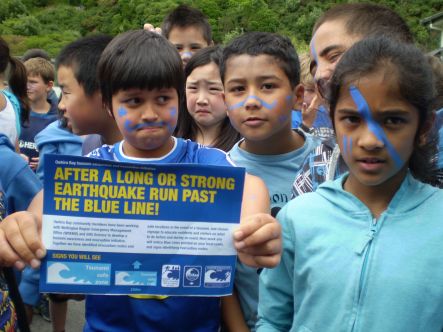 In 1855, Wellington’s worst earthquake since European settlement created a 5 metre tsunami but dwarfing this, scientists have modeled a worst-case scenario of a powerful earthquake in Cook Straight which would bring ashore a 35 metre surge within minutes of the quake. 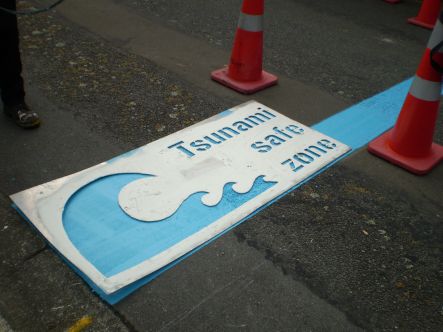 The Island Bay and Owhiro Bay communities have collaborated with GNS Science and Wellington Region Emergency Management Office (WREMO) to identify evacuation routes and safe locations. Every household is encouraged to stock up on equipment and develop a plan to cope in an emergency. The scheme has attracted world-wide attention and won international awards. 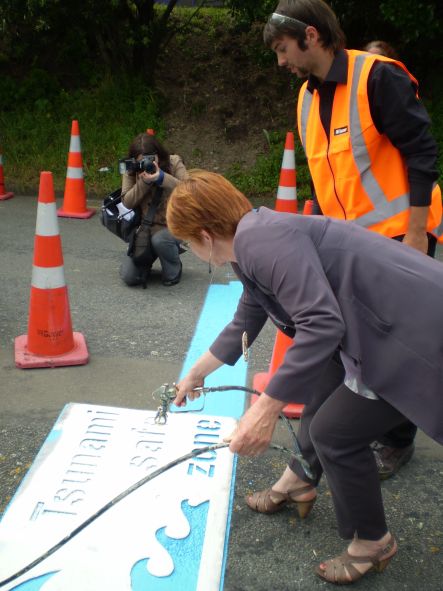 Teams equipped with stencils and spray guns are busy marking local roads and putting up signage to educate residents and visitors on what to do during an event. Spectrum’s Jack Perkins follows the blue lines and finds out how locals plan to cope with a worst-case scenario. 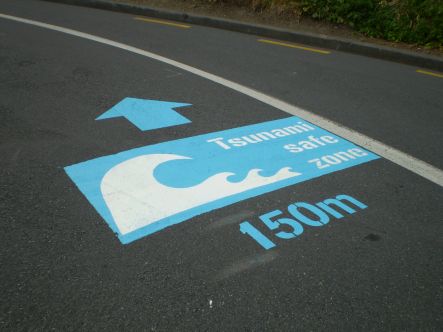