Every parent wants to see their child grow up and achieve their own independence.  For parents of children with a disability this can seem an impossible aspiration.  But John and Jane Taylor have found a way for their 24-year-old son Lawrence, who was born with Down syndrome. 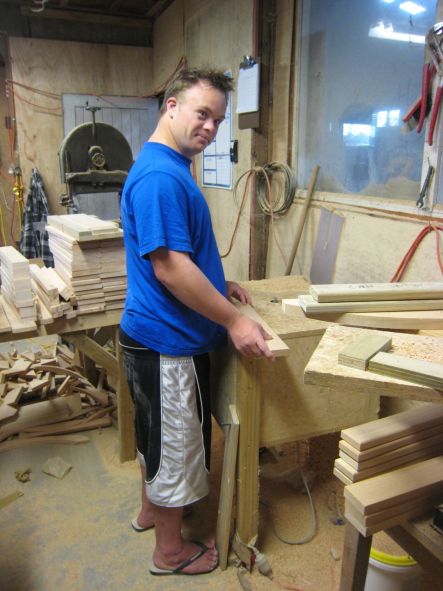 Lawrence using the sander to smooth down the edges of chair legs.

After he graduated from Unitech's Employment Skills training programme, Lawrence's parents were determined to keep fostering their son's autonomy by finding meaningful work for him.  And after commenting on a friend's Cape Cod chair one evening, the seed of an  idea presented itself. 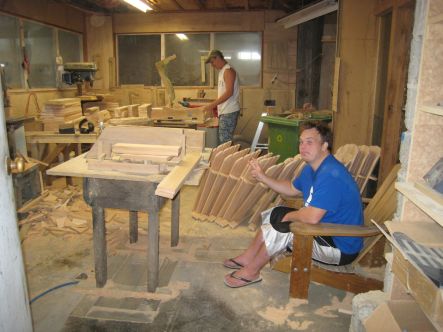 Lawrence taking a break, while helper Will finishes a chair seat.

A furniture-maker by trade, John took one of the chairs away and refined its design.  He then carefully worked out a production system that would allow Lawrence to assemble a chair from scratch, with only minor assistance. John's cousin owns a timber workshop in the Auckland suburb of New Lynn and provided Lawrence with a rent-free workplace. Try21 chairs, which refers to trisomy 21 (another name for Down Syndrome), were born. 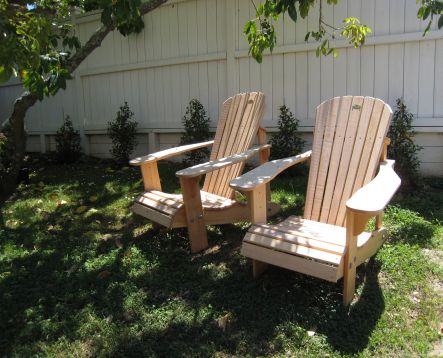 With a sustainable business model set up to ensure Lawrence remains a cornerstone of the business, rather than an employee, John and Jane Taylor have enabled their son to do a normal day's work alongside others in the workshop.  And they hope the chair's popularity will guarantee their son genuine employment for years to come.Join Spectrum's Lisa Thompson as she takes a tour of Lawrence's workshop and learns the finer points of crafting not just furniture but a future.