Driving rain hammers on the awnings attached to the housetrucks, buses and vans clustered on the playing field behind Waitara central school, north of New Plymouth. Foul weather doesn’t deter the Gypsy Travellers from displaying their wares, although precious few customers are braving the rain. But as Spectrum’s Jack Perkins discovers, it’s love of the life-style which keeps the Gypsy Travellers on the road. 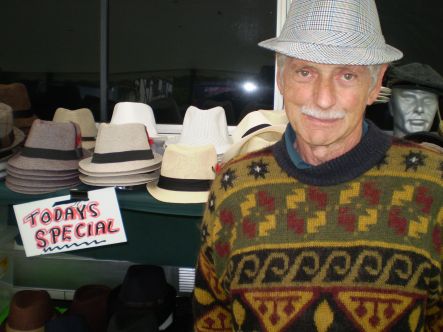 Merv learned his trade as a hatter and then took to the road 40 years ago. He and his wife travel the north island for 8 or 9 months each year and then use the money they’ve earned selling hats to fund themselves into missionary work mostly in Africa. Merv also helps those with drug and mental health problems who he meets on the road. 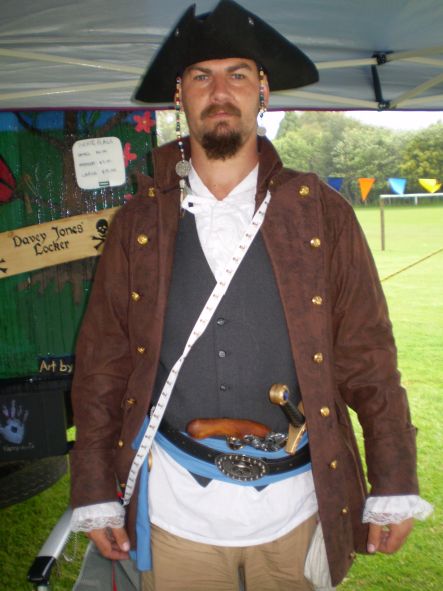 This Captain Jack Sparrow look-alike was drawn to the movie series ‘Pirates of the Caribbean’ starring Johnny Depp. The movies helped him cope with severe depression and he even began dressing as a pirate as well as displaying piratical goods on his stall. His partner owns their van which has no shower or stove. A bigger van with better facilities would be great but they would never swap it for a house and section – they love the travelling life. 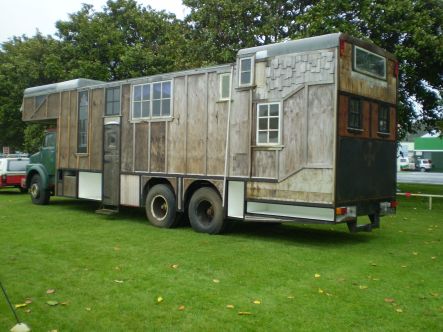 Some housetrucks have considerable time and money invested in them. But as well as constant maintenance, there are other costs such as road user charges, which all goes to ensure that the Gypsy Travellers stay on the road for the lifestyle and not to get rich. 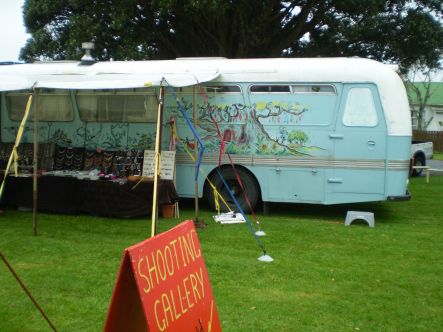