Dr Arthur George Harvey practised in the southern Taranaki town of Waverly and its backblocks from 1895 until his death in 1927 at the age of 61. He served the district beyond the call of duty and met difficulties with zeal and ingenuity - his inventiveness was legend.http://www.teara.govt.nz/en/biographies/3h10/ 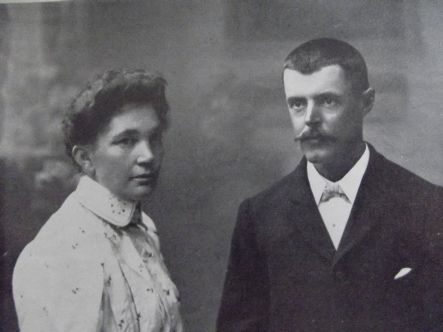 In the absence of telephones he provided backblocks patients with boxes of homing pigeons for urgent communications. He worked with local blacksmiths at devising spring-loaded stretchers to ease the jolting of patients being brought back to hospital. With the aid of the local tinsmith he constructed a hot-water jacketed incubator for premature babies. Requiring extra distance for eye-sight tests, he had a metal funnel built into an outside wall of his tiny surgery. At the end of the funnel were numerous discs, lights and test charts which were operated by a complex system of pulleys. This device gained fame as the doctor's 'shooting gallery'. 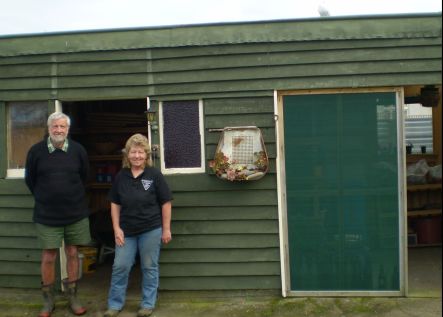 His services were available to all, regardless of their ability to pay, and his bills were extremely modest. His generosity may have created difficulties for his family at times but it was greatly appreciated by his patients who, in 1910, clubbed together and presented the doctor with a brand new car to replace his previous vehicle. The car, a Belgian FN, became famous in the district. It was usually covered in mud and carried chains and wire-strainers for negotiating the treacherous clay roads. A spring-slung stretcher was often mounted on the side of the car. 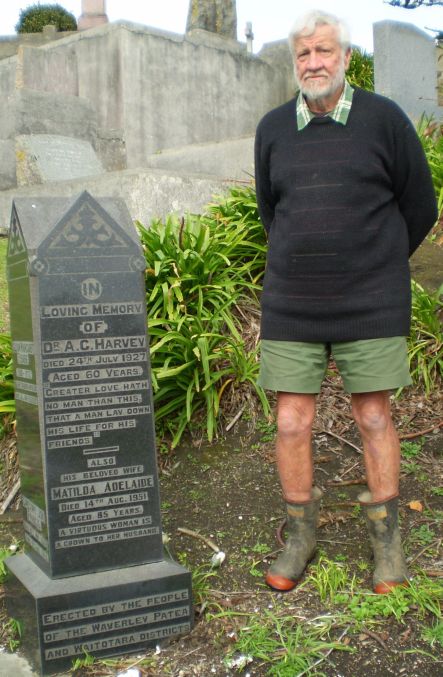 Robert Bremmer at the grave of Dr Harvey and wife Tilly

Harvey had a small, somewhat frail physique and drove himself to the point of exhaustion in the service of others. On 24 July 1927 at Patea Hospital he succumbed to pneumonia contracted while visiting remote patients in severe wintry conditions. Waverly locals, including Robert Bremer, who is related to Dr Harvey's wife Tilly, recreate the doctor's extraordinary story.