The commanding landmark of Rangitoto, the largest and youngest of the islands in Auckland's volcanic field, has long attracted day-trippers keen to make the short, sharp hike to its summit.  For many, the experience of Rangitoto's lava-strewn landscape is limited to a few short hours, ultimately dictated by a ferry timetable. But for small handful of families, time on the island stands almost still. 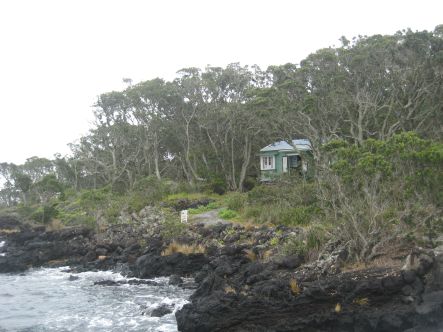 These are the descendants of a once thriving bach community during the 1920s and 30s, when 140 baches were spread over three sites at Rangitoto Wharf, Islington Bay and McKenzie Bay.  Built using the scarce resources of the Depression era, the buildings demonstrated the jack-of-all-trades attitude of the times, cobbled together with whatever materials were at hand.  While life was always basic on the island, with no electricity, hot or cold water, locals found a way to make cakes, scones and roast meals on Sundays.  Community activities included fishing competitions, local dances and dinghy races, with Christmas and New Year celebrations involving the whole community. 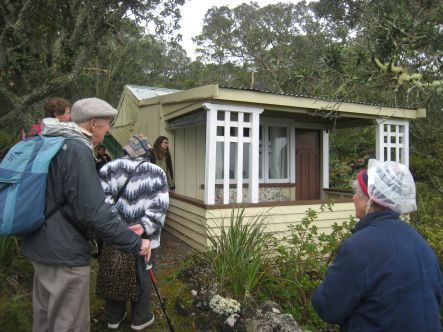 However, a prohibition on further buildings or renovations from 1937, combined with mandatory demolition on the death of a leasee, saw many baches disappear during the 1970s and 80s.  Remnants of this bygone age are still visible scattered along the craggy shoreline - foundations, chimneys, disused boat-slips and overgrown gardens, slowly being reclaimed by the Pohutakawa forest. 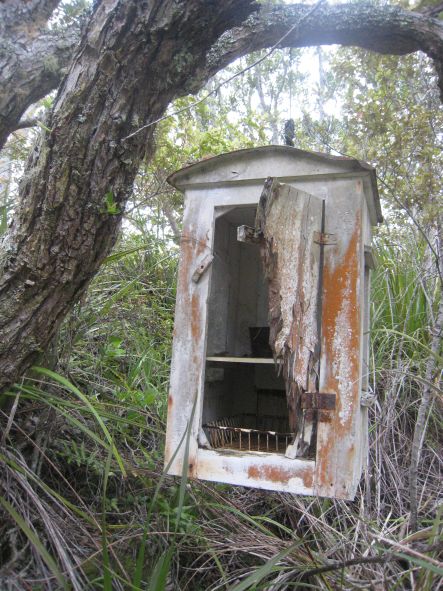 But 34 baches still remain, locked in a gentle time warp, and charged with helping restore the dwellings when they become available is the Rangitoto Island Historic Conservation Trust. Spectrum's Lisa Thompson travelled to Rangitoto during a recent trust working-bee, to meet those ensuring the island's slice of Kiwiana lives on.