Wah Lee the shop, has been supplying spices, medicines and a plethora of Asian goods to Aucklanders for a hundred years. These days its run by the diminutive Barry Wah Lee. Barry's grandfather had the first shop on Grey's Avenue down the hill from its present site, and right opposite the Auckland Town Hall. Barry says he had a great childhood growing up there, watching the celebrities come and go… the Beatles and the Supremes amongst them.

But when he went to Auckland Boys Grammar school that was "weird and snobby". He was one of two Chinese boys there.

The Grey's Avenue shop was bowled back in the sixties along with all its neighbours. Wah Lee's has been on Hobson Street for the last forty years. On most days Barry is there behind the cluttered counter, smiling a welcome. Wah Lee means peace and prosperity after all. 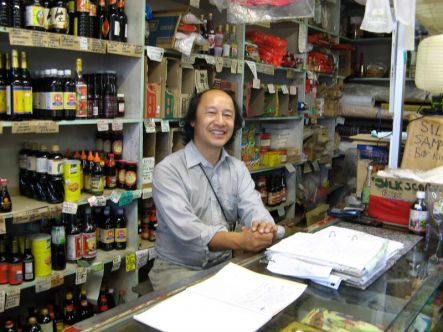