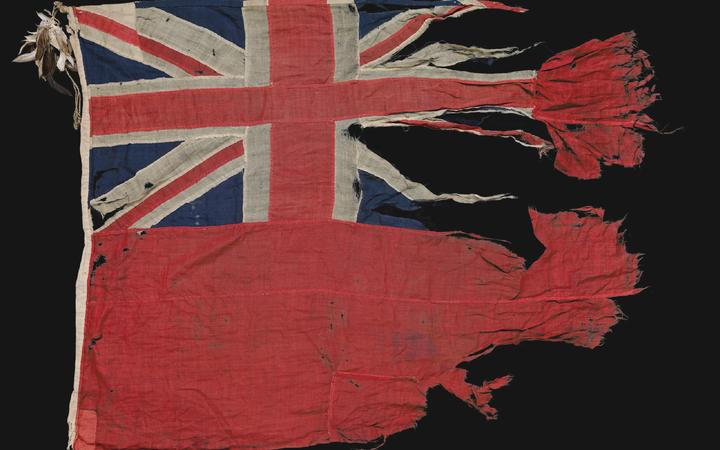 The New Zealand Wars were a series of conflicts fought between the Crown and various Maori groups between 1845 and 1872. Profoundly shaping the course and direction of our nation's history, the wars have been neglected, misrepresented and have had little hold on the popular imagination.

Today, however, interest in the wars is reviving, in part due to books like The New Zealand Wars | Ngā Pakanga o Aotearoa published earlier this year by Bridget Williams Books. Mihingarangi Forbes interviews the historian Vincent O'Malley about the stories of wartime in front of an audience at Te Papa.

From the introduction to the session by Vincent O'Malley:

The New Zealand Wars were a series of conflicts that profoundly shaped the course and direction of our nation's history. Fought between the crown of various groups of Maori between 1845 and 1872, the wars touched many aspects of life in 19th-century in New Zealand - even in those regions that were spared actual fighting.

And physical remnants or reminders of these conflicts and their aftermath can be found all over the country. Many New Zealanders, Maori and Pakeha, could probably trace descent from at least one ancestor caught up in these wars. Some people will have forebears who fought on both sides. 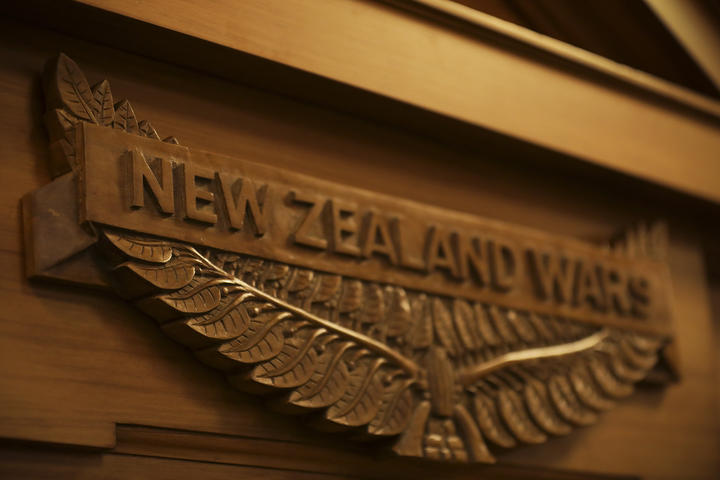 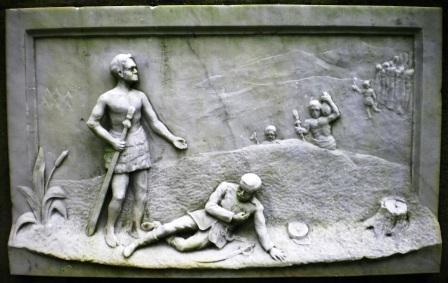 The wars are an integral part of New Zealand's story, but we haven't always cared to remember or acknowledge them. For much of the period since 1872 Pakeha have either clung to a highly romanticised version of these wars.

They emphasise mutual chivalry and heroism but was devoid of more disturbing truths, or when that was no longer tenable, simply ignored them altogether. But this is our story, our history.

It happened here in this place, relatively recently in historical terms, but it had profound consequences for what New Zealand was and what it would become. So that's why it's really important to remember this history today.

To say that the wars were fought between Maori and the Crown is slightly misleading because for one thing, Maori fought on both sides. 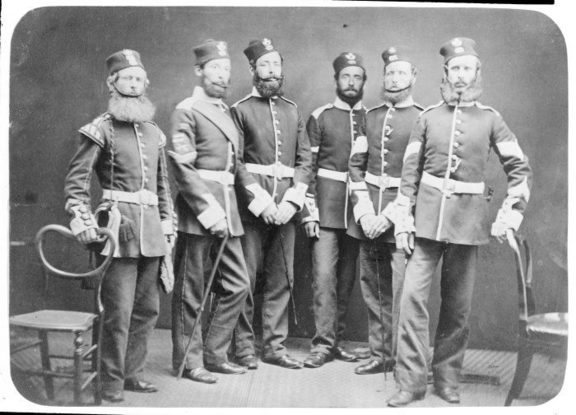 So in desperate circumstances Maori communities had to make life or death decisions to ensure the survival of their whanau and hapu.

British imperial troops did the bulk of the fighting on the crown side before 1865. For the rank and file soldier, life in the British Army at this time was pretty tough.

The pay was poor living conditions were often squalid and alcoholism was rife.

The discipline was harsh, including brutal public floggings, that sometimes left grown men who witnessed them in tears and understandably, desertion in these circumstances was widespread.

And just as loyalists, Maori had their own reasons for fighting so did a lot of those who fought in the British Army. 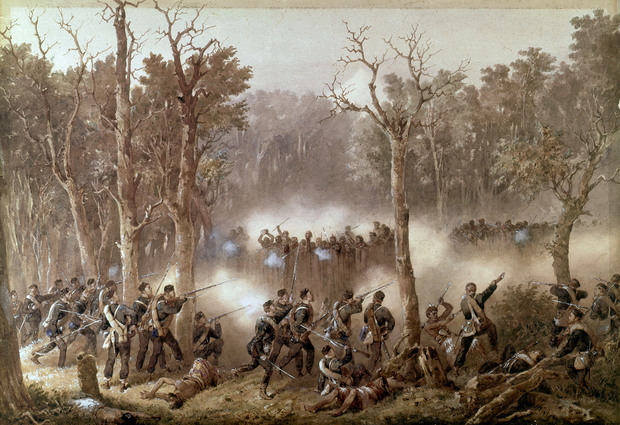 Thanks to the work of Charlotte McDonald, we know that up to two-thirds of the rank and file soldiers were Irish, and as somebody of Irish-Catholic extraction myself, I often wonder how they felt about fighting a war of conquest and dispossession for the very same British Crown that had used their country as a template for British imperialism.

The short answer is, a lot of those guys were illiterate, so they didn't leave behind a lot of letters, journals or diaries recounting their thoughts. But there's enough anecdotal evidence to suggest that a lot of them became increasingly disillusioned with the wars. 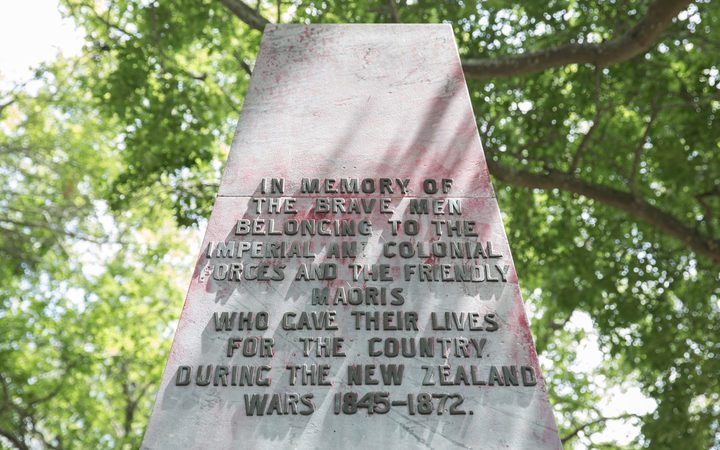 The war memorial on the corner of Symonds Street and City Rd in Auckland Photo: RNZ / Claire Eastham-Farrelly

So a lot of the troops sought their discharge from the army in New Zealand. So the British Army leaves in 1870, but a lot of the individual soldiers remain behind. And a number of them actually end up marrying Maori women from the very same iwi that they've been fighting against.

After 1866 colonial troops, including conscripted militia volunteers, military settlers, specialist units such as the Forest Rangers, and the armed constabulary along with their Maori allies were exclusively responsible for fighting on the Crown side. 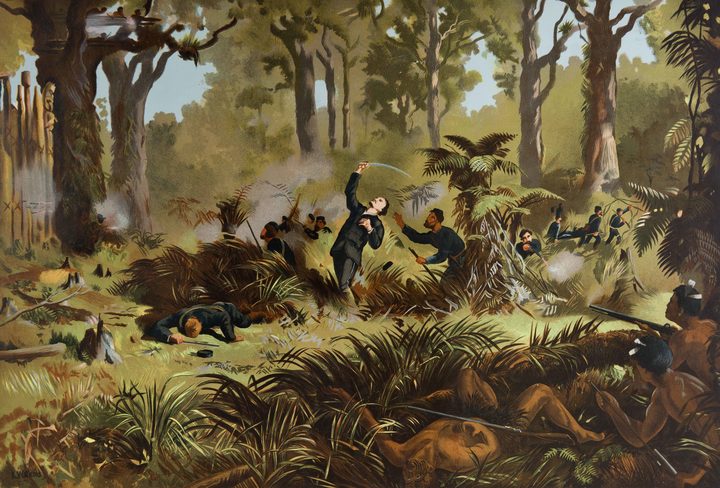 Kennett Watkins’ romanticised painting of the death of Gustavus von Tempsky during a battle against Tītokowaru at Te Ngutu-o-te-Manu, 1868. Photo: NZ History

In settlements like Auckland and Wellington all Pakeha men aged between the ages of 16 and 55 were label to conscription, although lunatics, priests and Members of Parliament were exempt.

The Maori communities they fought against had no standing armies. They were a civilian population fighting in defence of their homes and their lands with weapons that in many cases dated back decades. 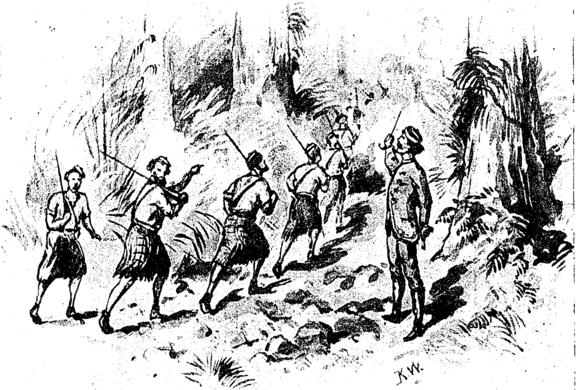 And often without artillery or adequate ammunition. So, you know, the Crown had armour-plated steamers and Maori had wooden canoes. So really, in these circumstances just surviving is quite miraculous.

Land sovereignty and lurking Victorian assumptions of racial dominance are all factors in these wars.

An overarching theme of all the conflicts was a tension between increasing crown assertions of unbridled sovereignty and Maori expectations of continuing chiefly authority.

And at their core, a lot of these conflicts raise the same question, whose will was going to prevail? And that was bigger than a question of land ownership. 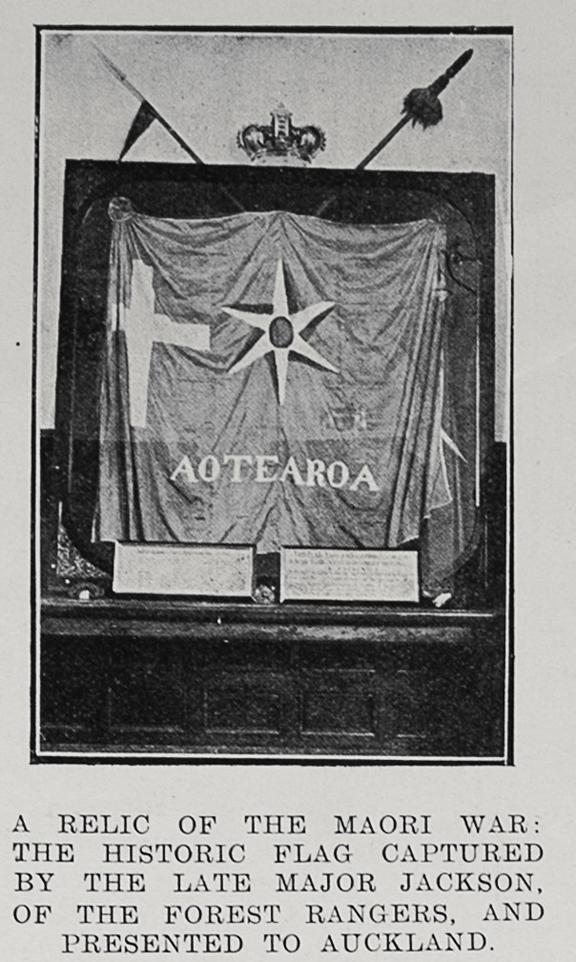 It went to the heart of how Maori and Pakeha would live together in this country. Would Maori share the same fate of many other indigenous peoples around the globe, being reduced to a state of subservience and perhaps even facing the prospect of total extinction?

Or was New Zealand somehow different? Would the promises from the Treaty of Waitangi be upheld by the Crown?

Well, we not only know the answer to that question today, but we also live with the consequences in so many ways. The native land court wouldn't have been possible without the New Zealand Wars, neither would the native school system.

We live with the consequences of that today. We are living the New Zealand Wars: actual fighting might have ended in 1872, but their legacy continues to be felt in many ways.

An awareness and knowledge of this historical context is crucial to fully understanding the present. Any discussion of contemporary Maori poverty that fails to acknowledge the long history of invasion, dispossession and confiscation is missing a vital part of the story.

You can't understand what's happening at Ihumatao without first knowing some of the history of the Waikato war of 1863-1864. 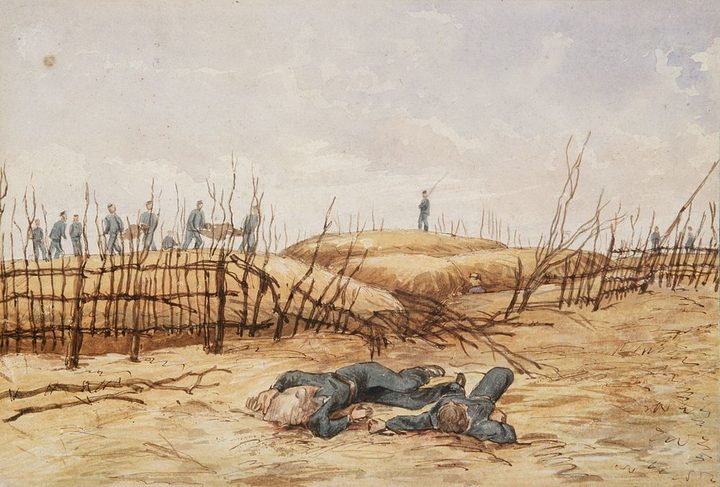 Horatio Robley's paintings of Gate Pa are some of the most evocative images of the New Zealand Wars Photo: Alexander Turnbull Library

The rough and ready balance of power between Maori and Pakeha that has survived since before the treaty was signed in 1840 finally came to an end in the 1860s.

Having assumed effective control over the country in accordance with their long-standing expectations of racial dominance, settlers weren't willing to share that with Maori. And the wars left Maori communities with deeply entrenched grievances.

A haka on Parliament grounds during the presentation of a petition in 2015 to have the Land Wars recognised. Photo: RNZ / Alexander Robertson

Actually talking about the history will, I suggest, bring us together rather than tear us apart. This doesn't require feelings of guilt or shame, just honesty and a willingness to confront these difficult topics. I think just maybe we're starting to turn a corner right now. And that's certainly not before time. 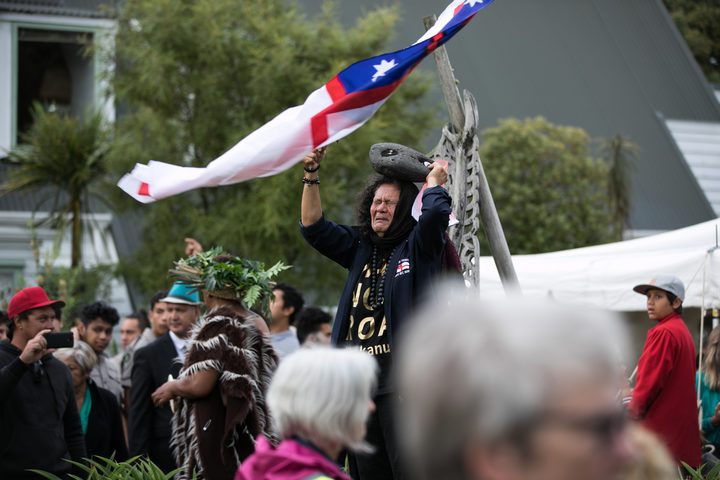 Explore the stories of Waitara and the Battle of Ruapekapeka in RNZ's special web pages devoted to the NZ Wars.

Vincent O'Malley  on his book The Great War for New Zealand 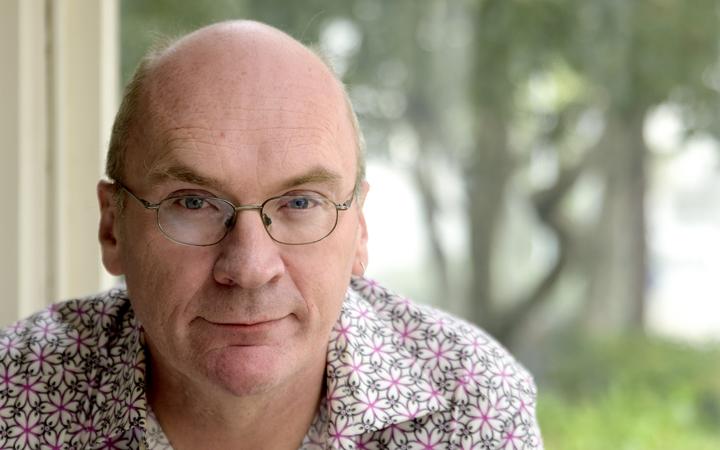 Vincent O’Malley is a founding partner of HistoryWorks, a group of historians specialising in Treaty of Waitangi research. He is the author of a number of books on New Zealand history including The Meeting Place: Māori and Pākehā Encounters, 1642–1840 (Auckland University Press, 2012), which was shortlisted in the general non-fiction section at the New Zealand Post Book Awards in 2013, and Beyond the Imperial Frontier: The Contest for Colonial New Zealand (Bridget Williams Books, 2014).

Dr O'Malley's landmark book on the Waikato War, The Great War for New Zealand: Waikato 1800-2000, was published to acclaim in 2016. Spanning nearly two centuries from first contact through to settlement and apology, this remarkable and best-selling history focuses on the human impact of the war in the Waikato, its origins and aftermath.