Can art be viewed in isolation from the life of the artist who produced it? It's a question increasingly troubling galleries and cultural institutions.

Earlier this year a City Gallery exhibition of Dutch-New Zealand artist Theo Schoon provoked protest by a group who voiced their objections to his cultural appropriation of Māori culture by standing in the gallery wearing T-shirts saying "Theo Schoon is a racist". 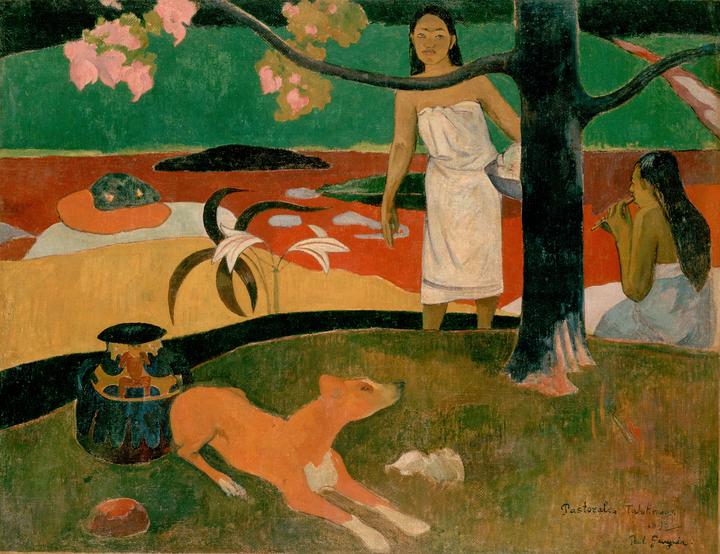 Now French painter Paul Gauguin is in the spotlight. The art he produced on his 19th Century sojourn on the island of Tahiti is hugely popular, but it was made by a man who had sex with teenaged girls and called Polynesian people "savages".

Should this information influence the way we view his work today?

Writer Farah Nayeri has tackled Gauguin's troubling legacy in a The New York Times piece Is It Time Gauguin Got Canceled?

Nayeri says she grew up in France and has always admired Gauguin’s art, even to this day.

“He’s an artist I’ve been aware of for a long, long time - since my teens I would say.”

She says Gauguin was already a married man with five children when he “married” a teenage girl in Tahiti. He abandoned her and went back to Paris after around a year. Returning two years later, he tried to take it up with the teenager again but she wouldn’t have him.

“This is a man who has a family in Europe, a wife and five children, and he’s not divorced from his wife. Yet, he travels to Polynesia and moves in with young girls who are 13 or 14. As the curator at the National Gallery said, he was a callous man.”

Local curator Ashley E. Remer described him as an “arrogant, overrated, patronising pedophile” and said if the paintings were photos, we would not be so accepting of them.

While Nayeri doesn’t hold the same views about Gauguin as an artist, she says she makes a good point about the photographs. 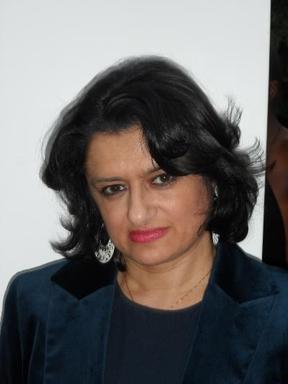 “It did make me think, because if these were photographs I think we indeed would be shocked because these girls are very young.”

She says that while his reputation was well known in his own time, there have been many Gauguin exhibitions in the past few decades that didn’t address his troubling nature.

“This aspect of his private life was not pointed out and now I think the feeling is that, ever since the Me Too movement which has had ripple effects in pretty much all walks of life, museum curators - even mainstream ones - are feeling like they need to point this out. We cannot sweep it under the carpet, it needs to be brought up and discussed or at least mentioned.”

She says the column she wrote got a strong reaction, particularly in France, and the headline in particular really irked people. She’s adamant she’s not calling for Gauguin to be blacklisted, it was simply a rhetorical question in the context of the National Gallery exhibit.

But the question begs, can we abhor the artist and admire the work?

“I think the answer is, in the most cases, in the affirmative. Certainly the people I spoke to, including Remer, even she’s not saying let’s stop showing Gauguin altogether. Everybody is saying, we should continue the art of painters such as he, but being upfront about it and not concealing this aspect of his life.”