Capital in the Twenty-First Century by French economist Thomas Piketty was hailed as a game changer when it came out.

In it Professor Piketty described a future increasingly unequal and socially immobile, where the few very rich will pass their wealth on to their children and politicians will exploit inequality.

The book has now been made into a movie directed and produced by New Zealanders Justin Pemberton and Matthew Metcalf.

It is about to be shown at the New Zealand International Film Festival.

Although not an easy book to film, it has over 100 graphs and is 700 pages long, Pemberton says. Piketty who was involved in the project from the beginning wanted the film to complement, not replicate, the book.

“He sent me an e-mail saying I think I'm going to like this film very much, which is something I held on to, I thought it was a great thing to say. But he also had ideas. He definitely wanted more history than my original treatment.”

That broad sweep of history is what makes Piketty’s book so impressive, Pemberton says.

“He looks at about 400 years of capital and he starts before the industrial revolution which is the moment where in many ways capital was set free. Before that, it was just money lending and land.

“And he really kind of discovered that that natural setting for capitalism isn't the golden years after World War II, where the middle class rise up and social mobility is for the first time really possible. He saw that we were heading back to that 18th/19th century style capitalism, which very much the Ronald Reagan and Margaret Thatcher ideology that kicked off and is the path that has swept the world.”

Pemberton disagrees with the notion that Piketty’s prescriptions for a fairer world are simplistic or unrealistic.

“There's no reason why tax havens can't be solved. I mean, that's just so simple. The only thing that stopping us solving the issue of tax havens is capital and the way that capital is dominating politics. It is really that basic; rich people, wealthy people, like them and they put pressure on governments to maintain them.”

Fixing democracy and wrenching it back from the wealthy is the only way to rein in capital, Pemberton says. 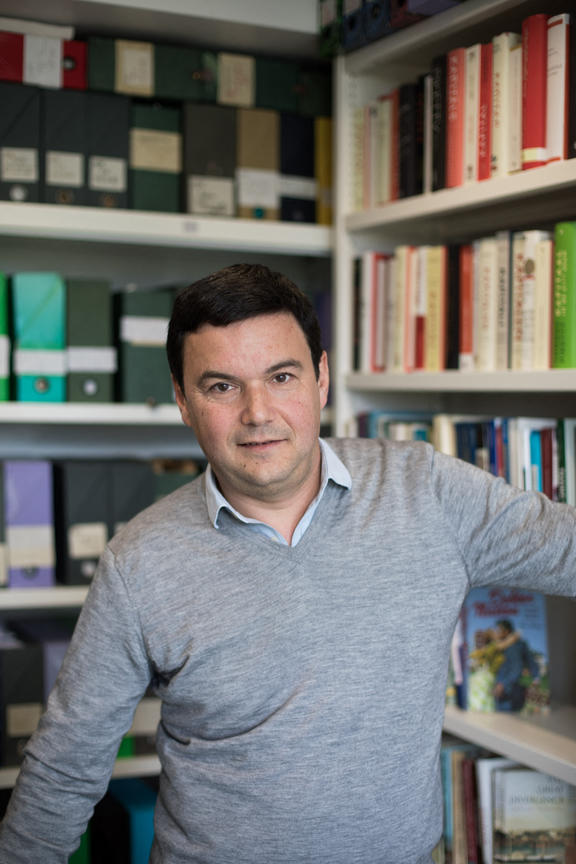 “We've seen that in Australia with prime ministers on both sides being rolled when they tried to tackle climate change. And there is a strong fossil fuel lobby that political parties are locked into in many ways to get elected.”

The Occupy Movement, which emerged after the 2008 financial crisis, has largely fizzled out, Pemberton says because it wasn’t grounded in solid politics.

“I think that there are lessons to be learned from it, it wasn't a political movement by and large, and that's the problem. That’s the lesson in the film about the French Revolution. That's the lesson in the film about the New World. Wanting a more egalitarian society people left old Europe and went to these new democracies like Canada, Australia, New Zealand, America. But the patterns reproduced themselves. So political organisation is actually key. “

That and taking money out of politics, he says.

“I really, really, really believe that the first place to start is by not having private money influence politics, so publicly funded elections.

“You know, and this is something people are talking about. I mean, it is something that some of the Democrat candidates in America have talked about. It’s a small movement, but it is still starting to be talked about because I mean, that's not so bad in New Zealand. But when you go to America it's actually at the point where, why did we have the BP oil spill? It's because BP were helping to write the drilling regulations. You know, it's right in there now to that point that it's really distorting democracy. In fact, you can't even perhaps call it a democracy.”

Justin Pemberton's films include 2005's Love, Speed and Loss which told the story of motorcycle champ Kim Newcombe who was killed racing in 1973. His other projects include The Nuclear Comeback, The Golden Hour, and the highest grossing New Zealand documentary of all time, Chasing Great, a biopic of former All Black captain Richie McCaw.