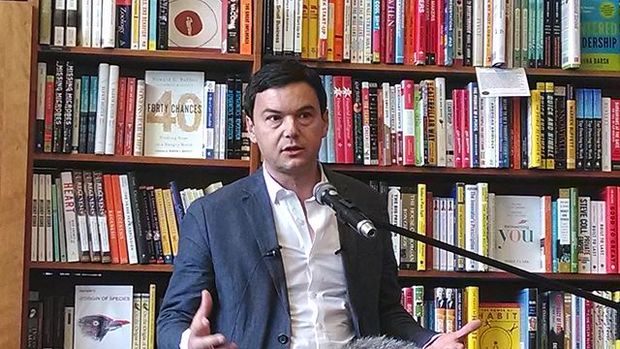 French economist Thomas Piketty at the reading for his book Capital in the Twenty-First Century. Photo: CC BY 3.0 Sue Gardner

French economist Thomas Piketty sparked global debate with his proposals around taxing wealth and improving income equality. Piketty's thesis is contained in the bestselling 2013 book Capital in the Twenty-First Century.

Three New Zealand economists discuss Piketty's thesis in the New Zealand context - Geoff Bertram is a research associate at the Institute for Governance and Policy Studies at Victoria University; Susan Guthrie is the co-author of the 2011 book The Big Kahuna with Gareth Morgan which argued for significant tax and welfare reform to redistribute wealth; and Donal Curtin is the former chief economist at the BNZ and now works as a consultant.