Nocera is well known for developing an artificial leaf to mimic the first stage of photosynthesis – splitting water to hydrogen and oxygen.

The hydrogen can then be used as fuel – but it has to be stored somewhere, it’s combustible, difficult to transport, and needs fuel cells to burn it. 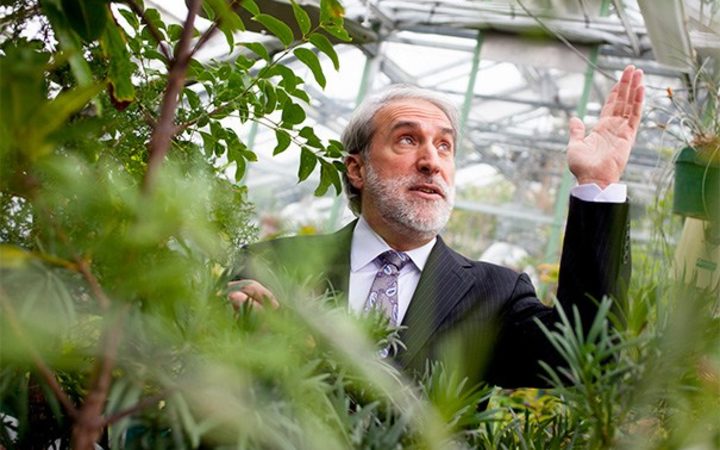 “We were making [hydrogen] at pretty good cost, but you don’t have an infrastructure out there that can use hydrogen,” Nocera says.

So he “reverse engineered” the leaf to mimic the second stage of photosynthesis; instead of splitting water, it made liquid biofuel from hydrogen, carbon dioxide and genetically engineered microbes.

In the most recent step, Nocera’s team further amended the bionic leaf to produce nitrogen fertilizer; using hydrogen, nitrogen and an enzyme to produce ammonia.

What the latter two have in common is that they don’t need huge infrastructure or centralised distribution.

“In the developing world you don’t have that infrastructure, so you have to think differently,” Nocera says.

“When I think about the poor, nobody’s helping them, and that just keeps driving me.”

His early enthusiasm for the Grateful Dead started him on the path to a type of 'open source' energy, he says.

“I left home when I was young and I followed the Grateful Dead. I was a Deadhead.”

He spent four years, from the age of 14, with a group that followed the band.

“A lot of us were disenfranchised children and it was the first family I had - a very welcoming family.”

His own father, from an Italian Catholic immigrant family, drove him hard to succeed. ”I just needed to get out when I was young.”

He realised that at Grateful Dead concerts fans taped the shows and the band were fine with these bootlegged recordings.

“They’re the only band that allowed you to do tapes and then you would trade tapes.

“It was a totally open source music industry.

When he was thinking about energy later on at grad school he decided to adopt a similar ethos.

“Then I started realising, you can’t have sustainable planet if you have poor people,” he says.

“The more energy you have the wealthier you are.”

“They [the poor] will be the saviours of the earth because they’re going to teach us how to live properly and sustainably,” Nocera says.

Harvard is allowing Nocera to hand control of the intellectual property on his bionic leaf technology to the Institute of Chemical Technology in India, and prototyping is “moving quickly.”

“So if a big company, say an Indian company, comes in and wants to use the prototype and drive it forward, they get that IP.

He wants to give the emerging world an alternative to the costs of huge distribution systems.

“If you went back 100 years ago before we built all this and now said ‘you can take what Nocera did or build this massive infrastructure’, it would be way cheaper to do what I’ve done.

“That’s what the emerging world is now looking at; do they re-do what we’ve done or do they use their investment or future investment in a different way.”

Nocera maintains that to meet half the future energy needs with nuclear power, we’d need to build a nuclear plant every day and a half, or two days, forever.

“But, guess what, the sun is going to keep shining.”

There’s thousands of years of coal left, he says. “But the beauty of the sun to replace fossil fuel first is … in one hour the amount of sun that hits the face of the planet is what we use in an entire year globally.

“And if you’re a poor kid in India, you look up, you have the same access to energy supply as the richest person in the world does.

“It will be the continent of Africa, it will be a large part of India and rural China that are going to teach us how to live in the future.” 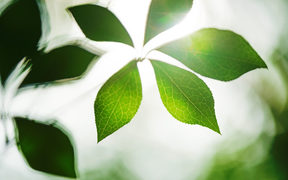 A bionic leaf which turns sunlight into liquid fuel​ has been developed by scientists in the US. Video, Audio

Day Of The Dead: an epic tribute to the music and artistry of the Grateful Dead

Listen duration 14′ :46″
Add to playlistPlaylist
Download
Day Of The Dead: an epic tribute to the music and artistry of the Grateful Dead