A bionic leaf turns sunlight into liquid fuel has been developed by scientists in the US.

The inspiration for the idea comes from nature and mimicking the process of photosynthesis.

The system is able to generate electricity at night or on a cloudy day and is now producing solar biofuels even more efficiently than plants, Harvard University scientist Daniel Nocera says.

“If you ever think about photosynthesis it takes just air, water and sunlight and it makes hard stuff – wood and leaves – and so that’s how it’s storing the solar energy,” Nocera says.

His team looked very closely at how plants work.

“It’s a two-step process, and so what we first did was we needed to absorb sunlight. We don’t have a leaf so we use silicon – that’s the material in solar panels. Light hits the silicon, energises the silicon and you can get a current out of it.”

The obvious weakness here is that when the sun goes down the power dies, so some kind of storage is needed.

The scientists mimicked the storage mechanism delivered by photosynthesis.

“We made the leaf with silicon and we made two special catalysts we put those as films on the silicon. The silicon is energised, it energises these catalysts that split water into oxygen and hydrogen just like in a leaf.

“Then we went one step further and we fed the hydrogen to bacteria that could eat the hydrogen and breathe in CO2 from the air and then make a liquid fuel.”

That liquid fuel serves as a kind of battery. 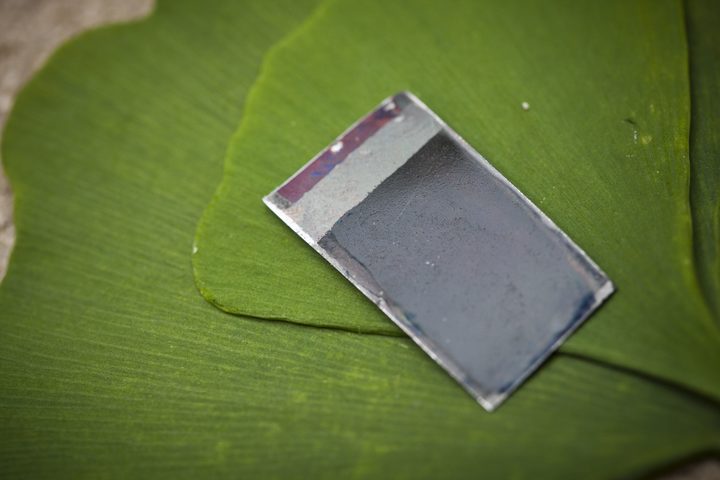 The bionic leaf is a system for converting solar energy into liquid fuel developed by the labs of Daniel Nocera at Harvard University. Photo: MIT

The artificial ‘leaf’ – which is about the size of a door – photosynthesises much better than an actual plant.

“We’re ten times better and we don’t need to compete with the food supplies”, Nocera says.

“Fuels have intrinsically a much higher capacity to store energy [than batteries]. We’ll need fuels in the long run.”

The scientists are now building prototypes and hope to bring the invention to market soon, he says.

Daniel Nocera is a member of the MacDiarmid Institute's International Science Advisory Board, he shares his knowledge with New Zealand scientists working on solar energy and new materials aimed at making solar panels cheaper and more versatile.