Saturday Morning for Saturday 15 May 2021

8:10 Mountaineer Guy Cotter: the impact of Covid-19 on Everest 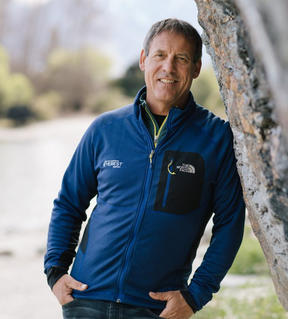 Covid-19 cases have been spreading through the Everest Base Camp as Nepal deals with a surging outbreak of the virus. Despite this, there has been a record number of climbing permits issued as the Nepali government tries to boost tourism revenue after it suspended the 2020 climbing season.

Kiwi mountaineer Guy Cotter has been leading expeditions up Mount Everest since the early 1990s, his company Adventure Consultants was the first to guide paying customers to the summit.

Recent events have seen Guy and his business partner Suze Kelly put the company into hibernation for the rest of the year, but he remains concerned about the impact of the virus on the Sherpa community which is already experiencing hardship.

The Nepalese charities Guy mentioned are Sherpa Future Fund and Hope and Challenge. 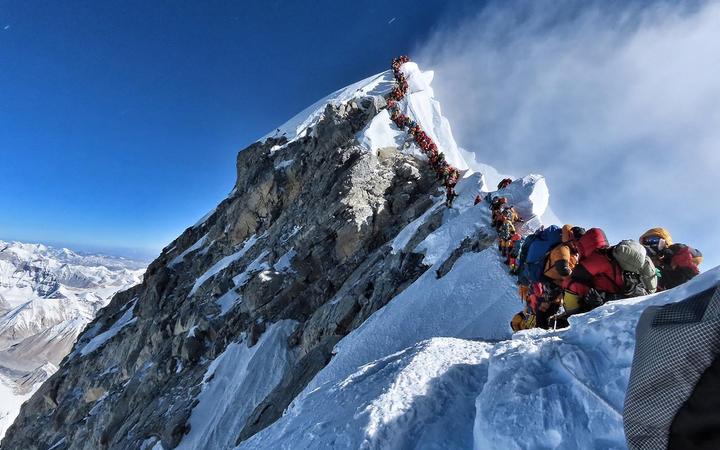 8:30 Shaun Bythell: Seven Kinds of People You Find in Bookshops 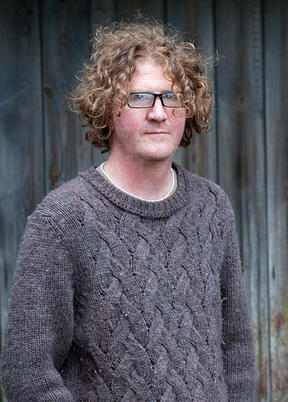 Shaun Bythell has run Wigtown's The Bookshop since 2001. It's the largest second hand bookshop in Scotland with shelves spanning nearly two kilometres and containing over 100,000 books.

His trademark sardonic humour has landed him the unofficial title of "Scotland's grumpiest bookseller". It has also produced two bestselling books; The Diary of a Bookseller and Confessions of a Bookseller both of which focus on his shop and its clientele.

His latest release Seven Kinds of People You Find in Bookshops, introduces us to "the Person Who Doesn't Know What They Want (But Thinks It Might Have a Blue Cover)", "the harried Parents Secretly After Free Childcare" and over in the erotica section, "The Person Who Is Up to No Good". 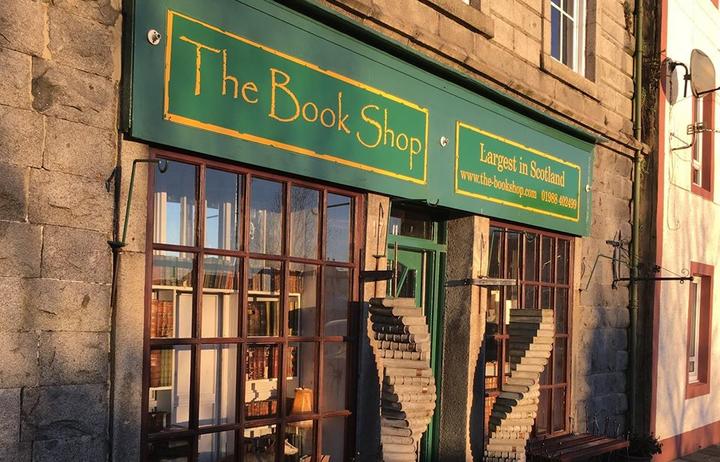 For his new book, Michael Lewis, author of The Big Short, has turned his attention to the US's initial response to Covid-19.

He focuses on a group of scientists and health officials who saw a pandemic was coming and tried to sound the alarm about the dangers of underestimating the virus. And how these warnings, which could have reduced the devastation the US has suffered, were ignored.

Michael Lewis was educated at Princeton University and the London School of Economics and is a contributing writer for The New York Times Magazine and Vanity Fair.

He has authored several books including the New York Times bestseller Liar's Poker, which drew on his experience as a Wall Street bond salesman in the 1980s, Moneyball, on statistical analysis in baseball, and The Big Short, examining the credit default swap market and the 2008 financial crisis. Reuters called this book "probably the single best piece of financial journalism ever written'. 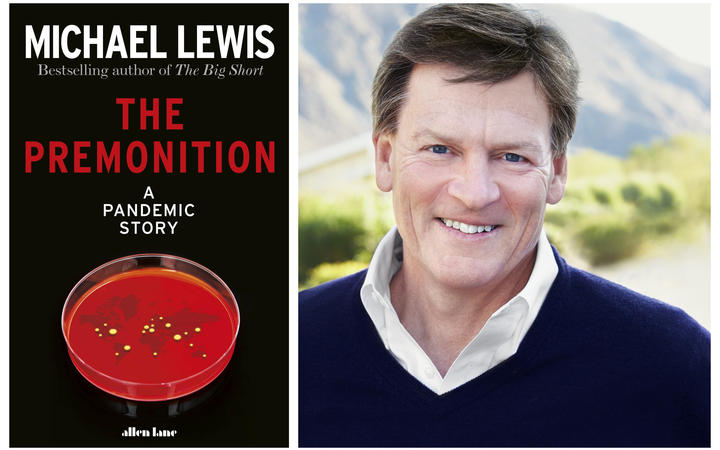 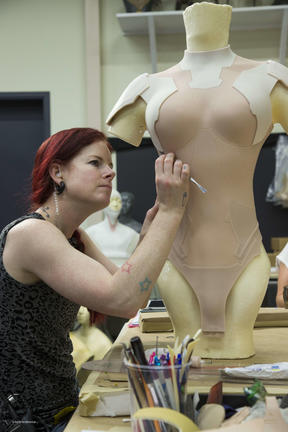 Flo Foxworthy started sewing when she was seven years old, with a dream to make costumes for the movies. By the age of 18 she had launched her own business making bikinis and costumes for exotic dancers.

These days she is the head of the Textiles Department at Weta Workshop, making creature suits for Hollywood films such as Ghost in the Shell, The Hobbit Trilogy, and Avatar. Yet, she still finds time to make costumes for showgirls, and has created outfits for some of the most well-known performers in the world, including Dita Von Teese.

Foxworthy will be speaking at the Fashion Innovation Expo on Friday 28th May at Victoria University of Wellington. During her talk 'Re-imagining textiles through technology', she will discuss ways the industry can integrate various technologies into traditional textiles methodologies - and the possibilities this creates.

He has a doctorate from Oxford, where he studied Bacterial Flagellar Motor, a nanoscale rotary electric motor which makes bacteria swim.

Currently Scientia Research Fellow in the School of Biotechnology and Biomolecular Sciences at the University of New South Wales. He recently received a prestigious $1.8m international grant to study the origins of movement in bacteria and its application to present-day biology.

A love of bass and dancehall music led Matt to stints MCing, DJing, freestyle rapping, and evolved into performing slam poetry about the science of food poisoning from a "Dirty Doner" kebab. He also produced a feature documentary about dancehall recorded on location in Kingston, Jamaica.

And if that's not enough, the father of two young children is also a champion épée fencer. Kim speaks to Dr Baker from his quarantine hotel in Sydney, where he's been spending time after trip to Uzbekistan to compete in an Olympics qualifying tournament. 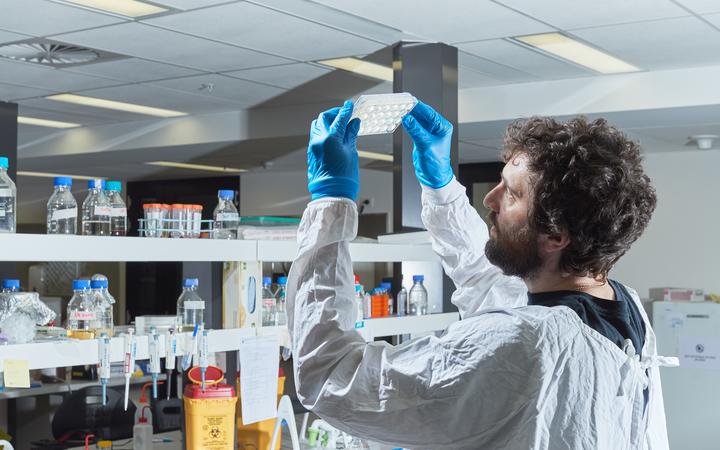 It is said by many evangelical Christians that true believers will be transported to heaven at the second coming of Christ, known as the rapture.

Journalist and writer Joshua Rivera grew up in an immigrant evangelical family in Florida, later New York, and was raised with the fear of the rapture hanging over his head. He recently penned a piece for Slate magazine about the power it held — and still holds — over him and his family, and how it continues to influence American society and politics. 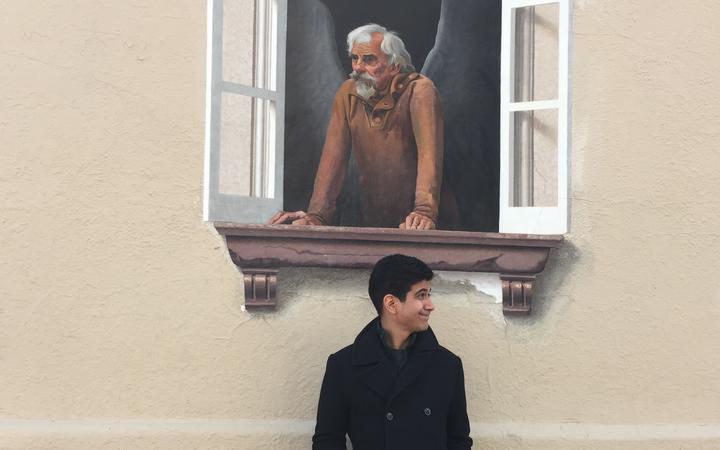 The new novel by Clare Moleta has been hailed as a remarkable debut, thrusting readers into a dystopian world consisting of a society divided into two classes - the sheltered and the unsheltered.

Set in a non-existent place that has echoes of the Australian landscape, Unsheltered is told from the point of view of Li - a resilient woman who goes in search of her 8-year-old daughter who goes missing after fire engulfs their camp.

Clare Moleta was raised in Whadjuk Noongar Country in Western Australia. Her fiction has been published in literary journals including Sport and Turbine | Kapohau. She now lives in Wellington, where she was born. 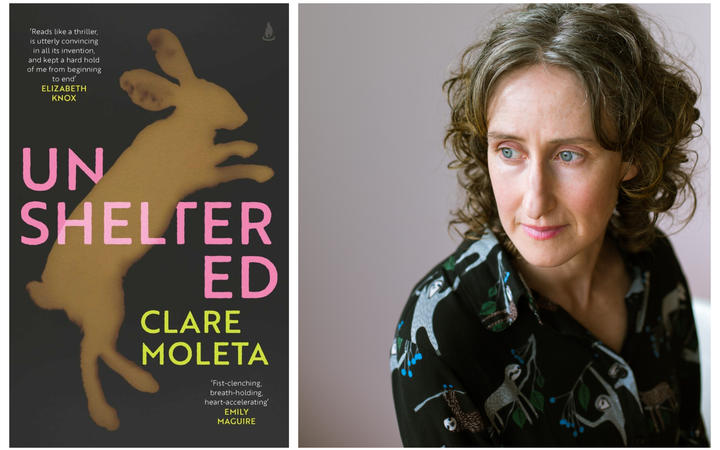 Seven Kinds of People You Find in Bookshops
By Shaun Bythell
ISBN: 9781788166584
Published by Profile Books

Song: Under Me Sleng Teng
Artist: Wayne Smith
Played at 10:05