Julian Wilcox is presenting the show this week 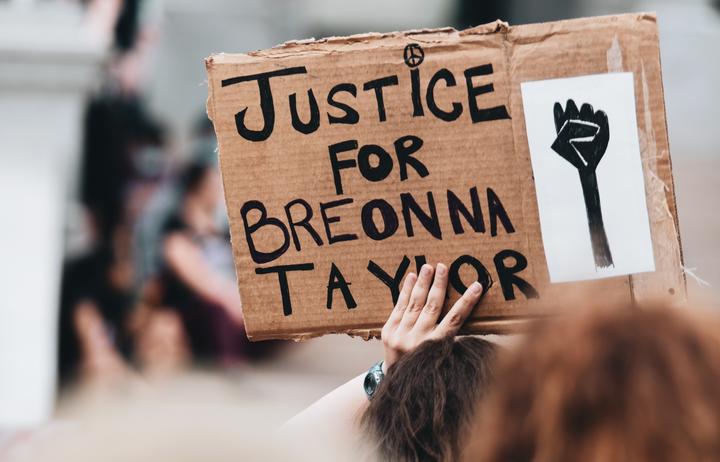 It's been another big news week in the U.S.

Black Lives Matter protests reignited after a decision not to charge police officers involved in the killing of Breonna Taylor in Louisville in March.

Following the death of Ruth Bader Ginsberg, Republicans are now pushing for a new Supreme Court judge to be appointed before the election.

And the country has reached the tragic tally of 200,000 deaths from COVID-19.

Joining us to discuss is April Ryan, the White House Correspondent and Washington DC Bureau Chief for American Urban Radio Networks. She is also a political analyst for CNN, and the author of three books.

C.T. (Manny) Jules is the Chief Commissioner of the First Nations Tax Commission based in Kamloops, British Columbia.

He is a leading figure in getting Canada's First Nations people independence over their tax affairs, and says tax autonomy forms a a vital part in self determination and entrepreneurship

He was responsible for recovering 45,000 acres of his tribe's reserve lands, and he's also driven legislative reform in the country.

His enthusiasms extend beyond the business world too. He's an artist and keen vinyl collector, including a Christmas music library of 5,000 records assembled over the past 20 years! 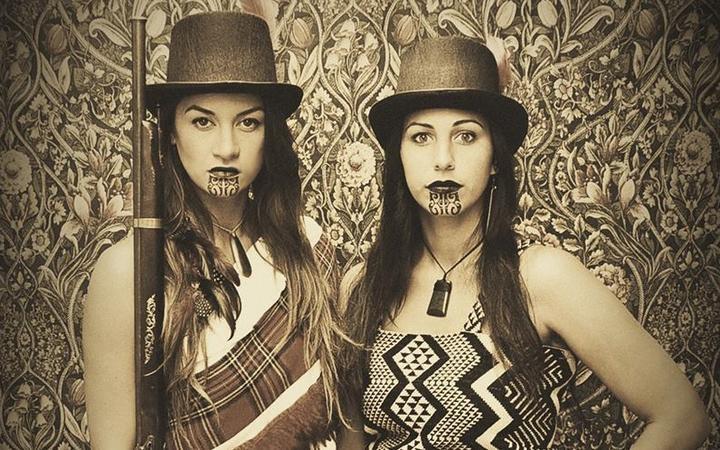 Former Air New Zealand cabin attendant Taaniko Nordstrom, and her sister-in-law Vienna Nordstrom, are the creative duo behind Soldiers Rd Portraits, a photography-based business they set up together in 2011.

Based in Cambridge, they dress their customers in Māori, Pasifika, Native American and First Nations' clothing and then photograph them to create a vintage-style portrait.

Soldiers Rd have taken this idea overseas to Australia, the US, Europe and India, and in 2016 started a project called Behind the Wire- Rangatahi ki Rangatira.

This social enterprise involves them taking portraits of inmates at the Te Ao Mārama Māori Focus Unit at Waikeria Prison in the Waikato as a means of re-connecting them with their cultural identity and whakapapa through portraiture. 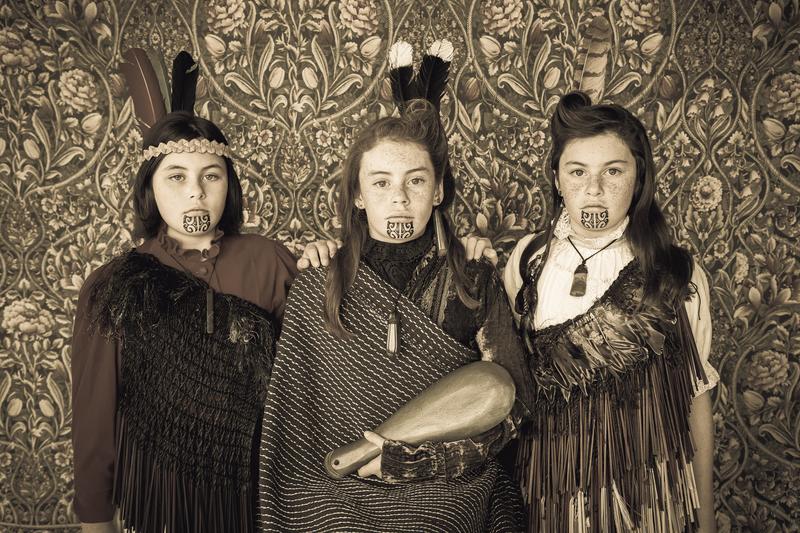 Bobbi-Jo, Dyllan-Rae and Paige-Tayla, from Ngai Tuhoe and Ngati Kahungunu. 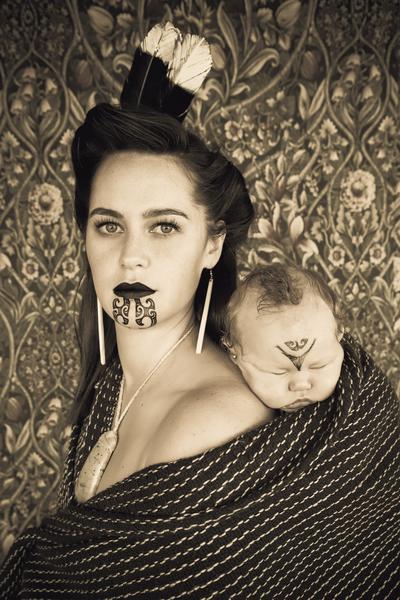 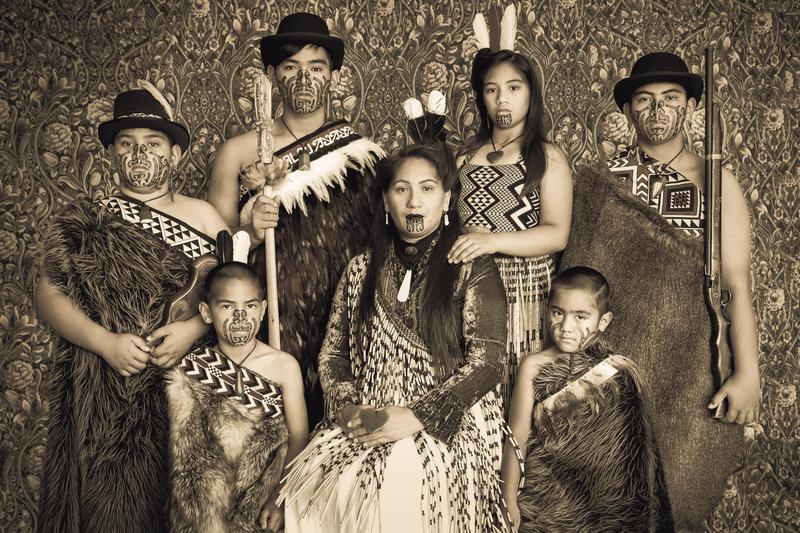 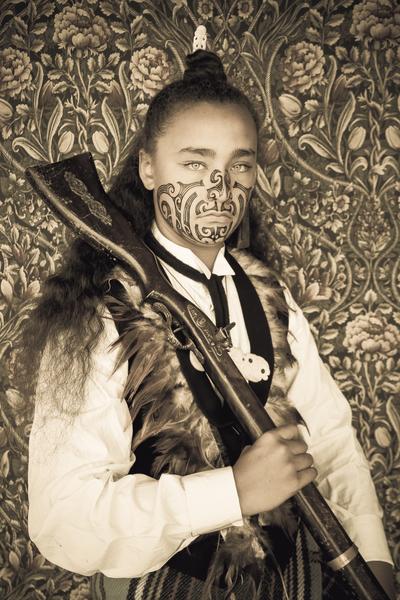 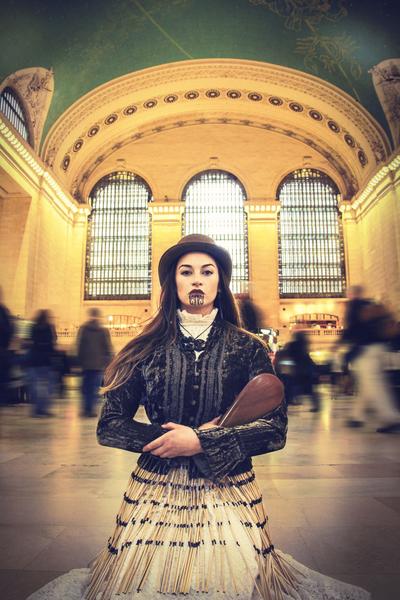 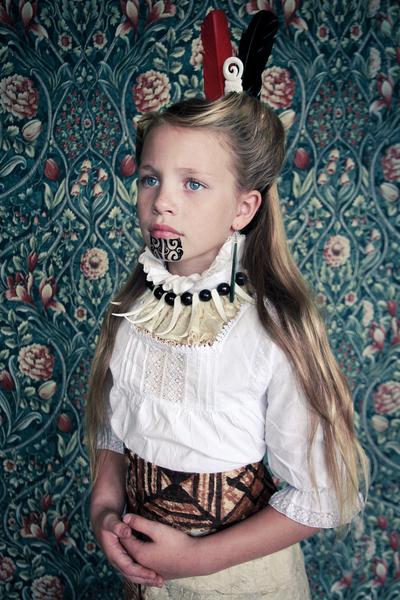 Eden-Rose Nordstrom representing all her cultures. Māori, Samoan and European 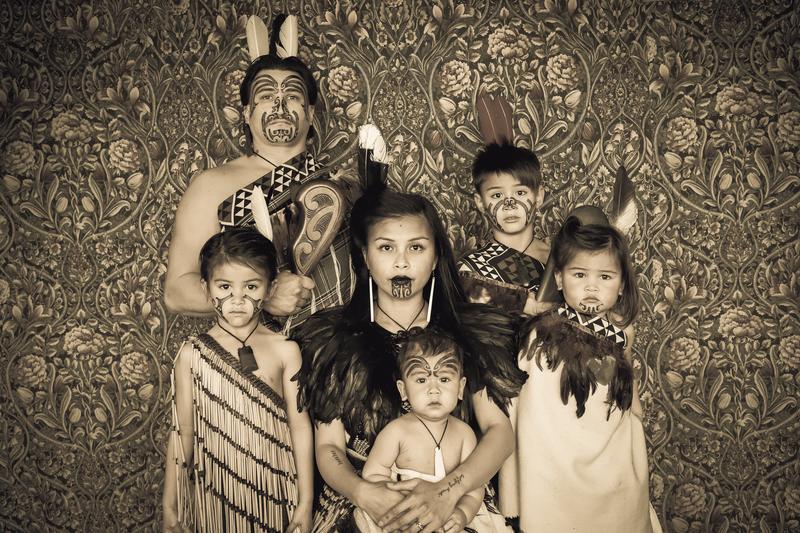 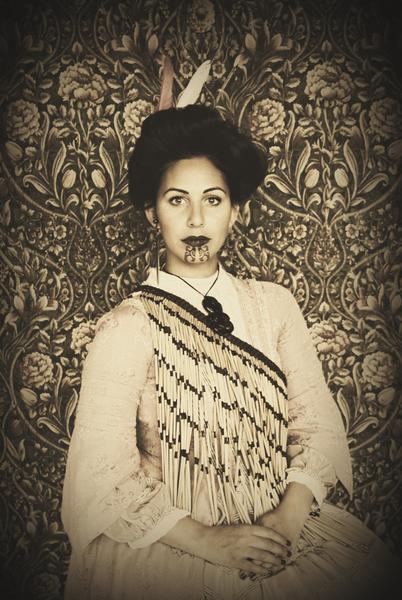 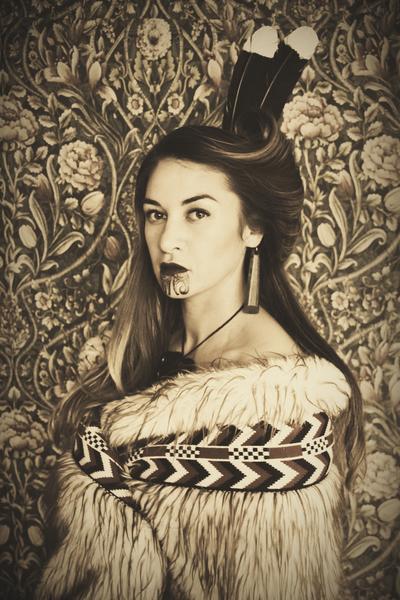 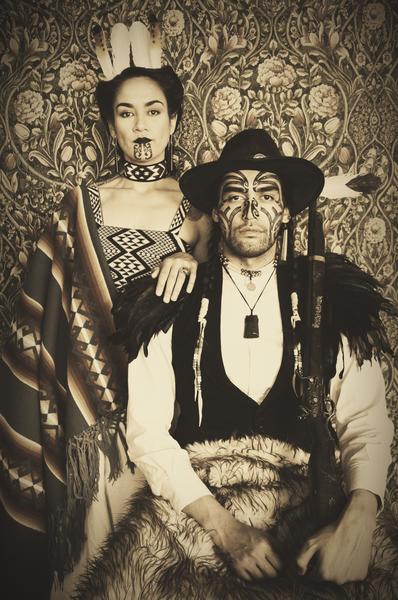 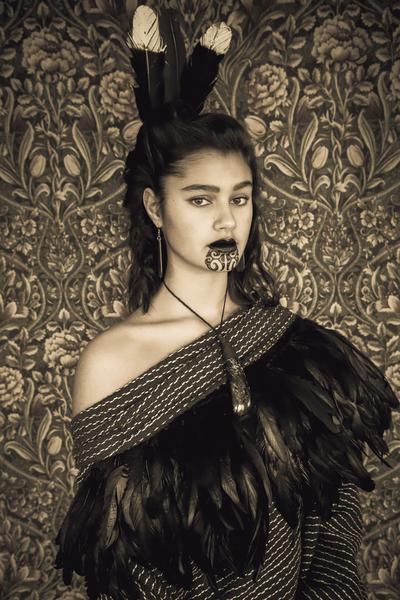 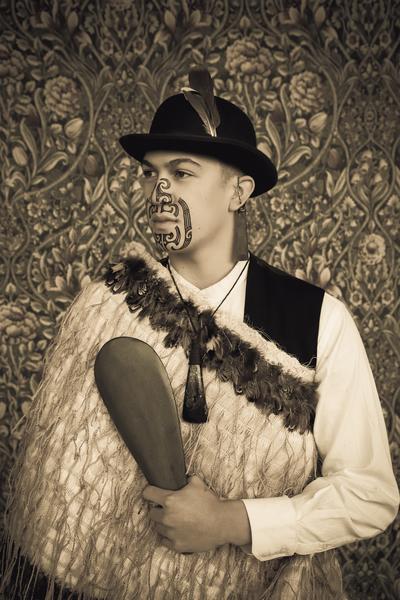 A seafood aficionado, her business Yellow Brick Road supplies seafood to restaurants throughout the country.

You might have caught her Zoom chat with the PM over lockdown too. 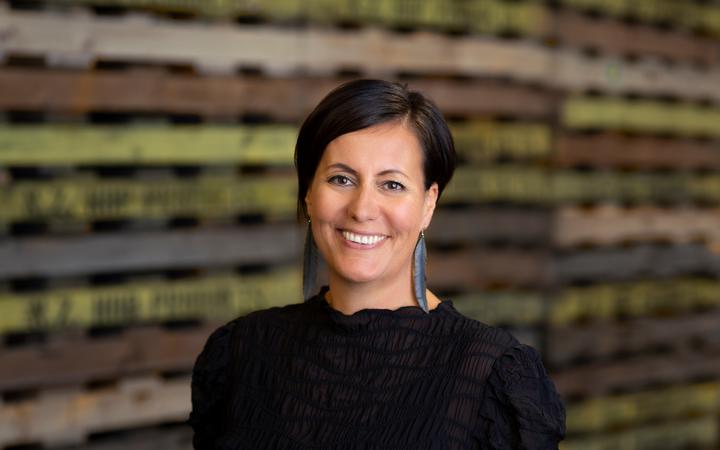 A fascinating social and sporting experiment's been going on in Florida for the past 2 months.

The National Basketball Association's spent an estimated US$180 million on creating an isolation zone- aka the 2020 NBA Bubble- in Walt Disney World near Orlando.

Since July, players and support staff have been staying in the resort as they complete the regular season and the playoffs.

There's daily testing, temperature checks, wrist bands that alarm when you get too close to someone for more than a few seconds -  all so the remaining teams can play for the title in deserted gymnasiums with no spectators.

Ben Golliver is the Washington Post's NBA correspondent who's been staying in the Bubble since Day 1 and is now writing a book called Bubbleball about the experience. We speak to him from his hotel room at Disney World. 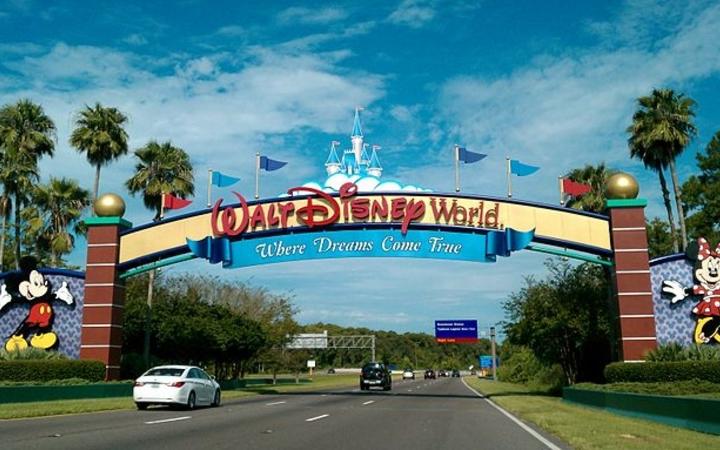 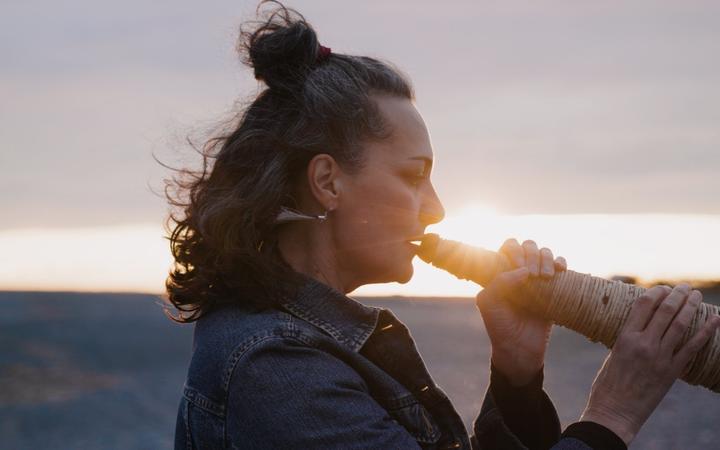 Ariana Tikao is a composer and performer of Kāi Tahu descent whose waiata bring to life ancestral stories.

She is a passionate exponent of the indigenous musical instruments of Aotearoa and is committed to the ongoing project of celebrating and playing taonga pūoro.

She is following in the footsteps of Hirini Melbourne, and two of her mentors, Richard Nunns and Brian Flintoff.

Tikao began performing in 1993 with the folk group 'Pounamu', and branched out on her solo music career in the early 2000s.

Last year she performed in and co-composed the soundtrack to Atamira Dance Company's work Onepū, which was based on an origin story that came from Tikao's great-grandfather.

She has just been announced as one of seven 2020 Arts Foundation Laureates for 2020. 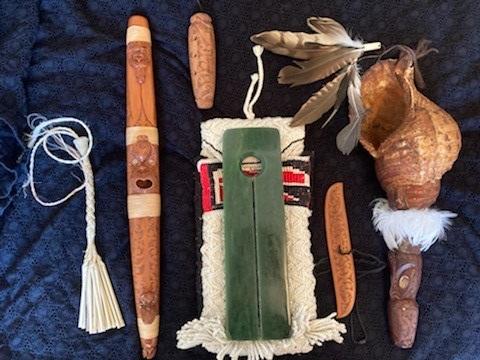 11:05 Fighting Fire with Fire: Victor Steffensen on how burning could heal Australia

Last year's Australian fire season was the worst on record, with 34 deaths, more than 3500 homes lost and billions of animals harmed.

It also wasn't a surprise to Victor Steffensen, a specialist in indigenous fire management. He correctly saw the amount of vegetation on the land combined with the drying effects of climate change as a bomb waiting to go off.

Victor believes the practice of cultural burning should be utilised more widely to reduce the threat of more catastrophic bushfires.

The idea that fire can be used to prevent fire is challenging - but is based on generations of indigenous knowledge of "reading" and responding to land.

Victor has written a memoir called Fire Country - How Indigenous Fire Management Could Help Save Australia. 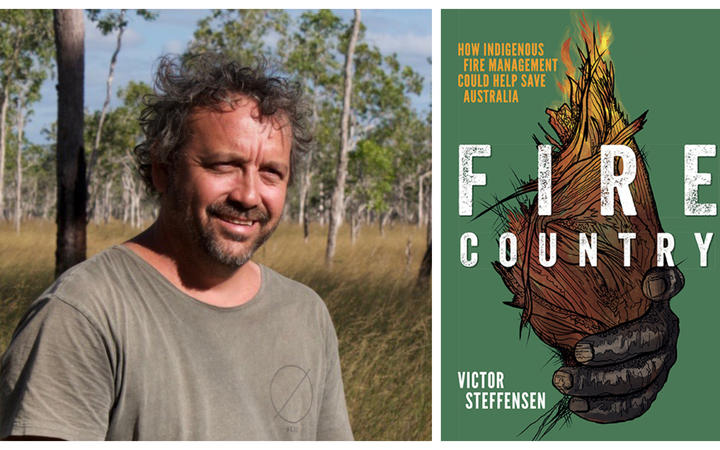 Australian author and screenwriter Craig Silvey's second novel Jasper Jones, released in 2009 sold more than 600,000 copies and was adapted for screen and stage.

11 years on he's just released a new book Honeybee. Described as a "heart-breaking, life-affirming coming-of-age novel" it's set in contemporary Western Australia and at its heart is a life-changing chance encounter between two characters on a quiet overpass one night. 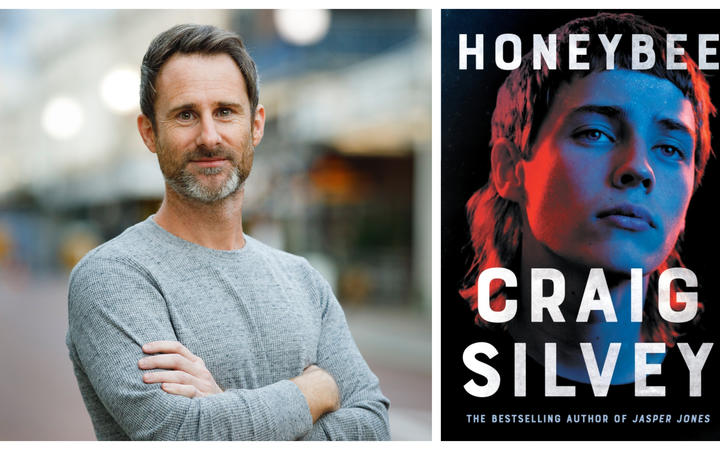