8:10 Damian Barr: Maggie & Me author on his debut novel

Damian Barr is an award-winning Scottish writer whose 2013 coming of age memoir Maggie & Me (about growing up gay in Thatcher-era Scotland), was The Sunday Times' Memoir of the Year.

Barr writes columns for The Big Issue and often appears on BBC Radio 4. He is creator and host of his own Literary Salon that premieres work from established and emerging writers.

He's recently released his debut novel, You Will Be Safe Here, which weaves together twin narratives; of internment during the Second Boer War a war in South Africa, and of a young man's experience at a modern day training camp in the same country.

This week he made speaking appearances in Wellington and Dunedin. 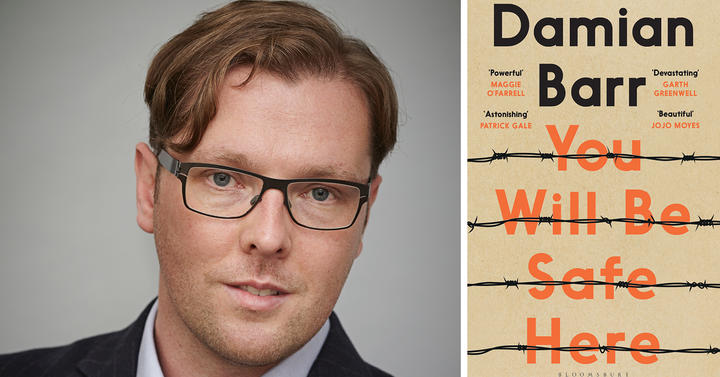 Damian Barr and the cover of his book "You Will Be Safe Here" Photo: supplied / Jonathan Ring

Serhii Plokhy is a professor of history at Harvard University.

His 2018 book Chernobyl: History of A Tragedy tells the story of the nuclear accident that occurred on Saturday 26 April 1986, at the No. 4 nuclear reactor in the Chernobyl Nuclear Power Plant, near the city of Pripyat in what is now Ukraine.

The book won the 2018 Baillie Gifford prize for non-fiction.

Meanwhile an acclaimed HBO/Sky mini series has renewed interest in the accident, how it happened, and its historic importance. And although he's a fan, Plokhy takes issue with the accuracy of some parts of its portrayal of events. 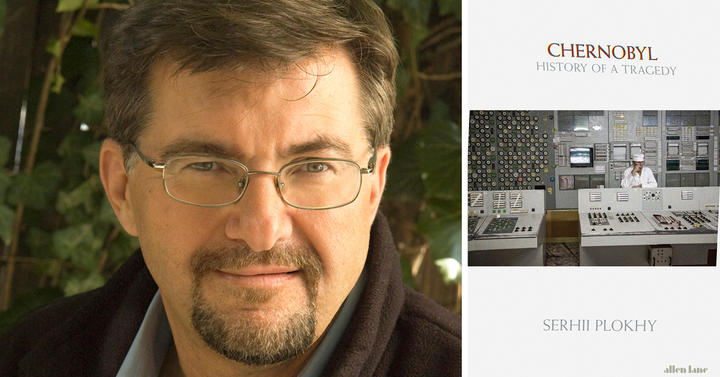 Serhii Plokhy and the cover of his book "Chernobyl: History of A Tragedy" Photo: supplied / Susan Wilson 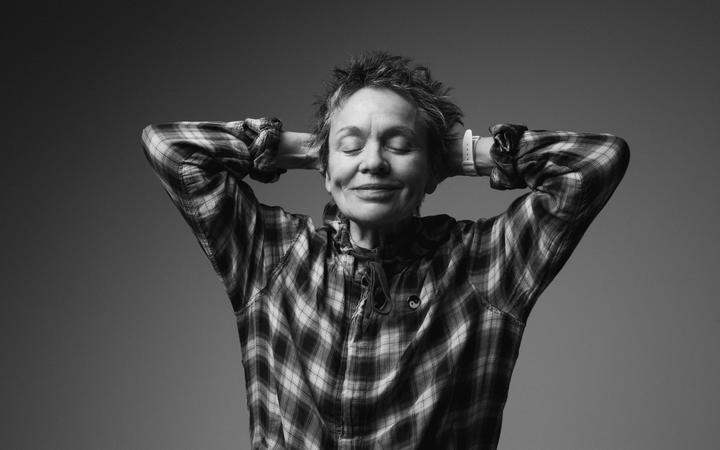 She's been described by The New Yorker as 'America's premier conceptual art/pop-music philosopher-monologuist' and her work as a performance artist, musical improviser and storyteller has seen her collaborate with the likes of Kronos Quartet, Philip Glass, and most famously her partner in art and in life, the late Lou Reed.

As one of the curators of this year's festival she's assembled a 'crazy array of things' including a concert for dogs, music, a virtual reality tour of the moon, spoken word performances, and a sound installation created using feedback from some of Lou Reed's guitars.

Her free Concert for Dogs is on today Sat 7th March at 12:30 pm in Odlins Plaza, Wellington (all well behaved dogs welcome!) and you can also see her virtual reality artwork To The Moon at  Lower Hutt's The Dowse Art Museum until 7 June. 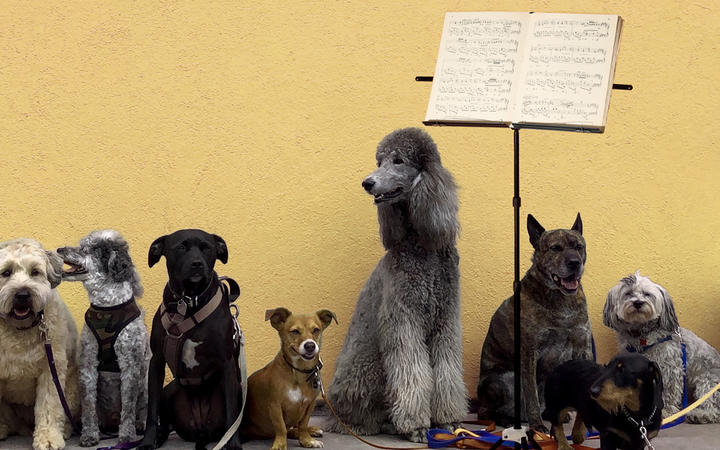 Oscar-winning songwriter, and one half of world-conquering comedy folk duo Flight of the Conchords, Bret McKenzie is also one of this year's Festival of The Arts' curators.

He also composes the music and writes the lyrics for The Brief and Frightening Reign of Phil. Based on the novella by George Saunders, this musical adaptation by the UK's National Theatre is a 'work in progress' production that gets its first public airing at the festival. 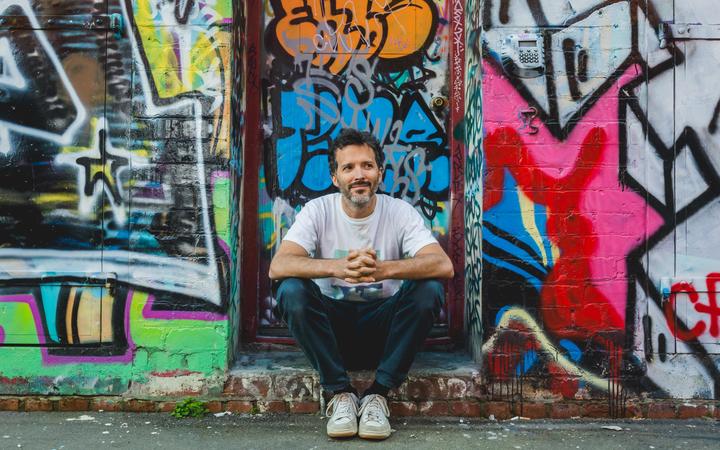 Irish director and choreographer Michael Keegan-Dolan (aka Micháel MacAodhagáin-O'Dobhailen) was last seen at the festival in 2018 with a production of Swan Lake.

He returns with the Teaċ Daṁsa production of MÁM which was Inspired by a community hall and features an onstage band accompanying 12 tireless dancers.

'...the performers brilliantly enact an unstinting ritual summoning that changes from flirtation to combat, drunken morass to melancholy meandering' (The Guardian).

But with various Aunties, Uncles and cousins all assembling for the 'brownest wedding ever' will it be a match made in heaven or an almighty culture clash?!

We speak to Black Ties' co-director Rachael Maza about the cast of Māori, Aboriginal and Torres Strait Islander artists trying to turn every audience member into a guest of honour.

The final Wellington show is tonight (Saturday 7 March) but you can also see Black Ties at the Auckland Arts Festival at the Aotea Centre from March 11-15. 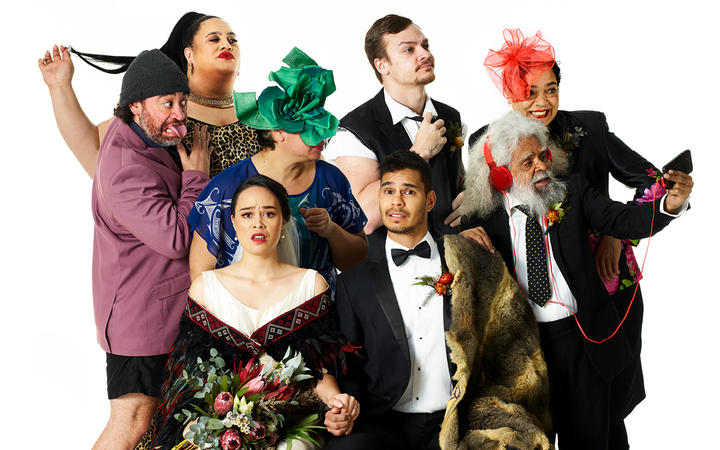 He has also lived and studied in Canada, England and Scotland, and now lives with his family in Wellington.

He teaches creative writing (including in prisons) and loves cricket! His sixth novel Shakti is a satire about political corruption in India: it's told in the magical realist tradition and features unreliable narrator Jaya, a teacher and newspaper agony aunt who lives in Kolkata. 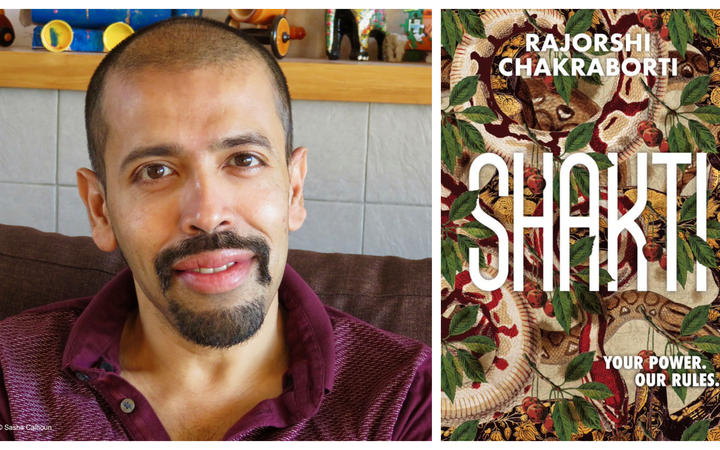 Actor, playwright and painter Carl Bland wrote and co-directed Mr Red Light, a comic story about a bank robbery that goes wrong (so badly wrong in fact that the would-be robber ends up taking hostages in a pie shop!).

Bland is a veteran of alternative theatre in New Zealand, and has also appeared in TV shows including Xena: Warrior Princess, Rude Awakenings, Street Legal, and Filthy Rich, and in 2017 film The Breaker Upperers. 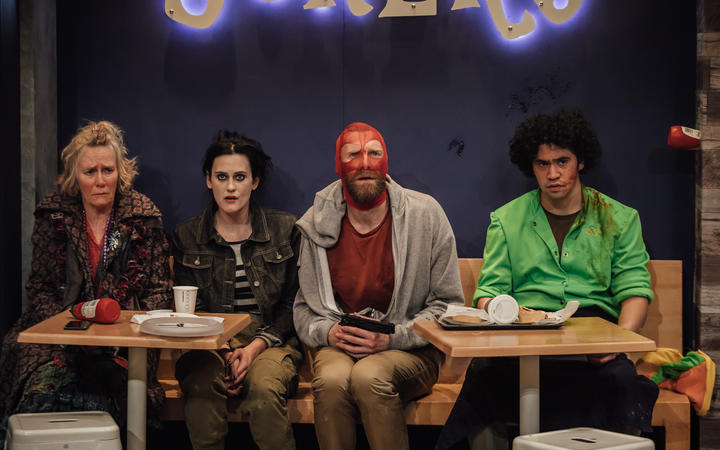