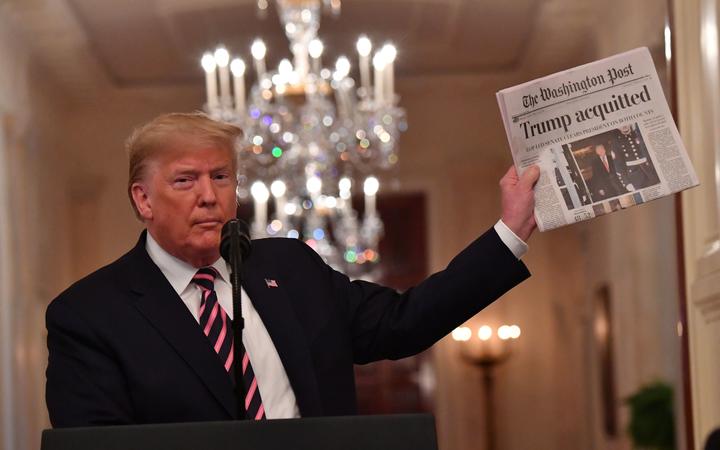 8:10 The week in US Politics - Nicholas Fandos

It's been an action packed week in US politics.

First a debacle over the Democratic results in the Iowa caucuses, where a combination of technical glitches and an archaic voting system meant delays in results being announced and continuing debate about the legitimacy of Pete Buttigieg's slim lead over Bernie Sanders.

Then the theatre of President Trump's State of The Union address (and speaker Nancy Pelosi's paper ripping reaction to it).

Finally, and as expected, the president was acquitted of the impeachment charges against him, with voting largely along party lines.

How will these events impact each party in the race towards the November presidential election?

Nicholas Fandos, a reporter based in the Washington bureau for The New York Times, joins us to unpack the week's drama. 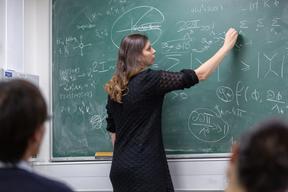 Claudia de Rham's a cosmologist grappling with some of the biggest questions about life, the universe and everything.

She focusses on the nature of the universe, how it was formed, and the role gravity's playing as it continues to expand.

At the centre of her work is a seemingly counter-intuitive conundrum: that the universe appears to be expanding at an accelerating rate rather than getting slowed down by the effect of gravity (as you might expect).

It underpins an influential (and controversial) paper about so-called 'massive gravity' she co-authored in 2011. 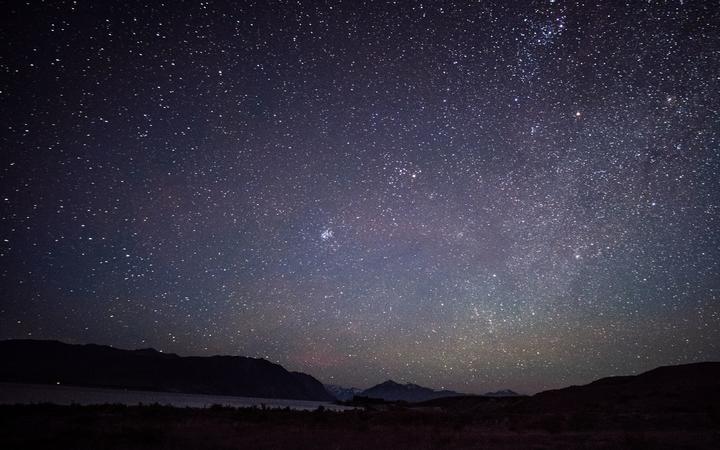 9:05 The Casketeers: Francis and Kaiora Tipene on life and the business of death

Billed as 'New Zealand's favourite undertakers', Francis and Kaiora Tipene are humble, funny and full of aroha for both the living and the dead.

They feature in the hugely popular TV show "The Casketeers", which has been picked up internationally by Netflix.

Francis and Kaiora have managed to find time (in between the demands of publicity, running Tipene Funerals, and caring for their large family) to write a book Life as a Casketeer: What the Business of Death Can Teach the Living. 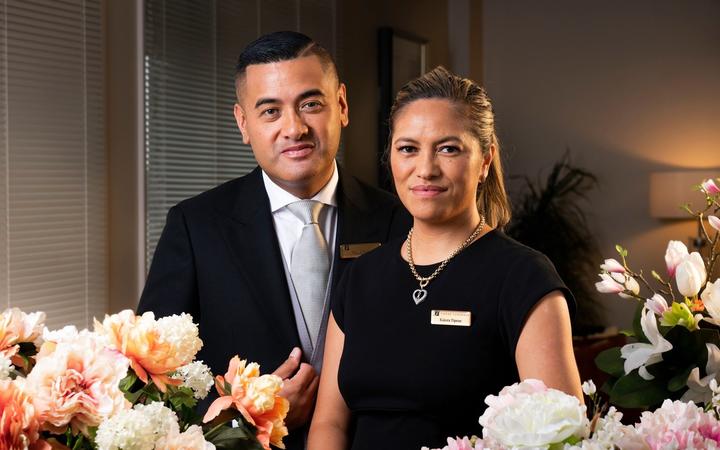 The Kapiti-based author has just finished her second novel and is about to start work on a third. 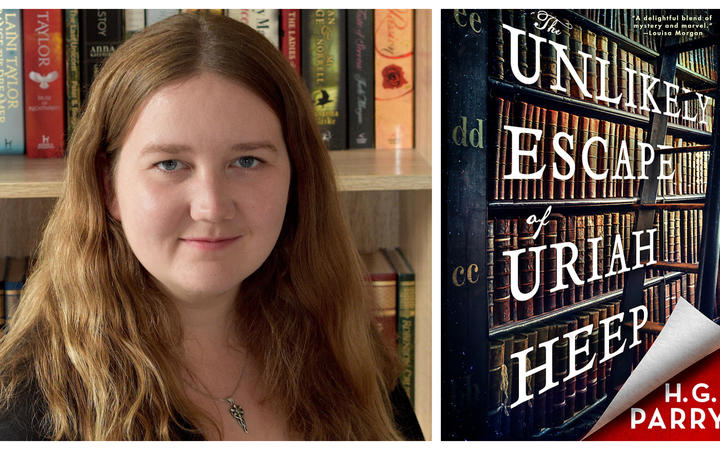 Rain Dove is a non-binary activist, and 'gender capitalist' model (they work as both male and female) who seeks to actively challenge beauty standards and gender norms.

Rain has a large social media following and has become well known for using the platform to support trans and non-binary people and to lovingly engage with "haters".

They recently attracted media attention for fabricating parts of their personal and academic history.

Rain is in New Zealand in association with The Hello Cup. 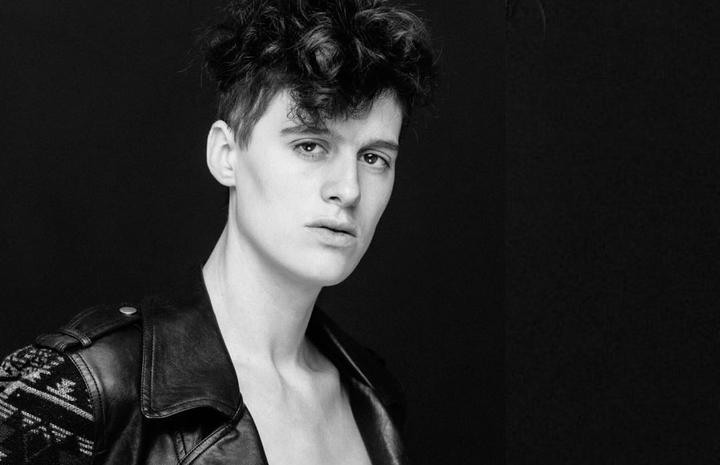 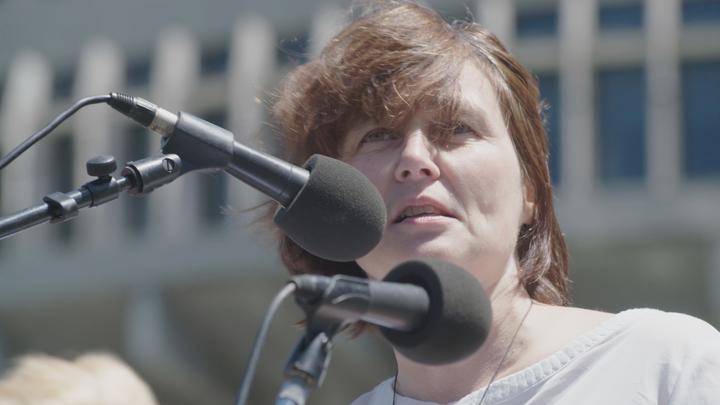 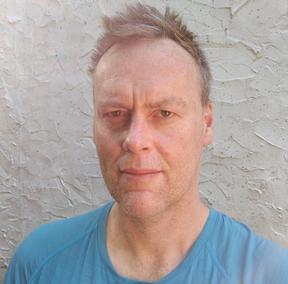 The day after Helen Kelly left her job as President of the Council of Trade Unions the terminally ill workers' rights advocate met with film director Tony Sutorius and agreed to let him film the final year of her life.

The resulting documentary Helen Kelly: Together captures her ceaseless efforts supporting those affected by forestry industry deaths, families of Pike River miners, and meatworkers locked out of their jobs, as well as her own journey towards death.

Sutorius runs Porirua-based Unreal Films and his previous film include Campaign, the short film The Whirling Man, and dozens of educational and training films.

Helen Kelly: Together is on general release throughout New Zealand from February 13. There are also screenings tonight and tomorrow (8/9 Feb) at The Suter Gallery in Nelson. Details here. 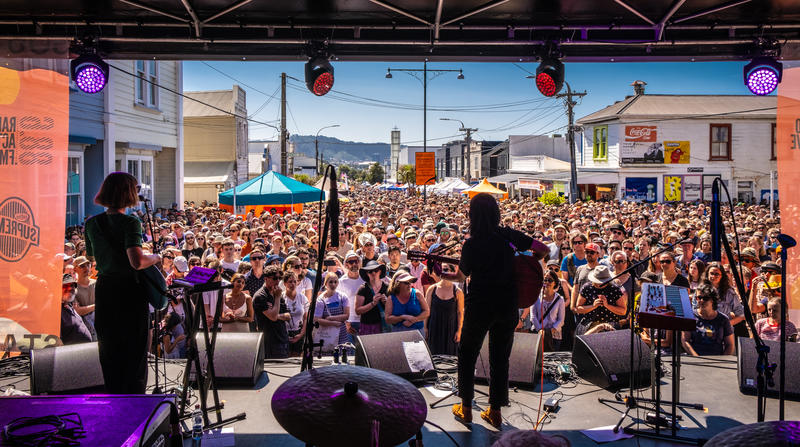 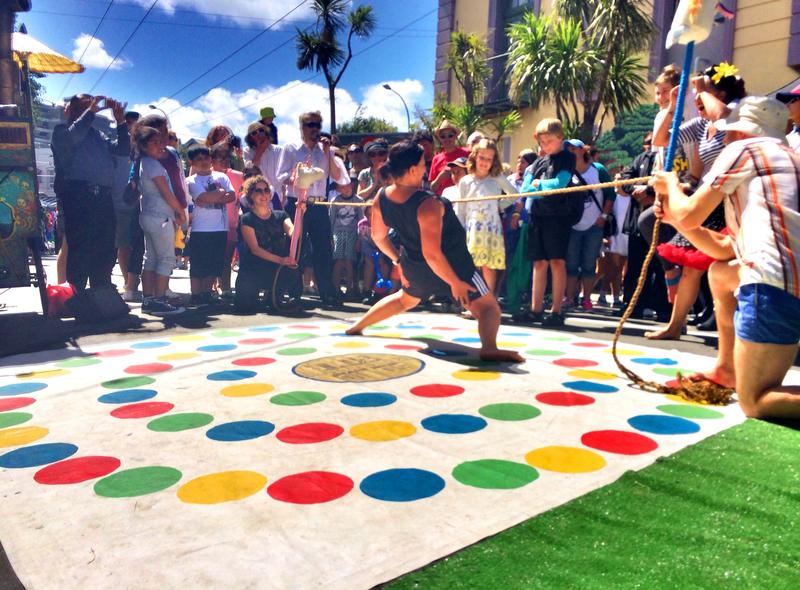 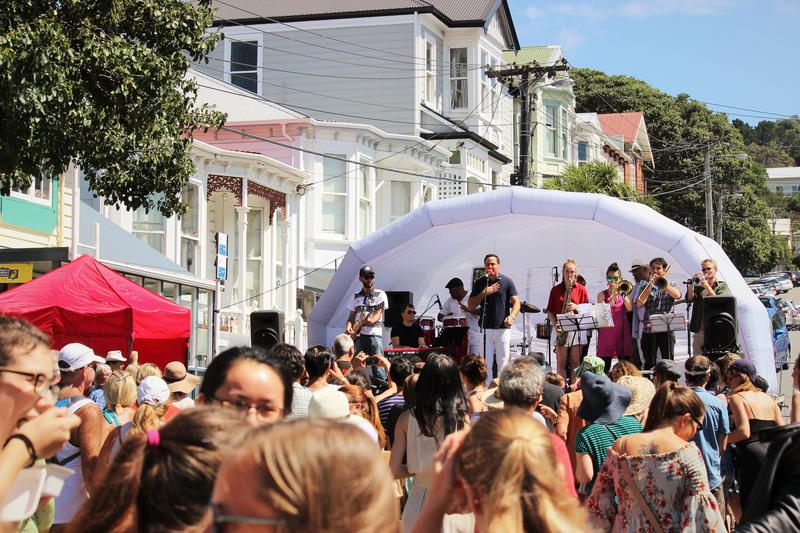 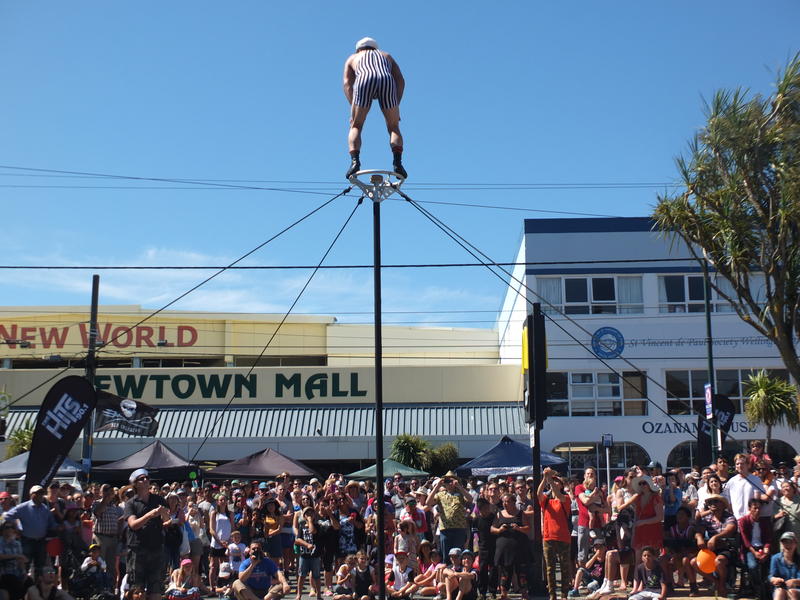 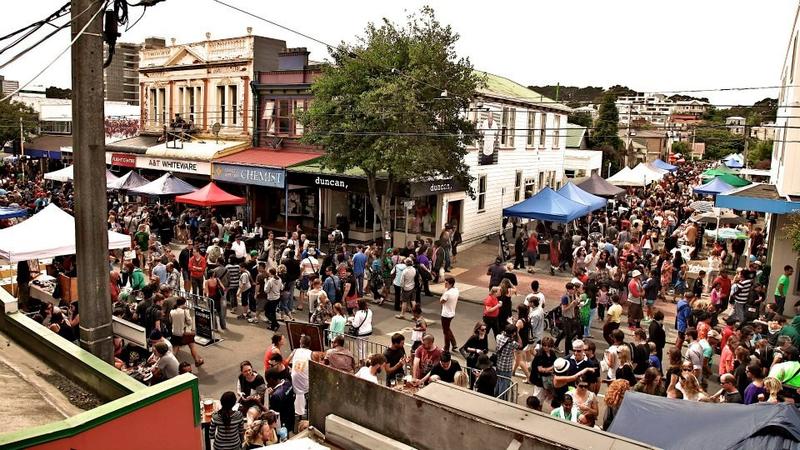 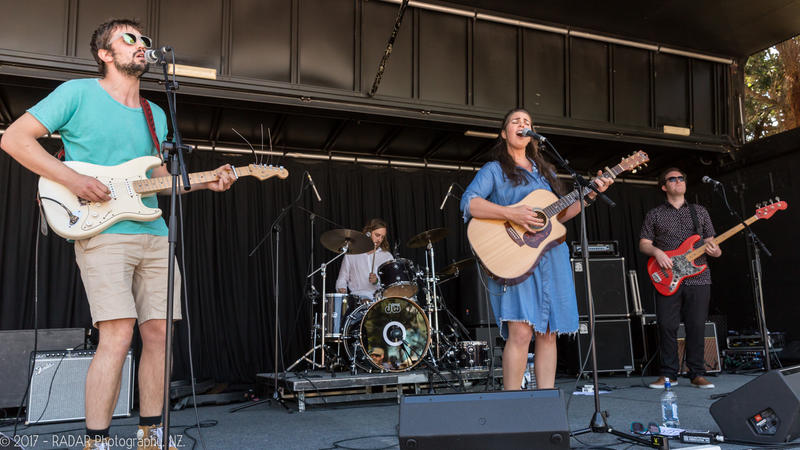 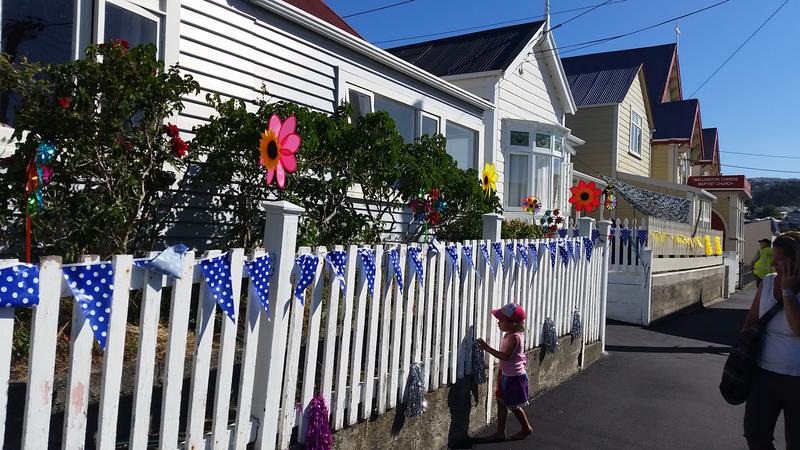 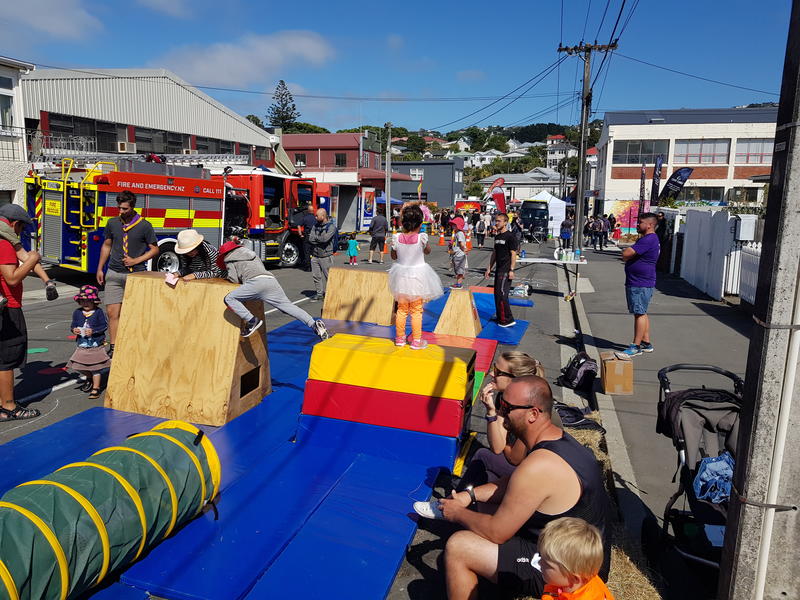 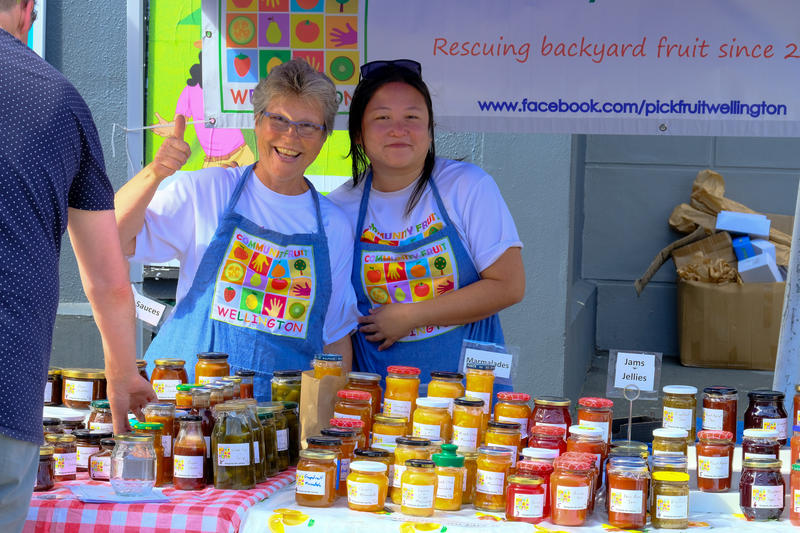 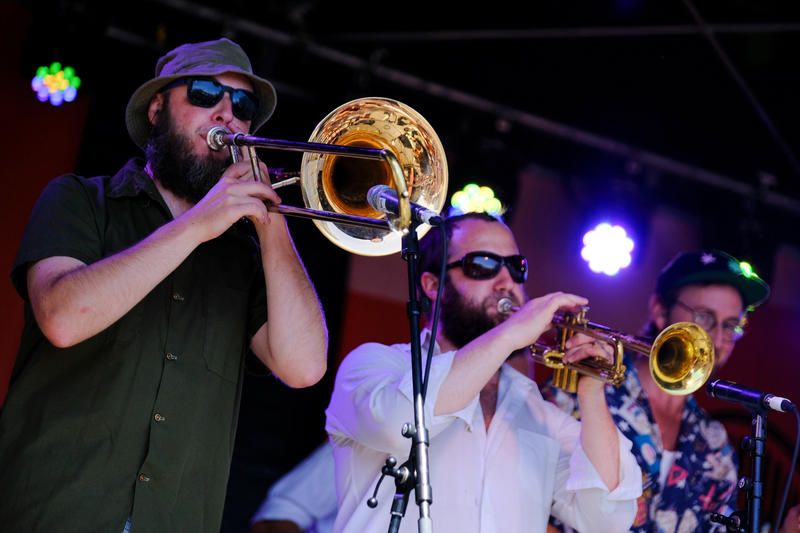 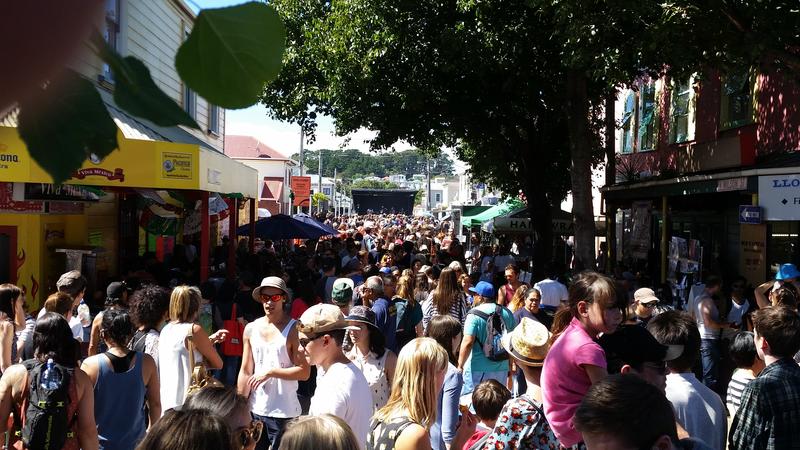 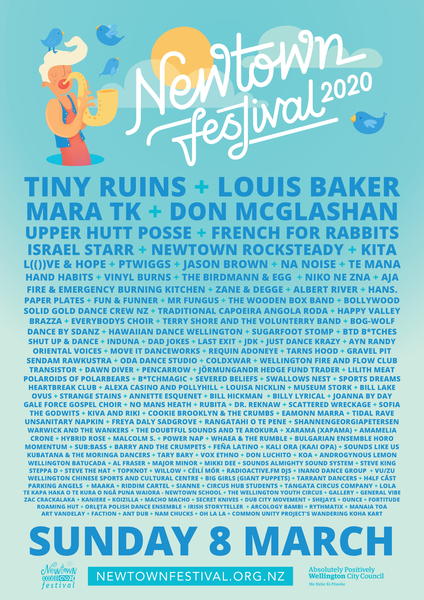 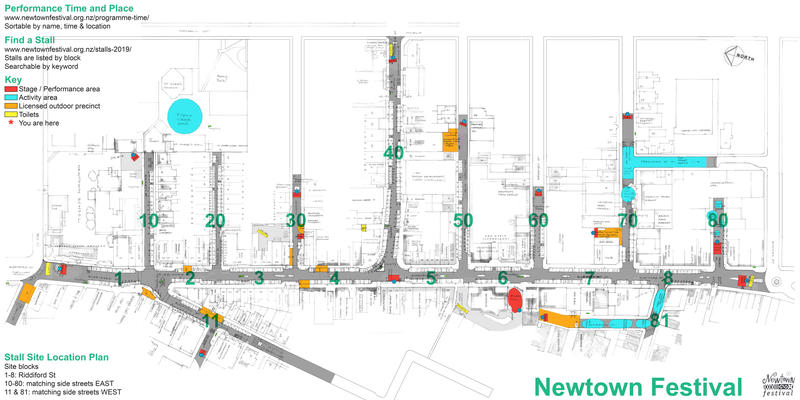 Map of the Festival

Wellington's annual Newtown Festival is the biggest free music party and street fair in the country, attracting 80,000 people to the lively and diverse suburb every year.

They go there to sample 185 live performances (including some of the biggest names in New Zealand music...and acts you'll never have heard of) and to mooch about and munch at 445 stalls.

Trying to impose order on this potential chaos, and to wrangle nearly 500 staff (more than half of whom are volunteers) and over 700 performers, is Festival Director Martin Hanley.

An architect by trade, he now devotes a large part of his working year to running the festival. And he's been there from the outset, when it was a far more modest affair held at a nearby park, before it graduated to the wider suburb in 1997.

He'll share some songs that were hits at previous festivals as well as some personal picks.

Life as a Casketeer: What the Business of Death Can Teach the Living
By Francis and  Kaiora Tipene
ISBN: 9781775541486
Published by  HarperCollins - NZ

Song: Once in a Lifetime
Artist:Talking Heads
Played at 11:09