Saturday Morning for Saturday 18 May 2019

This Saturday Morning: Kim starts the morning talking to Josh Gerstein, the POLITICO journalist who revealed that Australia resettled Rwandans accused of murdering tourists, including two New Zealand women, in a secretive swap of prisoners for refugees; she talks to 68 year old Emeritus Professor Glynn Owens about why he loves pole dancing; passionate music archivists Chris Bourke and Murray Cammick on the digitisation of the first eight years of local music mag Rip It Up - and it's enduring legacy; Chilean writer Carla Guelfenbein is a literary superstar in Latin America - her latest thriller is "a book about books"; Ken Ramirez is one of the world's top dog trainers and has worked with rescue and service dogs, as well as bomb and narcotic dogs - and thousands of other creatures; Canadian writer, artist and cultural critic Doug Coupland is here for the Auckland Writers Festival, and finally, one of Australia's most prominent political commentators, Annabel Crabb, gives us the skinny as the country heads to the polls for its general election. 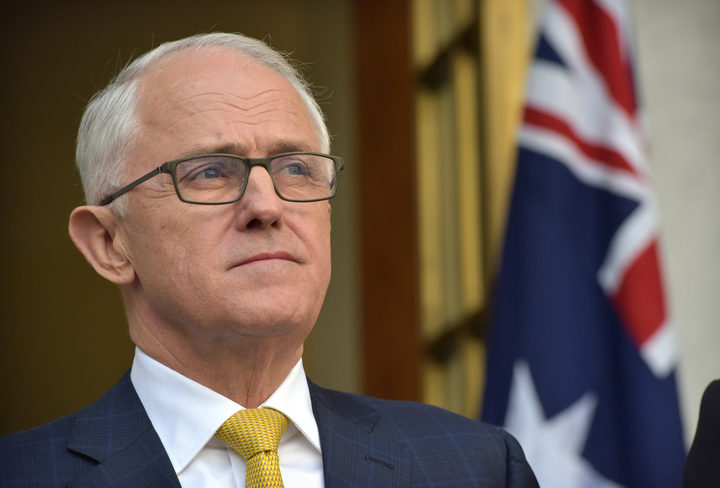 Josh Gerstein is senior legal affairs contributor for Politico. This week he has reported on the case of Leonidas Bimenyimana and Gregoire Nyaminani, two Rwandan men who, along with a third, Francois Karake, were accused of the brutal slaughter of tourists at a gorilla watching sanctuary in 1999. Two New Zealand women, 27-year-old Rhonda Avis and 26-year-old Michelle Strathern, were amongst the victims. The Rwandans were imprisoned in the US but their case was thrown out and they were swapped to Australia, in return for imprisoned refugees, in a deal struck between President Barack Obama and then-Australian Prime Minister Malcolm Turnbull. As Gerstein wrote in his article for Politico, "the secret arrangement seems certain to spark controversy in Australia, where immigration and refugee policies have been a political tinderbox for nearly two decades". 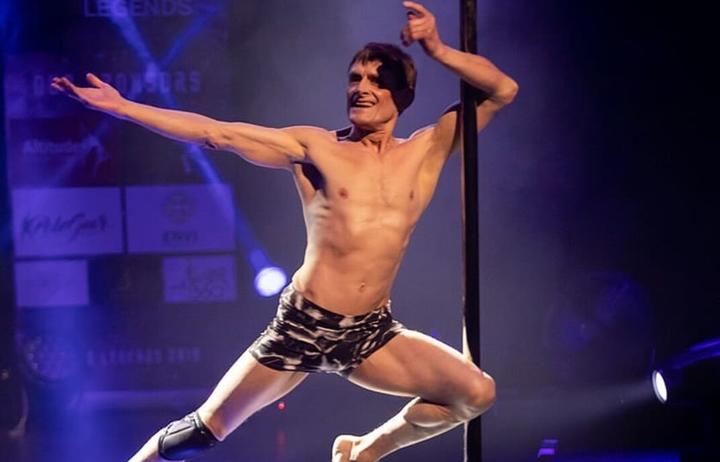 Before his recent retirement 68 year-old Glynn Owens was a Professor of Psychology at the University of Auckland. He has competed at national and international level as a judo player and participated at a recreational level in 30 different sports. At the age of 63 he added another - pole dancing - under the stage name "The Prince". He trains seriously, and on Saturday night will be competing at the heats of the NZ amateur pole performer competition. In 2018 he was selected as one of the top five male pole dancers in New Zealand to complete at the Pole Legends event, where he performed despite nursing a dislocated rib. He will also be performing in an upcoming stage show Meera. 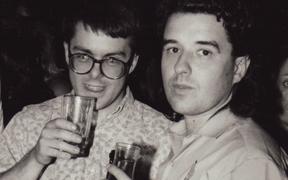 This week the first 100 issues of local music magazine Rip It Up will go live in digitised form at the the National Library’s Papers Past website. It’s the first time Papers Past has digitised a contemporary, popular magazine. The issues come from the magazine's first eight years, 1977-1985, when it was edited and published by Murray Cammick. The magazine was sold by Cammick in 1994 for $1, but he remained with the publication until 1998. It then had a variety of owners and editors until its demise in 2015. From 1986 to 1988 Cammick employed Chris Bourke as the editor, while he concentrated on publishing. Cammick, now a DJ and writer, and Bourke, the content director of music history website AudioCulture, will join Kim to talk about how Rip It Up helped New Zealanders lose their cultural cringe.

Rip It Up: The salad days 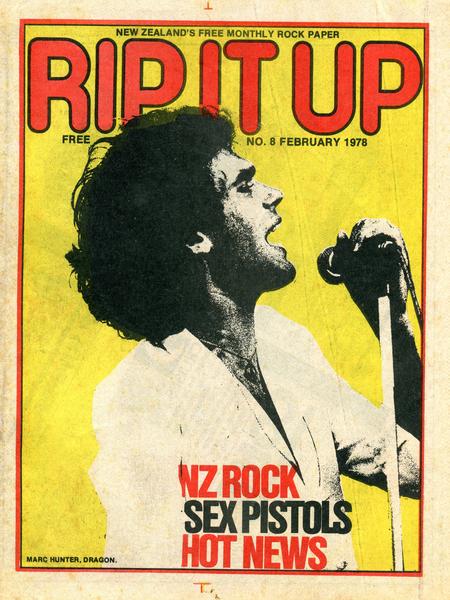 Marc Hunter from Dragon, #8, 1978, photo and layout by Murray Cammick. 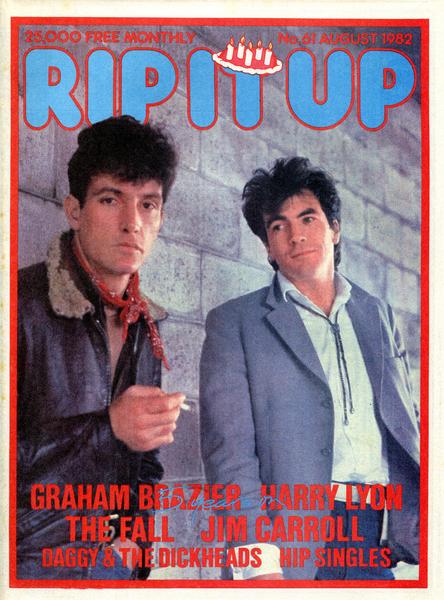 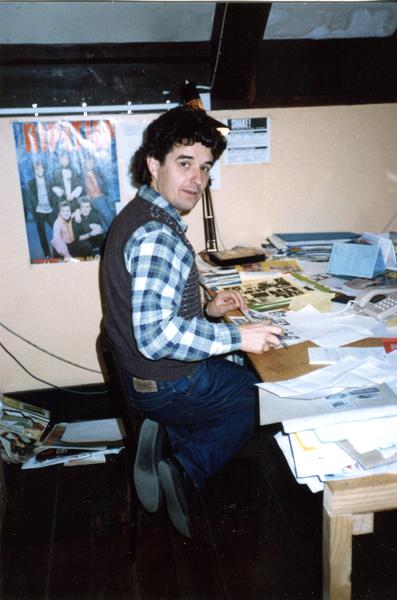 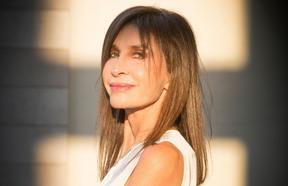 Carla Guelfenbein is a novelist and screenwriter and was born in Santiago to a Russian-Jewish family. She is one of Chile's bestselling writers and the author of five novels including In the Distance with You and The Rest is Silence, which was acclaimed by J M Coetzee as 'subtle, clear-sighted and compassionate.' Her work has been translated into fourteen languages. She has also worked as an art director for BBDO and a fashion editor for Elle magazine. Carla Guelfenbein has one more event at the Auckland Writers Festival - on Sunday May 19th she'll headline a session called "In the Distance". 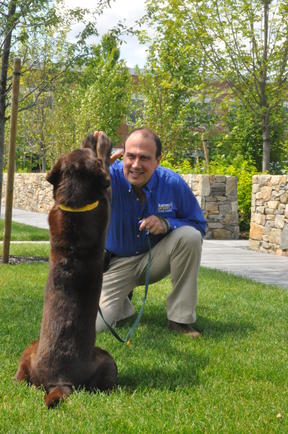 Ken Ramirez is a world authority on animal training. His work history includes 26 years with Chicago's Shedd Aquarium, where he developed and supervised animal care and animal health programs, staff training and development for the entire animal collection of more than 32,000 animals. A biologist and animal behaviourist, he also served nine years at Marineworld of Texas and was a trainer and coordinator at Ocean Safari in South Padre Island, also in Texas. He began his training career working with guide dogs for the visually impaired and continues to research dog behaviour and training for rescue and service dogs, as well as bomb and narcotic dogs. Ken is a special guest at this year's Association of Pet Dog Trainers New Zealand conference, the organisation's 10th anniversary, details here. 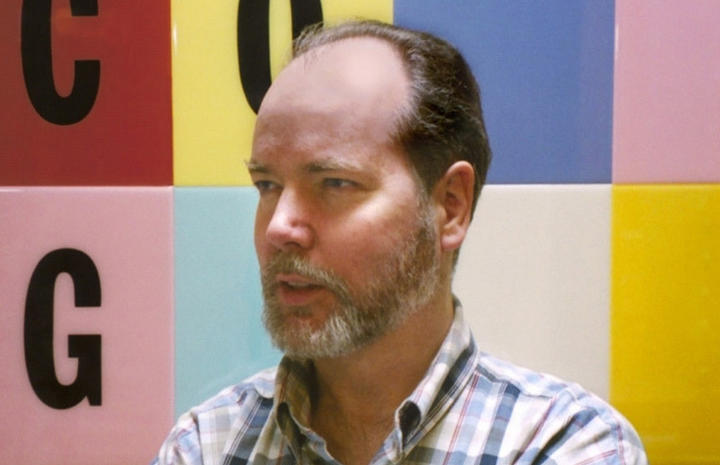 Writer, designer and visual artist Douglas Coupland has published 13 novels including the international bestsellers Generation X and Jpod, along with non-fiction works. He has written and performed for the Royal Shakespeare Company and is a columnist for the Financial Times, and a frequent contributor to the New York Times. Coupland has recently had two separate museum retrospectives, Everything is Anything is Anywhere is Everywhere at the Vancouver Art Gallery and others across Canada, and Bit Rot in Rotterdam and Munich. His exhibition on ecology, Vortex, will be travelling globally throughout 2019 - 2021. Coupland is a member of the Royal Canadian Academy and an Officer of the Order of Canada. He has one remaining event at the Auckland Writers Festival tomorrow, (Sunday May 19th)  called "I Miss My Pre-internet Brain".

The work of Douglas Coupland 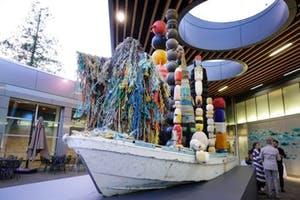 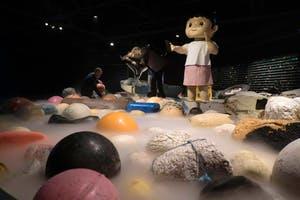 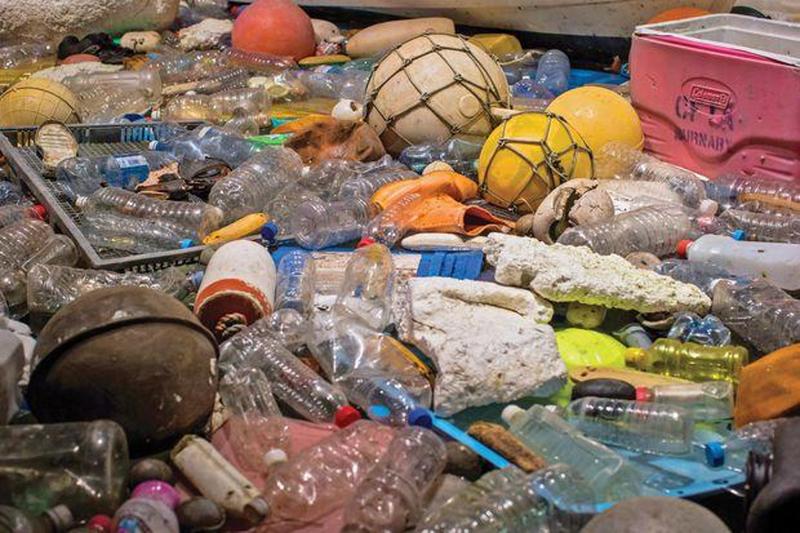 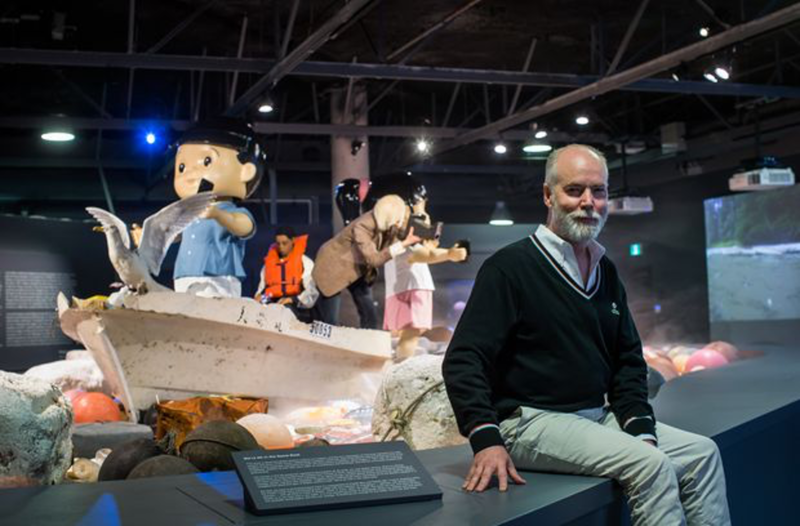 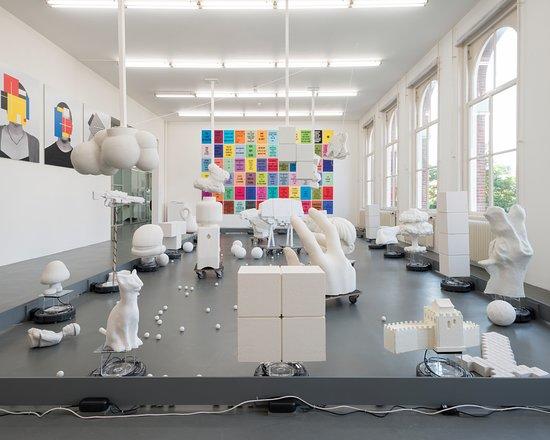 Bit Rot at the Witte de With Center for Contemporary Art 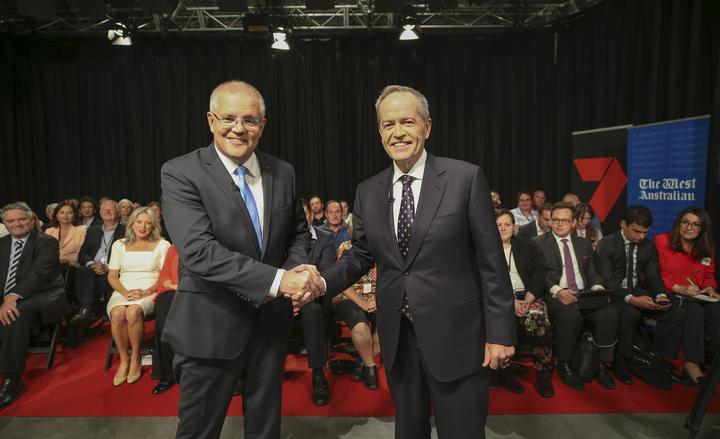 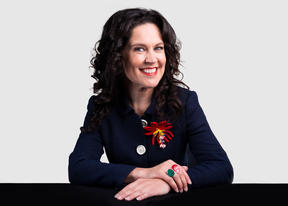 Annabel Crabb is the ABC's Chief Political Writer and presenter of Back in Time for Dinner, The House and the highly acclaimed Kitchen Cabinet series on ABC TV. She is also a regular contributor and presenter on Insiders and The Drum on ABC NEWS on TV. Crabb has worked extensively in newspapers, radio and television. She will give Kim a taste of what's happening across Australia as the country heads to the polls to vote in its general election.

In the Distance with You