Mixing the bizarre and the mundane, Douglas Coupland’s novels explore social change and the texture of the times.

In 1991, before the internet, Canadian Coupland wrote about ‘historical overdosing’ in his novel Generation X – to live in a period of time when too much seems to happen. Major symptoms include addiction to newspapers, magazines and TV news broadcasts. 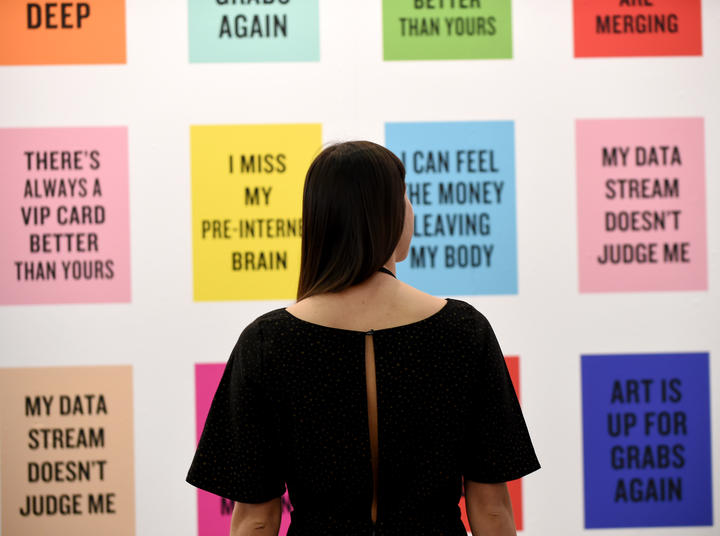 One thousand years ago, people didn’t have a word for the future, only for tomorrow, says Coupland.

“So, when did we invent the future and how much of this acceleration can we actually take, it seems like we’re still absorbing it reasonably OK, but we seem to be straining with the whole polarising issue, we don’t give ourselves credit, I think, for adjusting as well as we have to an astonishing amount of change and so much so quickly.”

Generation X is set in Palm Springs, where it was written.

“I’d been there once before, and it struck me as, I realise now quite incorrectly, a Gatsby-esque place to write a novel.”

He thought it was a great place to write a novel, not realising that it’s one hundred degrees every day, there’s almost nothing to do, and there’s no one under the age of 50.

“But I think this city itself became a metaphor for the world at large and the sense of stasis that really permeated the culture around 89-90. Communism was over, the boogeyman I’d grown up with was suddenly gone, there was no other boogeymen on the horizon…it just seemed like a lot of history’s great big questions had been answered.

“I had to imagine something into existence, a new world – the one I was in, it was not unpleasant, but it didn’t make sense to me.”

Of all the books he’s written, he says it’s Hey Nostradamus! that goes the deepest.

Set in a school in North Vancouver, and sparked by the Columbine Shooting, when the novel came out people just didn’t believe something like that would happen in Canada.

“I think the moment someone says you can’t do that, you can’t say that or whatever, it means you’re really on to something.”

Coupland says it was writing about Canadian philosopher Marshall McLuhan that changed his life, although he says he got dragged kicking and screaming through the book Marshall McLuhan: You Know Nothing of My Work! 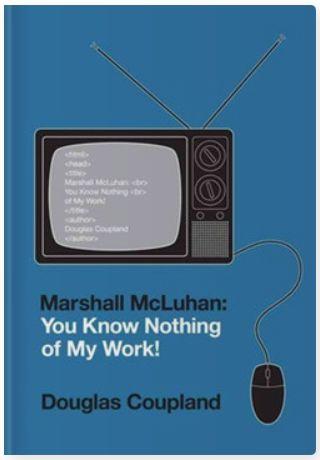 McLuhan anticipated the entire internet, minus the interface, says Coupland.

“Or the new medium, he never gave it a name, when it arrives we’ll antiquate the previous mediums… thus allowing them to become art forms.”

“Given the rate of invention… TV happened around 1950, and it took about 45-50 years for it to become rendered obsolete.

“For something to change the world so astonishingly it took a long time and it was very hard to imagine correctly there, to imagine something in the distance I guess.”

It’s hard to remember your brain pre-internet, he says.

“Sometimes I miss being stupid.”

But he doesn’t want to go back to how it was – “Once you get addicted to any increased level of speed of information you can never go backwards, I don’t think our brain will allow it.”

Whatever proceeds the internet will be something that at the time seems obvious, he says.

His most recent collection of essays and writings, both non-fiction and fiction, is Bit Rot – meaning digital files quickly decomposing.

There was also an exhibition to accompany it.

Coupland says he’s moving away from the written word towards image - he’s been writing for 28 years.

“You’re only get to live once on earth and it’s the only place in the universe with life and god, how do you not spend every moment of life trying to examine that and make sense or beauty from it.” 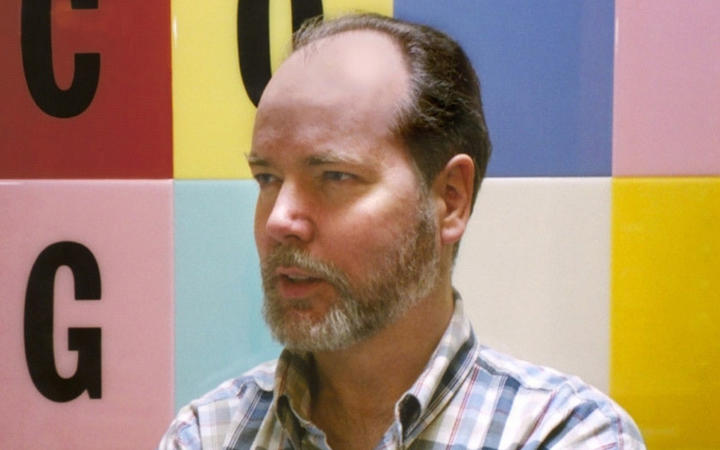 Writer, designer and visual artist Douglas Coupland has published 13 novels including the international bestsellers Generation X and Jpod, along with non-fiction works. He has written and performed for the Royal Shakespeare Company and is a columnist for the Financial Times, and a frequent contibutor to the New York Times and many more. Coupland has recently had two seperate museum retrospectives, Everything is Anything is Anywhere is Everywhere at the Vancouver Art Gallery and others across Canada, and Bit Rot in Rotterdam and Munich. His exhibition on ecology, Vortex, will be travelling globally throughout 2019 - 2021. Coupland is a member of the Royal Canadian Academy and an Officer of the Order of Canada among many other honours.