This Saturday Morning: Kim is in the Christchurch studio as she attends the WORD Christchurch Festival 2018. First up she talks to WORD guest and freelancer copywriter Chessie Henry. Chessie's father Chris, a doctor, was awarded a bravery medal for crawling through the rubble of the Christchurch earthquake in 2011 to find survivors - his story forms the basis of her memoir We Can Make A Life; Liesl Johnstone explains how a thorn puncture she received while gardening led to her almost losing her life; award-winning scientist and documentary maker, Dr Michio Kaku, famous for his work on string theory, talks about The Future of Humanity; WORD guest Robin Robertson discusses poetry - he's the first author of a book of poetry to be long-listed for the Man Booker Prize; artist Euan Macleod talks about the last leg of his first major touring exhibition in his home country, NZ; Sonya Renee Taylor, also appearing at WORD Christchurch, shares the power of radical self-love, and musician Dudley Benson joins Kim in the studio to talk music, and share some from his new, lauded album Zealandia. 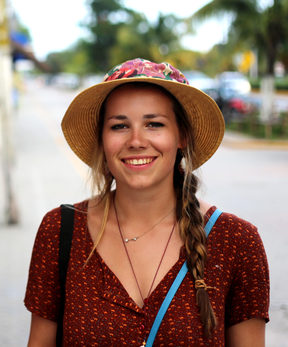 In the hours after the February 2011 Canterbury earthquake, Chessie Henry's father Chris Henry, a Kaikōura-based doctor, crawled into makeshift tunnels in the collapsed CTV building to rescue the living and look for the dead. Six years later, Chessie interviewed Chris in an attempt to understand the trauma that lead her father to burnout. In her book just published, We Can Make A Life: A memoir of family, earthquakes and courage, Chessie Henry considers the psychological cost of heroism and unravels stories and memories from her family history.

Phone numbers to call for help: 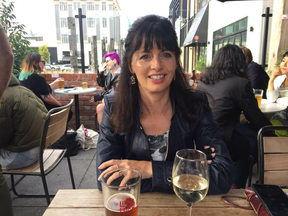 Christchurch woman Liesl Johnstone was picking up prunings from a hawthorne hedge and throwing them on a trailer when a thorn pierced her glove and dug into her knuckle. As the next week wore on, Johnstone lost her appetite and her energy, and when she prodded her knuckle it felt like it "had dissolved into something akin to rotten crushed Weetbix.  The pain shot through its surrounds." By the end of the week, Johnstone was in an operating theatre: "Once cut open, the surgical team watched my flesh turning black before their eyes. Rampant and aggressive, the back of my hand and a lot of wrist was being eaten away by necrotising fasciitis." Several operations later - and, amazingly, still with the use of her hand - Johnstone tells Kim about her brush with death and shares the warning signs of this potentially fatal, flesh-eating disease. 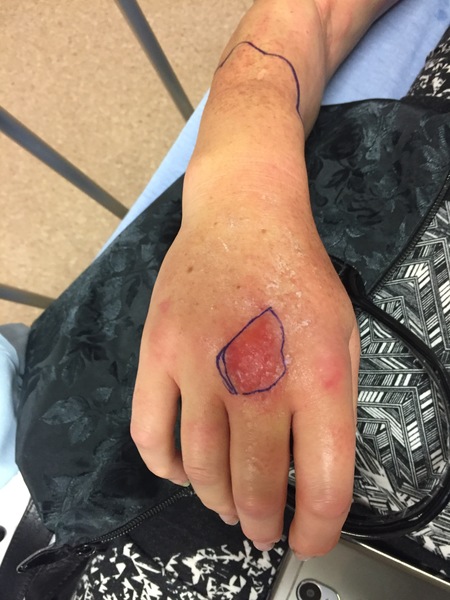 Awaiting surgery while the actual disease was still unknown 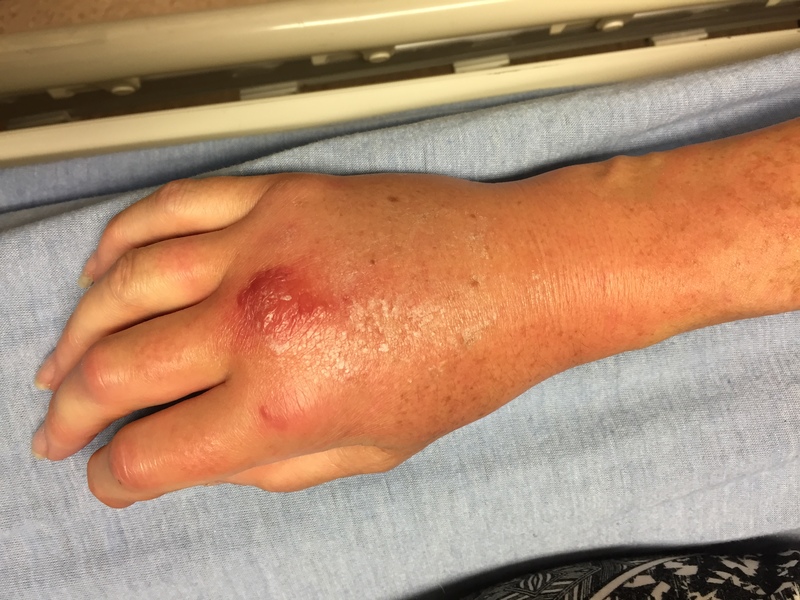 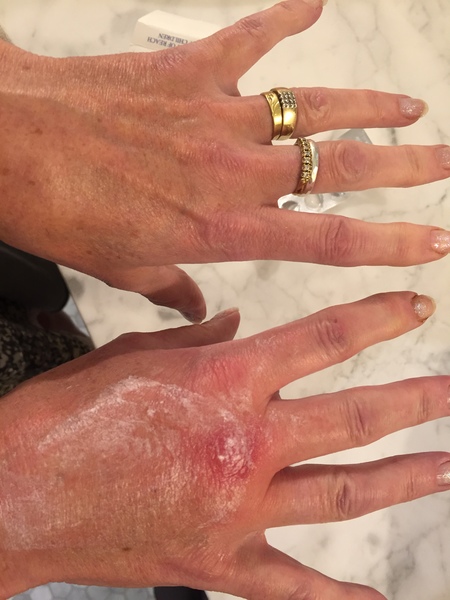 The night before I went into hospital, November 2017 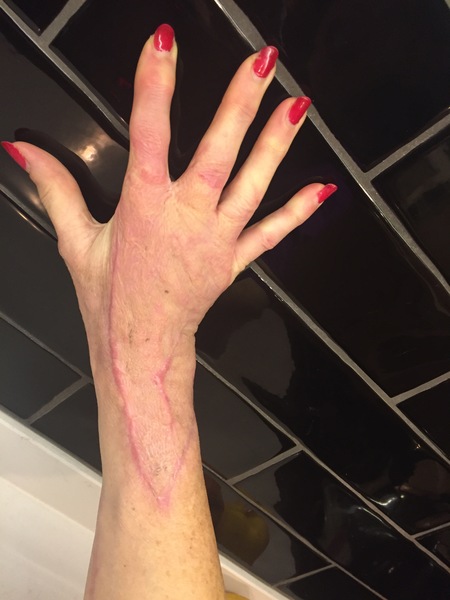 My reconstructed hand eight months later, on the morning before wrist-release surgery 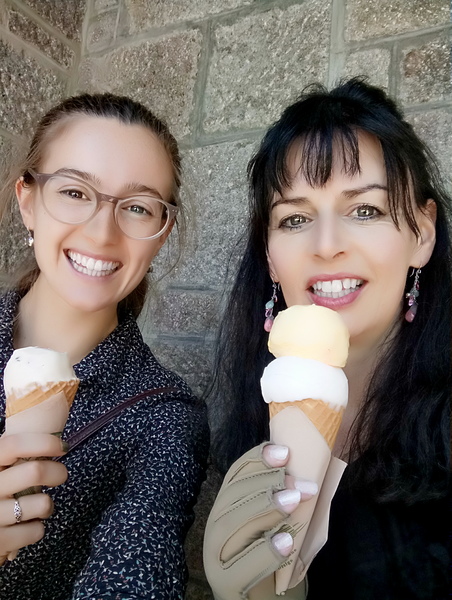 Liesl Johnstone with her daughter Clemency Johnstone, a fifth-year medical student who feared her mother may lose her arm. December 2017 - a couple of weeks after hospitalisation 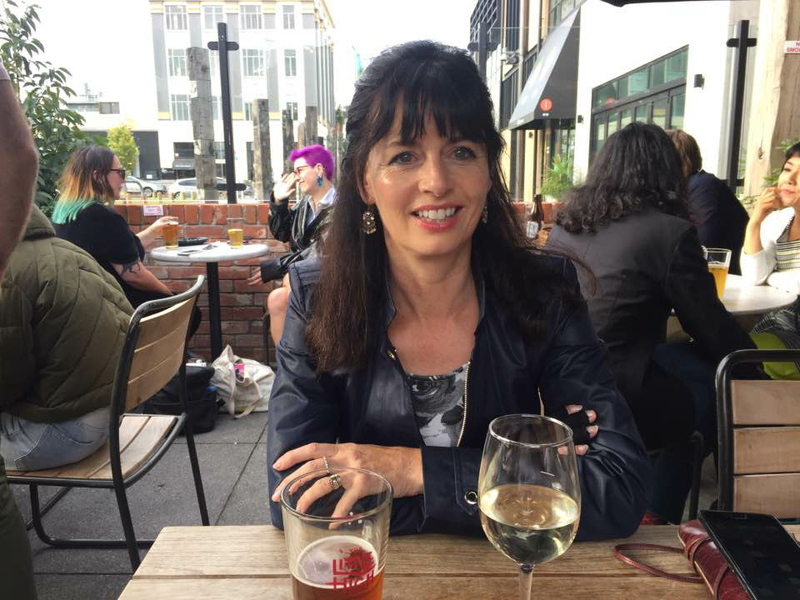 9:04 Dr Michio Kaku - theoretical physicist on the future of humanity 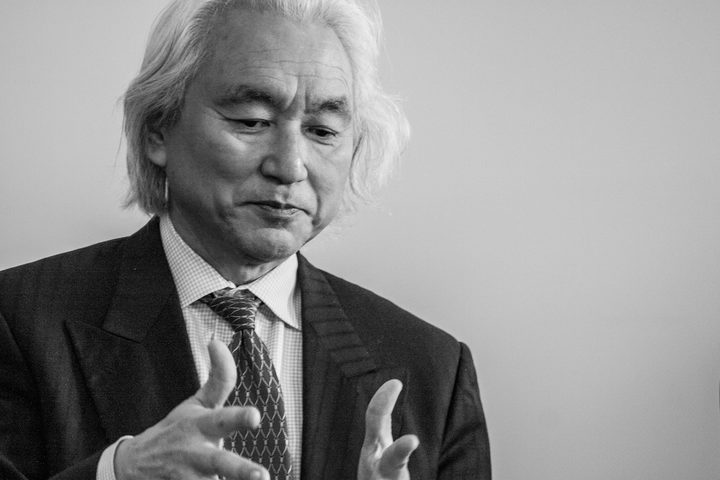 Dr. Michio Kaku is a theoretical physicist, and the co-creator of string field theory, a branch of string theory. His academic work looks to continue Einstein's search for a "Theory of Everything," seeking to unify the four fundamental forces of the universe - the strong force, the weak force, gravity and electromagnetism. He's had more than 70 articles published in physics journals, covering topics such as superstring theory, supergravity, supersymmetry, and hadronic physics, and has parlayed academia into a career as a science and futurism speaker, and author of books for a mass audience. His latest book, The Future of Humanity, contemplates the destiny of humans as they reach beyond planet Earth.  Dr Michio Kaku will be holding three talks in New Zealand in late October and early November, details here. 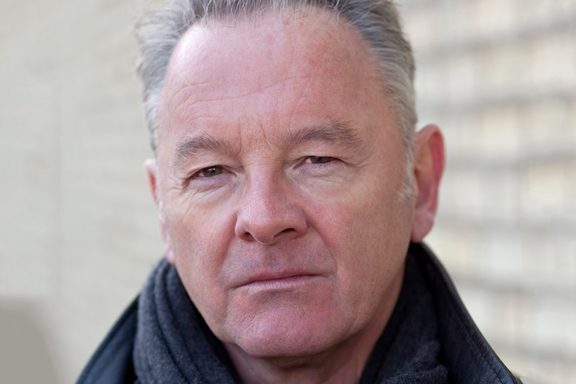 Award-winning Scottish poet Robin Robertson this year released the book-length narrative poem, The Long Take - it is the first book of poetry to be long-listed for the Man Booker Prize and won the Roehampton Poetry Prize 2018. Robertson has published six collections of poetry and received a number of honours, including the E. M. Forster Award from the American Academy of Arts and Letters and all three Forward Prizes. He is in New Zealand for events this week at WORD Christchurch. 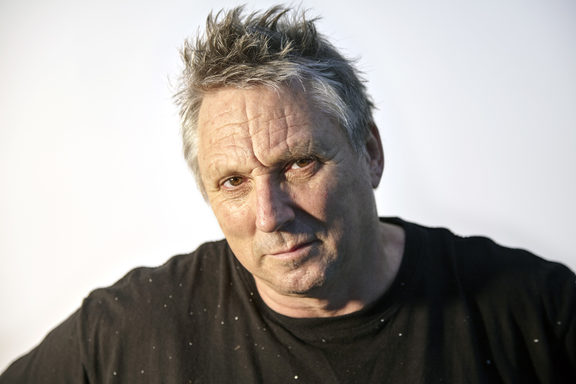 The exhibition, Euan Macleod: Painter, has been touring Aotearoa for the past two years and opens at its last stop, Pataka, in Porirua, this weekend. It's the first major touring exhibition of Euan Macleod's work in New Zealand, featuring 40 works spanning three decades. Many of the paintings are self-portraits in which Macleod becomes part of the environment - burying himself in earth and clay or dissolving into a plume of volcanic smoke. Originally from Christchurch but based in Sydney since the 1980s, Macleod has won, among many other awards, Australia's most prestigious art prize, the Archibald Prize for Portraiture, in 1999, with his 'Self-portrait; head like a hole'. His work is held in many public collections including the National Gallery of Victoria (Melbourne), Art Gallery of New South Wales, the Museum of New Zealand Te Papa Tongarewa and Christchurch Art Gallery. He also has an exhibition on presently at Christchurch's PG Gallery 192. 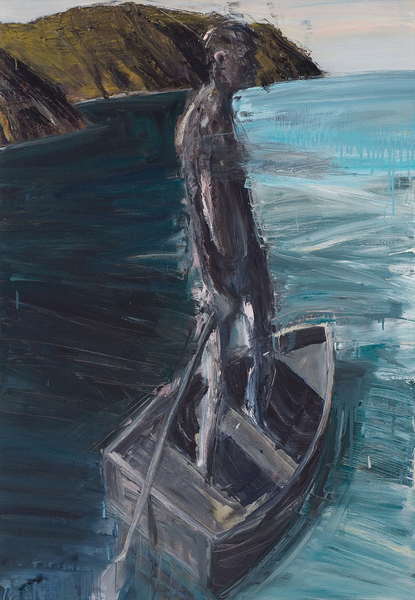 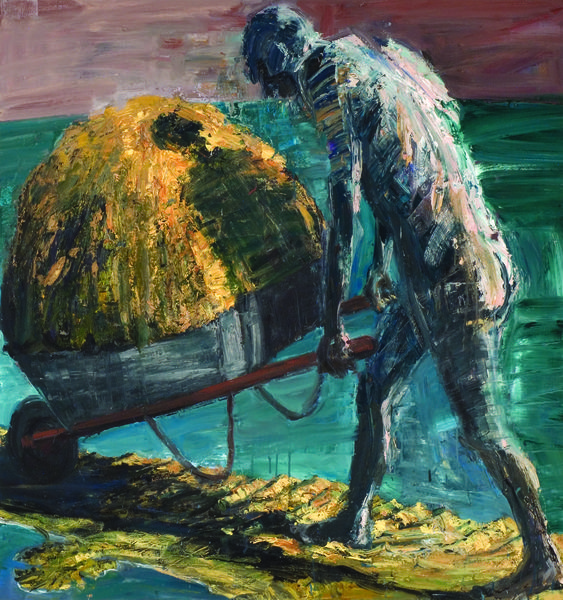 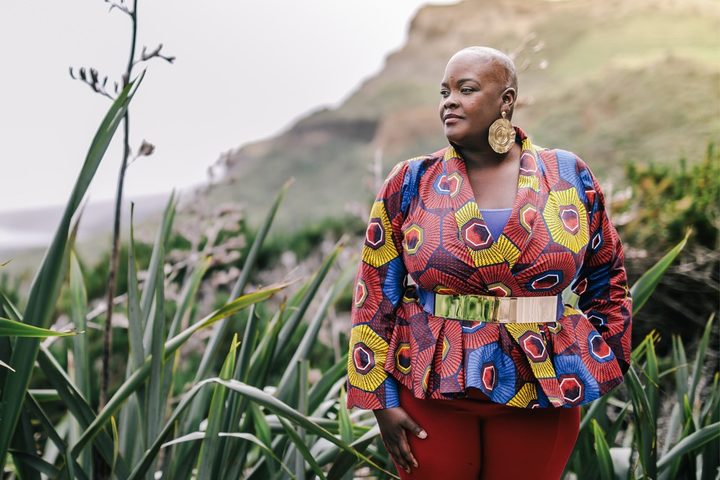 US author, activist and award-winning performance poet, Sonya Renee Taylor, is the founder and executive officer of The Body is Not An Apology - a digital media and education company promoting "radical self-love for everybody and every body". In 2010 Taylor released a poetry collection entitled A Little Truth on Your Shirt, and her new book is The Body Is Not an Apology: The Power of Radical Self-Love. Now spreading her message to the world from her base in Taranaki, Taylor is in Ōtautahi this week for events at WORD Christchurch.

11.04 Dudley Benson - An album and labour of love called Zealandia 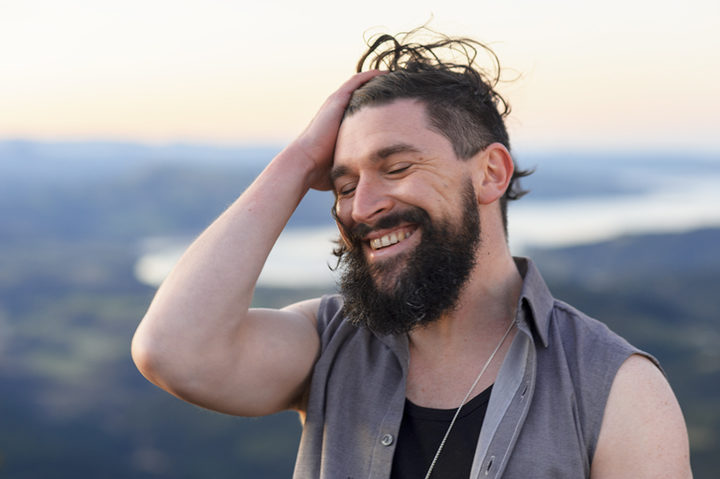 Dudley Benson is a self-described 'avant-pop artist' based in Dunedin. He has released three critically acclaimed albums - 2008's The Awakening, 2010's Forest, and now Zealandia.  Zealandia took eight years to produce and features over 160 contributors, including the Dunedin Symphony Orchestra, the NZ Youth Choir, taonga pūoro and beats made with GNS Science geologists from rocks and minerals within the Zealandia continent.  The starting point for the album was the recent discovery that Aotearoa is in fact not part of the Australasian continent, but its own sunken land mass known as Zealandia. Benson sees this as an opportunity to reconfigure our national identity - to acknowledge our history, and to think about who we want to be as a nation in the 21st century.

LAST WEEK: Kim interviewed the gun control expert, Rebecca Peters. Peters was contacted by listeners who wanted to make a donation to her charity which helps victims of gun violence. 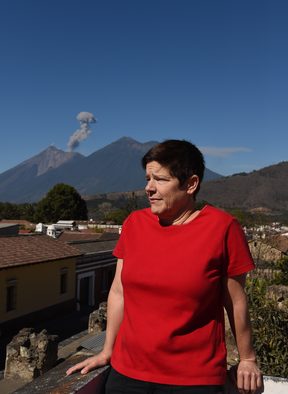 She got in touch to tell us this:

"A few listeners contacted us to point out that our wretched online donation mechanism doesn't recognize NZ (or many other countries) as a location, so they couldn’t make a donation. We are trying to sort it out with the local company responsible. In the meantime I have found an even better solution, which is a tax deductible avenue for NZ donations!

CWS, the development agency of the NZ churches, has agreed to receive donations for Transitions and to provide a tax deduction.

Here are the instructions which CWS sent me:

We Can Make A Life: A memoir of family, earthquakes and courage

The Future of Humanity

The Body Is Not an Apology: The Power of Radical Self-Love