On Saturday Morning this week: Kim talks to Stuart Washington, an Australian journalist with the ABC and one of the team engrossed in the Paradise Papers leak; Nikau Cafe owner Kelda Hains drops by to discuss her famous kedgeree and other delicacies; business maven Theresa Gattung on her new venture - a scheme to crowdfund female entrepreneurs; heavyweights in the world of allergy research, immunology and health policy, Czemi and Mubeccel Akdis, discuss current research into asthma and allergies;  author and history professor William Taubman dissects his exhaustive biography of ex Russian president Mikhail Gorbachev; Drs Cherie Lacey and Catherine Caudwell chart the rise of the 'super-cute domestic robot' - and why it's not all positive; the NZTrio featuring guest violinist Manu Berkeljon preview their last 2017 series, Soar!; and Brisbane author Nick Earls, who mainly writes funny fiction. 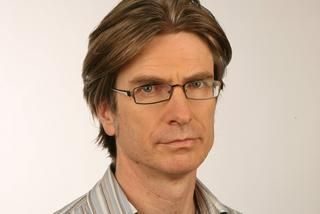 News this week of a massive leak of financial documents revealing how companies and wealthy people avoid tax by investing in offshore havens has put the spotlight on the secretive dealing. Stuart Washington is an Australian journalist who worked with the International Consortium of Investigative Journalists which broke the Paradise Papers story, and is a member of the ABC's Four Corners team which has been covering the revelations.

8:30 Kelda Hains - Kedgeree and other recipes 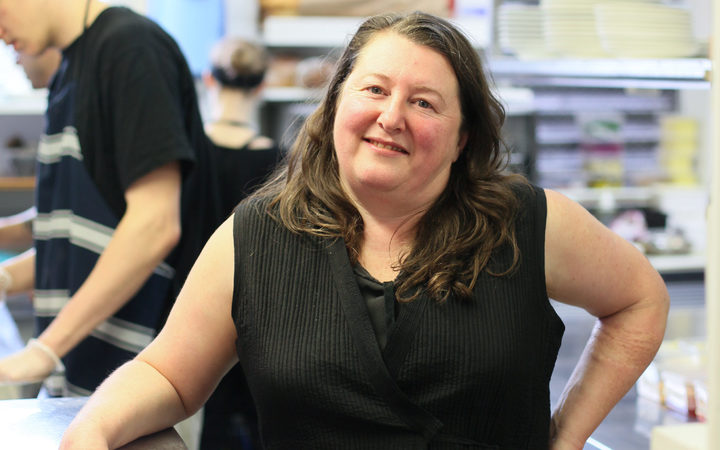 Wellington restaurateur, cook and gardener Kelda Hains owns Nikau Café which has been open for nearly 20 years in the Capital's Civic Square and has a reputation for excellent kedgeree and a range of dishes devoted to seasonal produce. Alongside Nikau co-owner Paul Schrader, Hains has recently opened a new restaurant, Rita, and she has also launched a cookbook, Nikau Café, in which she shares some secrets of the café's most popular dishes and interprets them for the home cook. 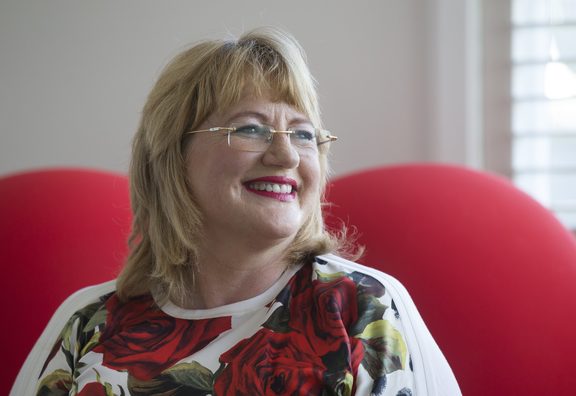 Visiting San Francisco in 2015, ex-Telecom CEO and entrepreneur Theresa Gattung was intrigued by an idea promoted by fellow entrepreneur and mentorship expert, Canadian Vicki Saunders, who had created SheEO, described as a "disruptive economic model". The model brings together 500 women in a cohort of 'activators' - each contributes $1100 to a pool which is loaned out at no interest to five women-led ventures. Loans are paid back into the fund over five years and then loaned out again to five new ventures. Gattung launched SheEO in Aotearoa in October - the first creation of a SheEO model outside North America. Gattung is the co-founder of My Food Bag and World Women and serves on numerous boards, including the national board of the SPCA. 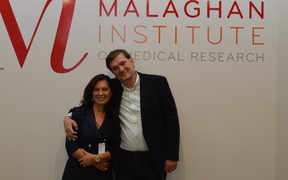 Husband and wife duo Professors Cezmi and Mubeccel Akdis are heavyweights in the world of allergy research, immunology and health policy. Prof Cezmi is the director of the Swiss Institute for Allergy and Asthma Research and Prof Mubeccel is head of immunology at the same institute.  Prof Cezmi advises throughout Europe on health policies to deal with asthma and allergies. Cezmi and Mubeccel Akdis discuss what's behind allergies, and current research to find treatments and cures. They visited New Zealand to speak at the Malaghan Institute. 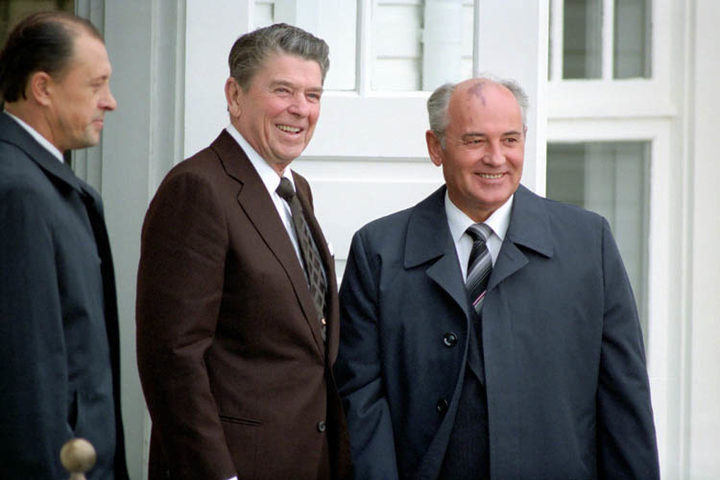 William Taubman is the Bertrand Snell Professor of Political Science Emeritus at Amherst College and the author of the just-published Gorbachev: His Life and Times. His 2003 biography, Khrushchev: The Man and His Era, won the Pulitzer Prize and the National Critics Circle Award for biography. Taubman is also the author of Stalin's American Policy: From Entente to Détente to Cold War, and co-author with his wife, retired Amherst College professor of Russian Jane Taubman, of Moscow Spring. William Taubman was president of the American Association for the Advancement of Slavic Studies in 2009 and chairs the Academic Advisory Committee of the Cold War International History Project at the Woodrow Wilson Center in Washington. 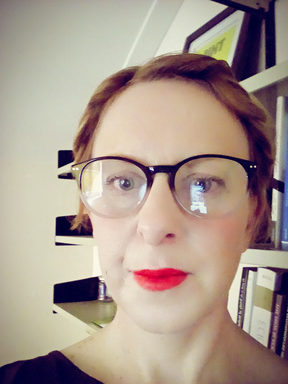 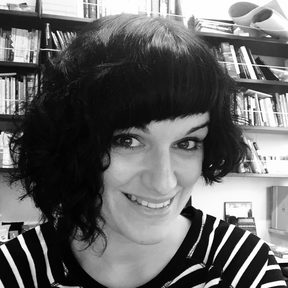 Dr Cherie Lacey is a lecturer in Media Studies and Dr Catherine Caudwell a lecturer in User Experience Design, both at Victoria University of Wellington. The pair have written a paper entitled "What do Robots Want?" (forthcoming in Convergence), which looks at the way home robot devices, often linked to personal digital devices, are deliberately created to look as cute as possible. This design feature of domestic robots creates what they describe as a kind of ‘path of least resistance’, in which personal data is willingly or unknowingly exchanged for experiences of intimacy and companionship with these robots. Lacey and Caudwell are currently writing a book on the same issue, called The Emotional Life of Social Robots: Towards a New Sociology of Human-Agent Interaction. 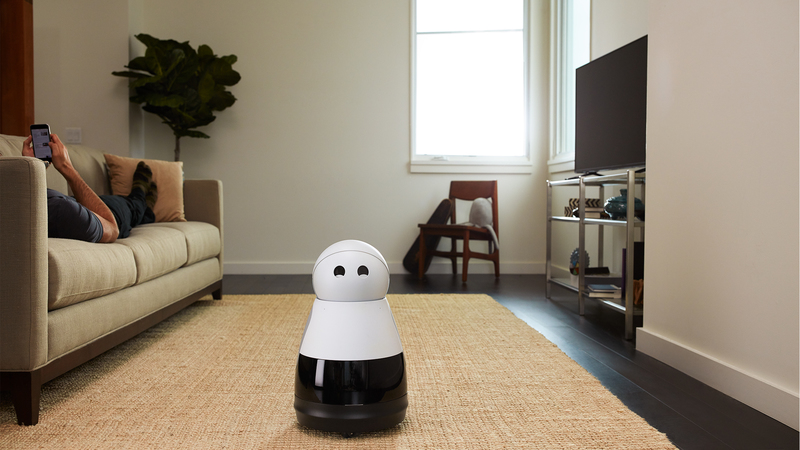 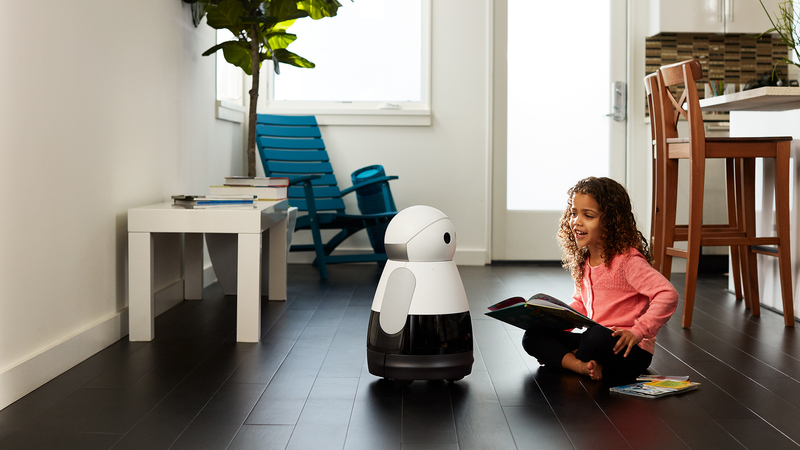 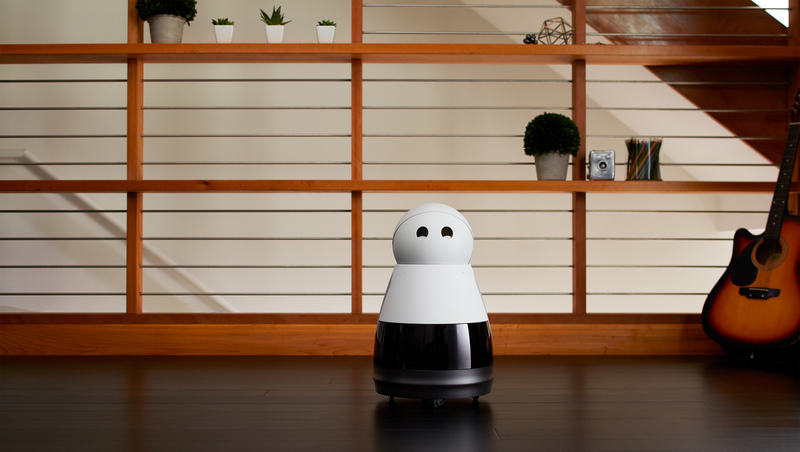 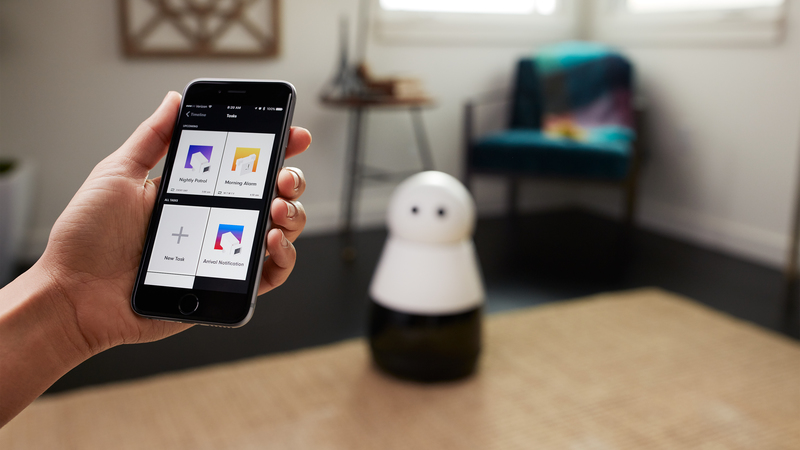 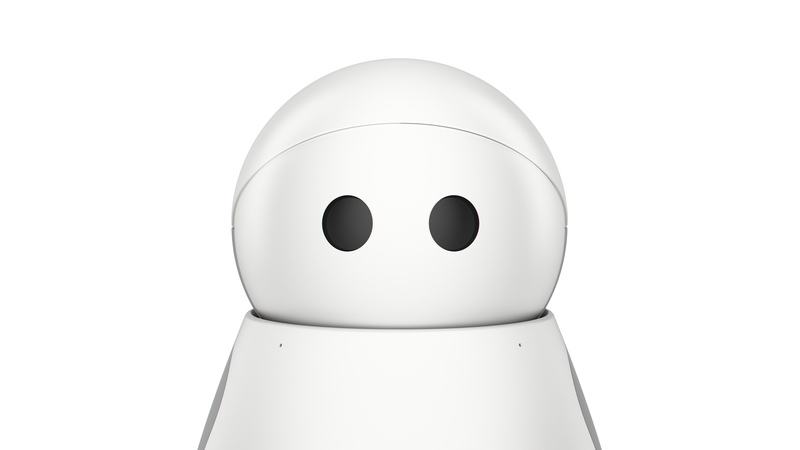 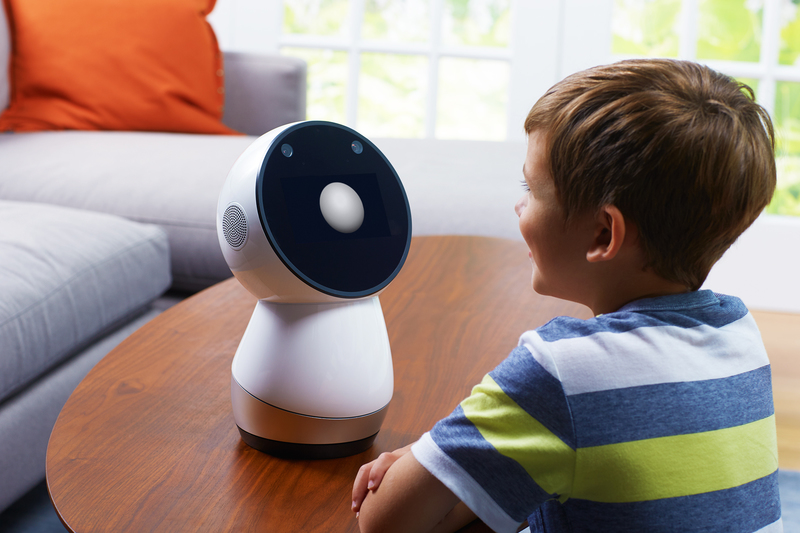 Jibo's the baby of the family 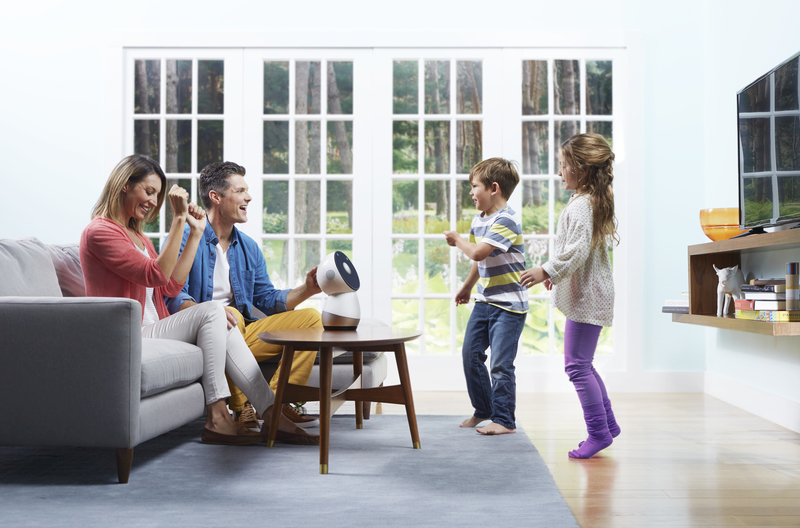 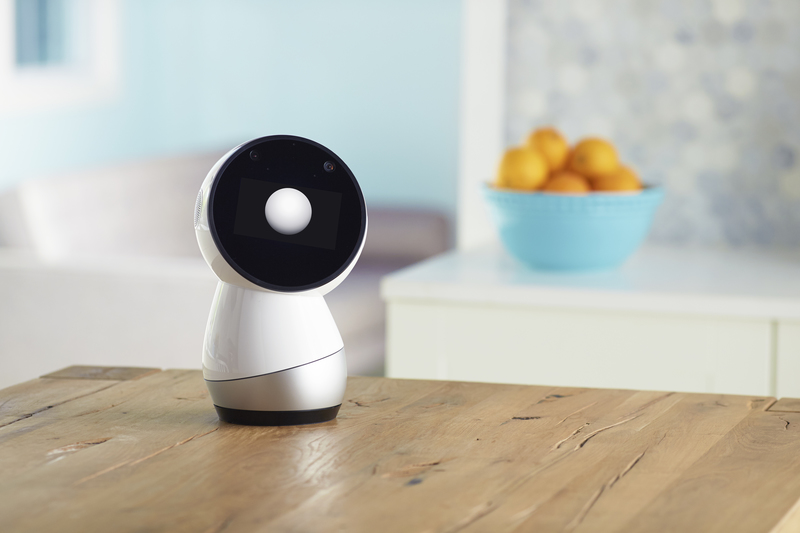 What does Jibo see? 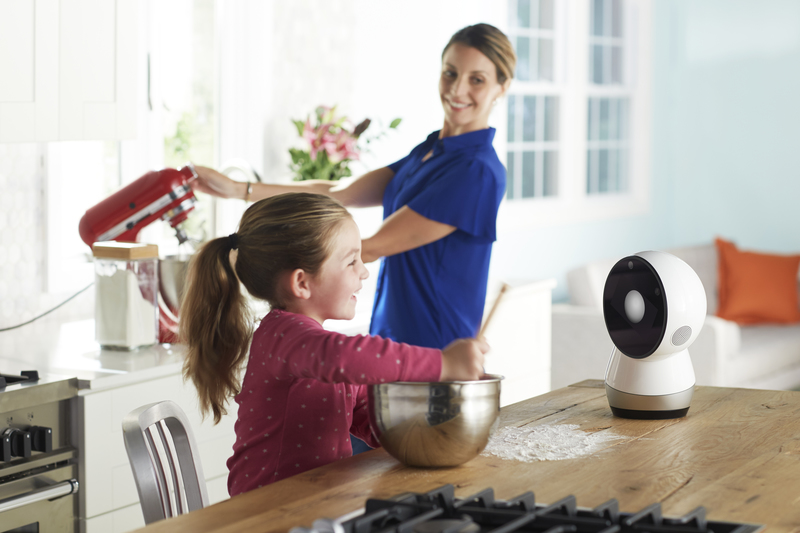 Jibo helps with the cooking

NZTrio is a violin, cello and piano ensemble with a self-described mission to “champion New Zealand composition within a vast and vibrant repertoire”.  The group is committed to performing new commissions by both leading and emerging composers. NZTrio farewelled violinist and founding member, Justine Cormack, in May 2017 and since then cellist Ashley Brown and pianist Sarah Watkins have completed their 2017 performing year with a rotating roster of high-profile violinists. Kim joins NZTrio as the group prepares for its last series of the year, Soar!, featuring Manu Berkeljon. Berkeljon, originally from the West Coast, has occupied the associate principle second violin chair with DalaSinfoniettan in Sweden since 2011. She made her solo debut with the Christchurch Symphony Orchestra at 15, having becoming a member of the orchestra the previous year, and has played across the world. 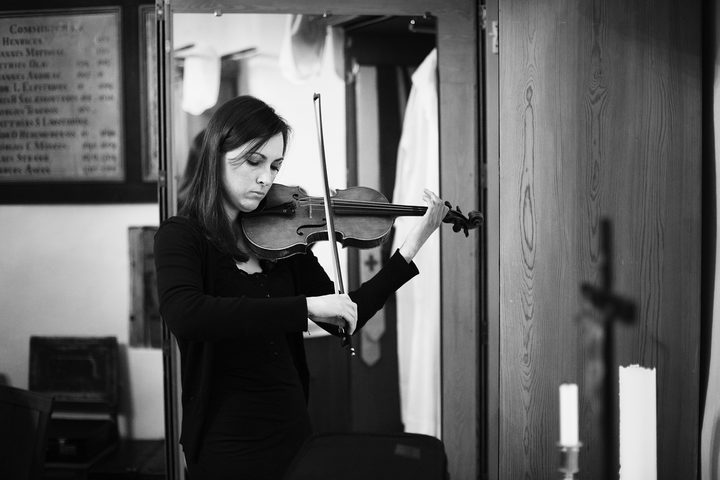 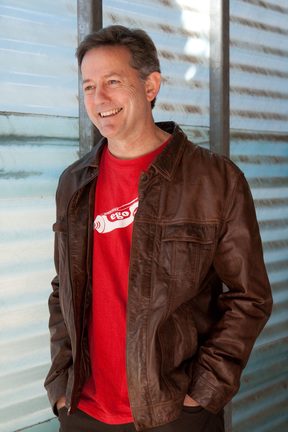 Brisbane author Nick Earls mostly writes funny fiction. And he's busy - so far having written a total of 26 books for adults, teenagers and children. He's on his way to Aotearoa in March 2018 to speak at a New Zealand Festival Writers and Readers event. Last year he published his Wisdom Tree series of five novellas in five months - they were released simultaneously in print, as ebooks and as audiobooks - it was a risky business as novellas are usually shunned by mainstream publishing, but it paid off. He is the winner of a number of awards, including a Betty Trask Award (UK) and Children's Book Council of Australia Book of the Year Award. His Wisdom Tree novellas have won gold medals in the Independent Publisher Book Awards and the eLit Book Awards in the US, the People's Choice Award at the 2017 NSW Premier's Literary Awards and an Australian Book Design Award.

Gorbachev: His Life and Times