Saturday Morning for Saturday 27 May 2017

On Saturday Morning this week: Kim talks to Wayne Smith, All Blacks assistant coach, about his son who is living with cerebral palsy, and how the upcoming Lions Tour will be a springboard for a cause very close to his heart; pop-star turned thespian Jason Donovan about his long working week treading the boards; artist and writer Jacqueline Fahey on her life and times; astrophysicist, author, and science communicator Neil deGrasse Tyson on why spruiking science has become part of the job; Professor Michael D Jackson on his version of 'hands-on' anthropology in some of the world's poorest places; RNZ's own Todd Niall in Bermuda with Team New Zealand; and cat-loving rockstar Ryan Adams shares his latest heartbreak in song.

8:12 Wayne Smith - A rugby legend backs Ride of the Legends 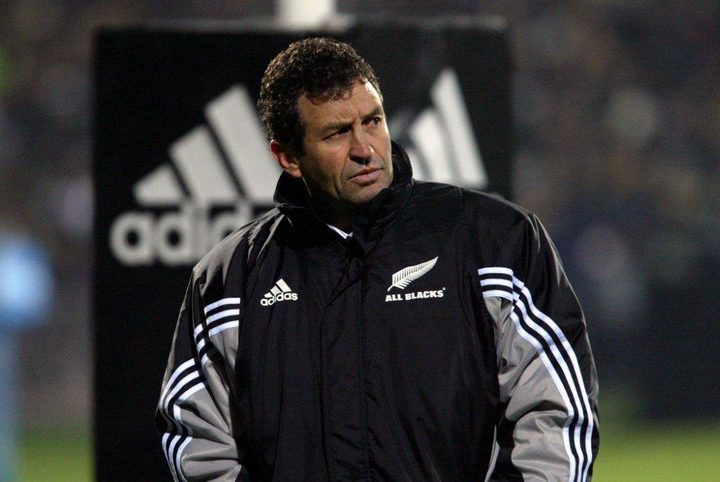 Wayne Smith has just announced he will retire as All Blacks assistant coach, ending a 20-year involvement with the team. Prior to coaching, Smith had a distinguished rugby playing career - from the late 1970s into the mid-80s he was one of the country's most accomplished first five eighths, appearing in 17 tests, and also played in Italy as well as in the sevens in Hong Kong. Smith was the Crusaders' coach from 1997-99, taking the team to victory in the 1998-99 championship, and he mirrored this achievement at the Chiefs 12 years later, with two consecutive wins. He was made Companion of the New Zealand Order of Merit (CNZM) in 2012. Smith and his wife Trish have twin sons, one of whom has cerebral palsy, which led Smith to become patron of the New Zealand Foundation for Conductive Education. NZFCE will be the recipient of charity funds raised during the Ride Of The Legends cycle tour that runs in conjunction with the Lions Rugby Tour, which kicks off on June 3. 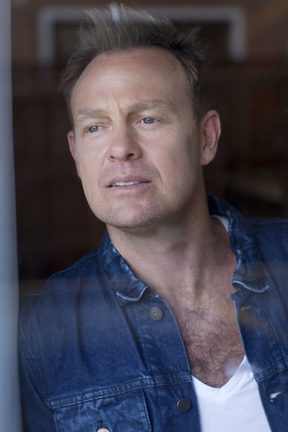 Jason Donovan is an Australian actor and singer, now based in the UK. He initially achieved fame in the Australian soap Neighbours, before beginning a career in music in 1988. In the UK he has sold over 3 million records, and his debut album Ten Good Reasons was one of the highest-selling albums of 1989. He has had four UK No.1 singles, one of which was 'Especially for You', his 1988 duet with fellow Neighbours co-star Kylie Minogue. He has also appeared in several stage musicals, most prominently in the lead role of Joseph and the Amazing Technicolor Dreamcoat in the early 1990s, and television shows including Strictly Come Dancing and I'm a Celebrity ... Get Me Out of Here! Donovan will be in New Zealand in June as part of the cast of the Tony Award-winning play Million Dollar Quartet at Auckland's Civic Theatre. 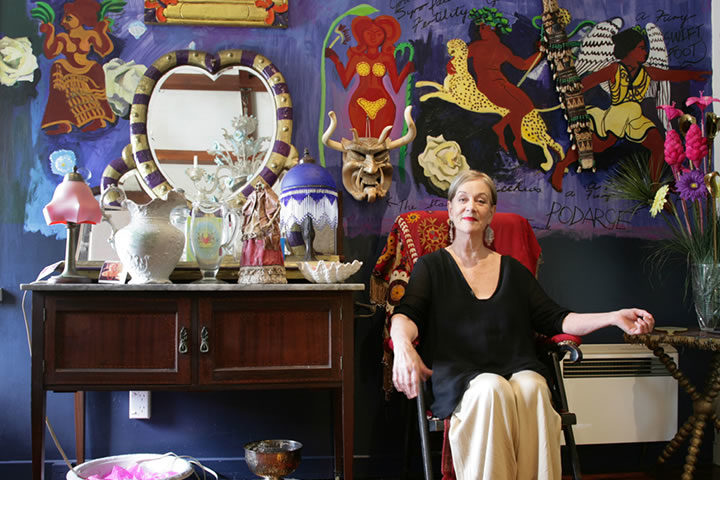 Jacqueline Fahey began studying art at 16, and is now the only survivor of a group of renowned Canterbury women artists that included Rita Angus and Evelyn Page. Fahey was one of the first New Zealand artists to paint from a woman's perspective including, during the late 1950s, work revealing the crippling isolation of women in the suburban family home. Her work has become both more urban and political over time. Fahey was named as an Officer of the Order (ONZM) for services to art in the New Year Honours List 1997, and in 2013 she was honoured with an Arts Foundation Icon Award. Fahey is also a writer - her books include Cutting Loose, about the 1987 coup in Fiji, and best-selling memoirs Something for the Birds and Before I Forget. She will be showing a retrospective of her '70's paintings at the Christchurch City Gallery at the end of the year, curated by Felicity Milburn. 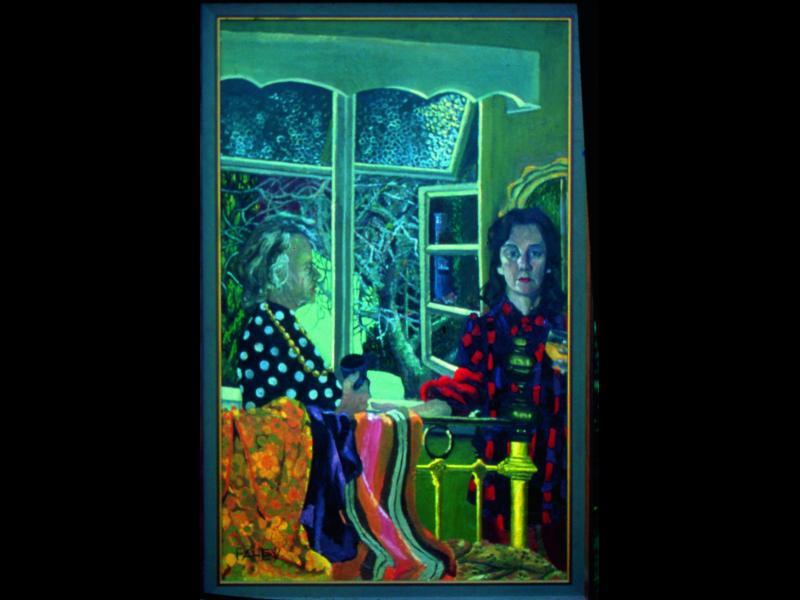 In Memoriam, 1969. Mum and myself at the time of my father’s death. The wintery feel to this painting, the bleak landscape outside and the unmade bed all add to the sense of grief. 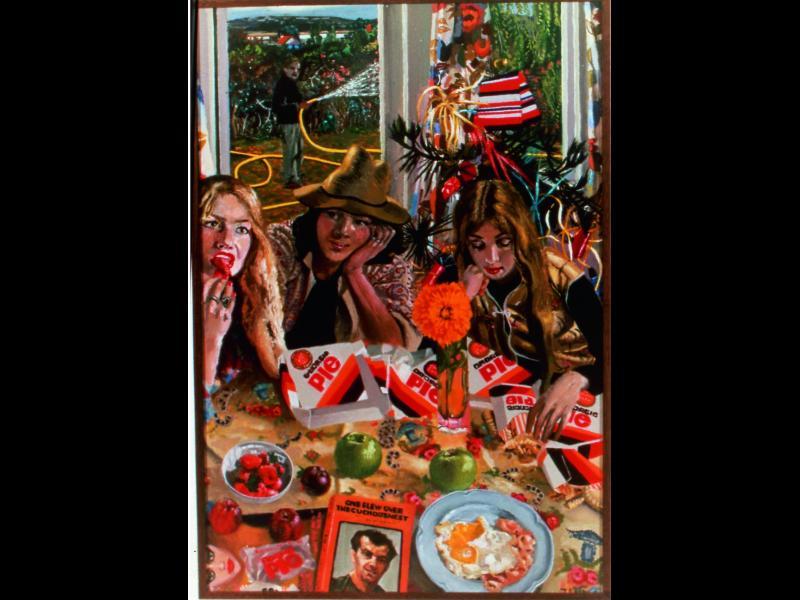 Georgie Pies, 1973/77. There are good portraits here of Augusta, Nick Town (the photographer who took the photos of me in the living room) and Alex. My new diet choice is bacon and eggs. Fraser in in the background is watering the garden. The yellow hose integrates the background and the foreground – and those colourful Georgie Pie packets are so reminiscent of late 1970s and 1980s New Zealand. 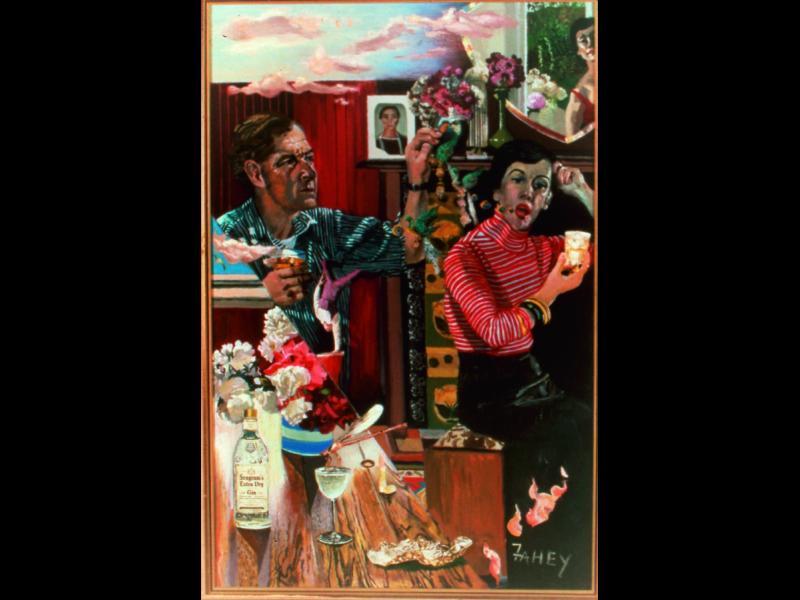 Fraser Analyses My Words, 1977 (Collection of University of Auckland Medical School). It can be hazardous for couples to have a drink together before dinner. Here I depict myself suffering the illusion that my words are momentarily transformed, by booze, into jewel-like, iridescent little creatures. Fraser selects one for scrutiny; but he is also preoccupied with his own balancing act at the hospital and hoping for soothing moments of release, not stimulating discourse. The roses and the bottle on the table recall the days of wine and roses; the large dragonfly perched on the rim of the cocktail glass suggests the dangers inherent in alcohol. The card on the mantelshelf, sent from Rome by my friend Eric McCormick, is of a proud matron of ancient Rome. She is my alter ego – but I often fail to reach her standards. 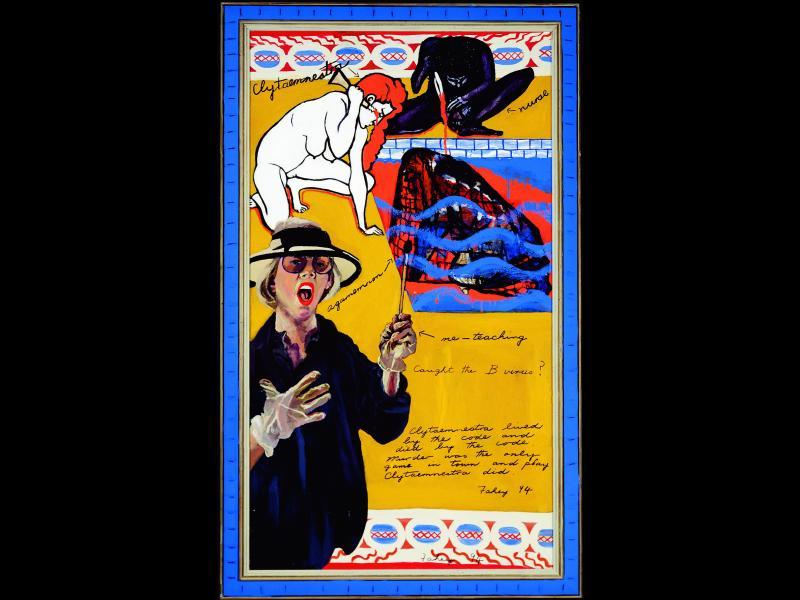 Me Teaching, 1992. Clytemnestra, assisted by her black nurse, murders Agamemnon in the bath. As an indicator I have a lot to say here, backing up what I raved on about in the life class about the very ancient history of women’s struggle for recognition. 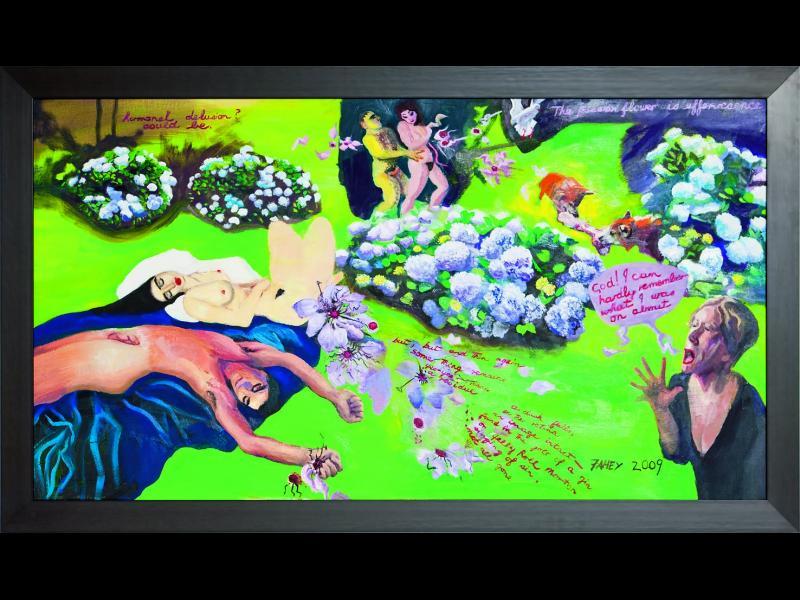 Effervescence, 2009. In the face of the romantic bilge fed to young women, I here suggest that passion is an irrational delirium visited on humans to keep the race going. Shakespeare’s A Midsummer Night’s Dream gloriously illustrates this point. The hydrangea bushes are emblematic of mental hospitals, indicating where I am coming from. ‘I can hardly remember what I was on about,’ I proclaim. Also written into the painting are the words of a song I used to sing while bicycling through Cathedral Square on the back of Bruce Rennie’s bike – ‘Just One of Those Things’. In some ways we never change. 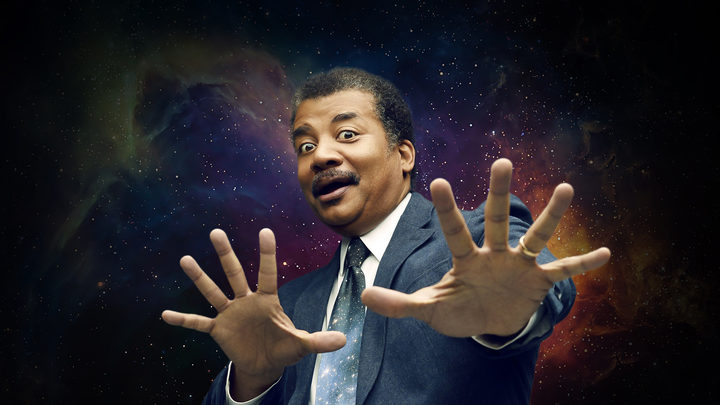 Neil deGrasse Tyson is an American astrophysicist, author, and science communicator. He's a best-selling author, Emmy Award winner, recipient of 19 honorary doctorates, and a man who was once named "Sexiest Astrophysicist Alive". Since 1996, he has been the Frederick P. Rose Director of the Hayden Planetarium at the Rose Center for Earth and Space in New York City. The centre is part of the American Museum of Natural History, where Tyson founded the Department of Astrophysics in 1997 and has been a research associate in the department since 2003. From 1995 to 2005, Tyson wrote monthly essays in the 'Universe' column for Natural History magazine, some of which were published in his book Death by Black Hole (2007); a second book, Astrophysics For People in a Hurry, has just been released. He will be in New Zealand for the first time in early July to present his show, A Cosmic Perspective, at both Christchurch's Horncastle Arena and the Spark Arena in Auckland. 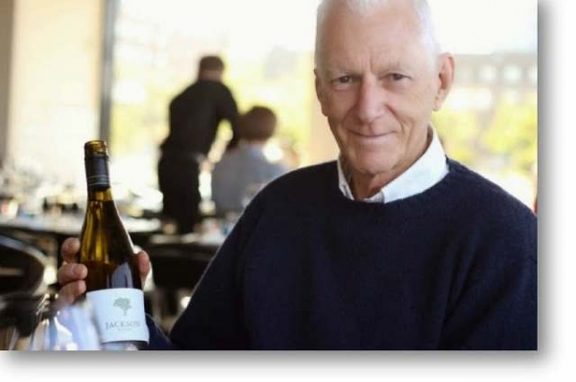 Professor Michael D Jackson is a New-Zealand-born anthropologist and creative writer. He has published 30 books of poetry, fiction, ethnography and memoir, and is internationally known for his vast body of work. Most notably, he has helped define the field of 'existential anthropology' - looking at how groups of humans make meaning of their lives in the face of adversity. In New Zealand, Jackson is best known for his poetry and creative non-fiction (Latitudes of Exile was awarded the Commonwealth Poetry Prize in 1976, and Wall won the New Zealand Book Award for Poetry in 1981). Since 1969 he has conducted extensive fieldwork among the Kuranko of Sierra Leone, the Warlpiri and Kuku-Yalanji of Australia, and African migrants in Europe. Jackson is currently Distinguished Professor of World Religions at Harvard Divinity School. 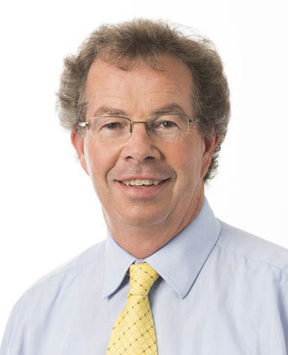 Todd Niall is Radio New Zealand's Auckland correspondent and has held a number of roles over three decades in radio journalism. He's in Bermuda to cover the 35th America's Cup for RNZ (his fifth time covering the race) and will talk to Kim prior to Emirates Team New Zealand's first race in the Louis Vuitton qualifiers. Until June 13th, qualifiers between Team New Zealand, the UK's Landrover BAR, Sweden's Artemis, Groupama Team France and Softbank Team Japan will decide which syndicate takes on Cup holder Oracle Team USA in the America's Cup Match in a best of 13 series starting on June 18th. 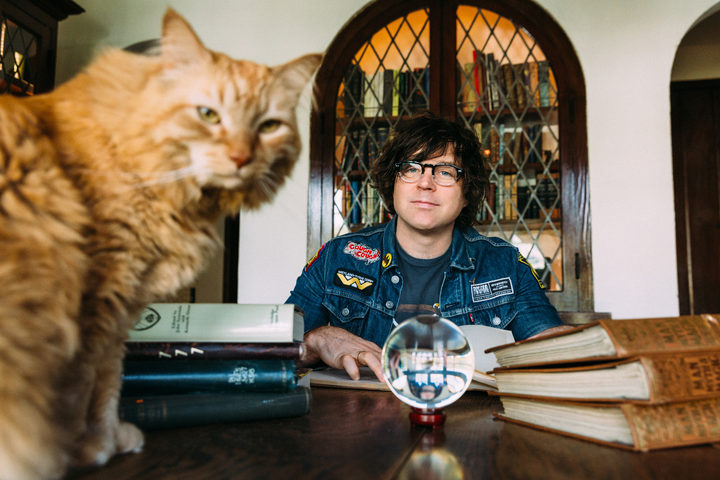 Ryan Adams developed a taste for punk rock and he began playing electric guitar in his early teens. At 15, Adams started writing songs, and a year later he formed a band called the Patty Duke Syndrome, leaving in 1994 to explore country and pop influences with a new band, Whiskeytown, formed with guitarist Phil Wandscher and violinist Caitlin Cary. Whiskeytown's Strangers Almanac became an instant alternative-country classic in 1997 but the band had disintegrated by 1999. Adams made his solo debut in 2000 and has since produced roughly one album a year, and many more songs, and has worked with many of the biggest names in music. He suffered a health breakdown in the late 2000s, when it was revealed he suffered from Ménière's disease. In 2015 Adams released 1989, a song-for-song cover of Taylor Swift's album of the same name. He worked on up to 80 songs for his latest album, Prisoner, influenced by his divorce from his wife Mandy Moore. He launched this album in New Zealand with a show at the Civic Theatre this week. 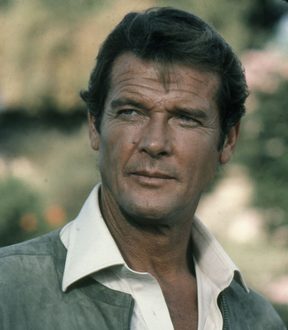 Roger Moore in the film 'For Your Eyes Only'. Photo: AFP

Actor Sir Roger Moore, best known for playing the suave, sexy and humorous lead of seven James Bond films through the 1970s and 80s, died this week aged 89 after a short battle with cancer. As well as making his mark with movies like Live and Let Die (1973) and Octopussy (1983) he was also well known for his humanitarian work including as a Unicef goodwill ambassador. It reminded us that in 2008, Sir Roger was in New Zealand to promote his autobiography My Word is my Bond and Kim spoke to him on Saturday Morning.  Operator Jeremy Ansell remembers Sir Roger being very charming. For all Roger Moore fans, or anyone who'd like to hear that velvet voice again, follow this link.

The Wherewithal of Life:Ethics, Migration, and the Question of Well-Being

The Work of Art: Rethinking the Elementary Forms of Religious Life

Albums mentioned in this episode