On Saturday Morning this week: Kim speaks to Alan Gibbs, one of the country's richest men and someone whose love of cars led to a love of free markets; Margaret Atwood, who explains why her most famous work, The Handmaid's Tale, is suddenly very relevant once more; the mother of rock superstar Dave Grohl, Virginia Hanlon Grohl, on how her son chose the perfect career for his overabundance of energy; Sir Venki Ramakrishnan, on his Nobel Prize for chemistry and where his work on the ribosome might lead; chair designer Martino Gamper tells us about his passion for this particular piece of furniture; and finally Professor Tim Fitzpatrick, whose research gave the modern-day Pop Up Globe makers their measurements - based on those of the original Globe Theatre of Shakespeare. 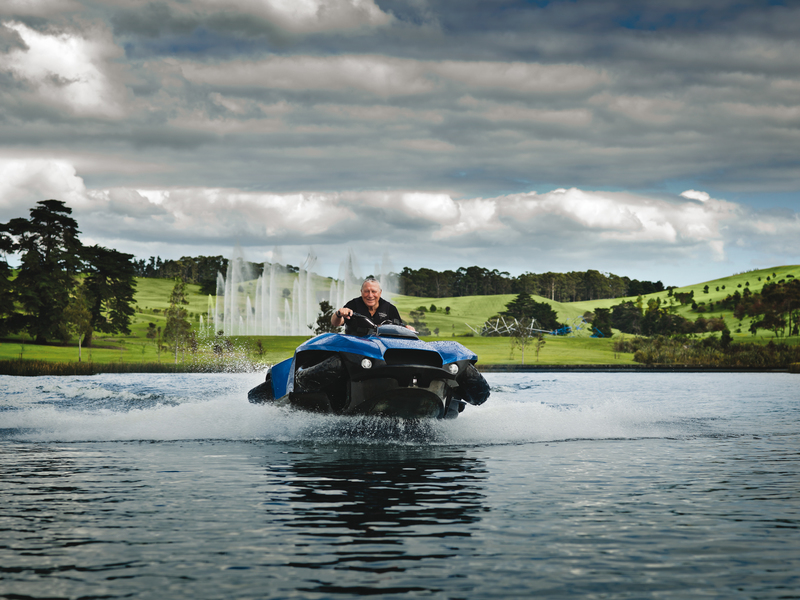 Alan Gibbs driving a Quadski at the Gibbs Farm at Kaipara, north of Auckland 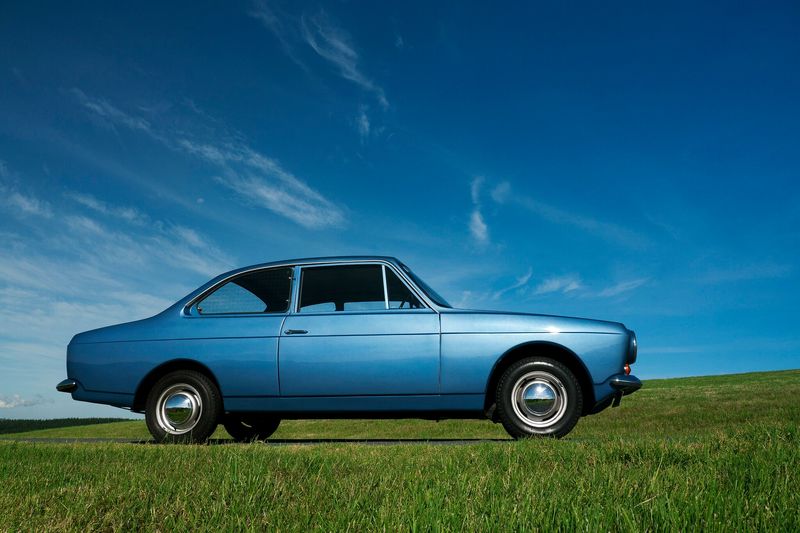 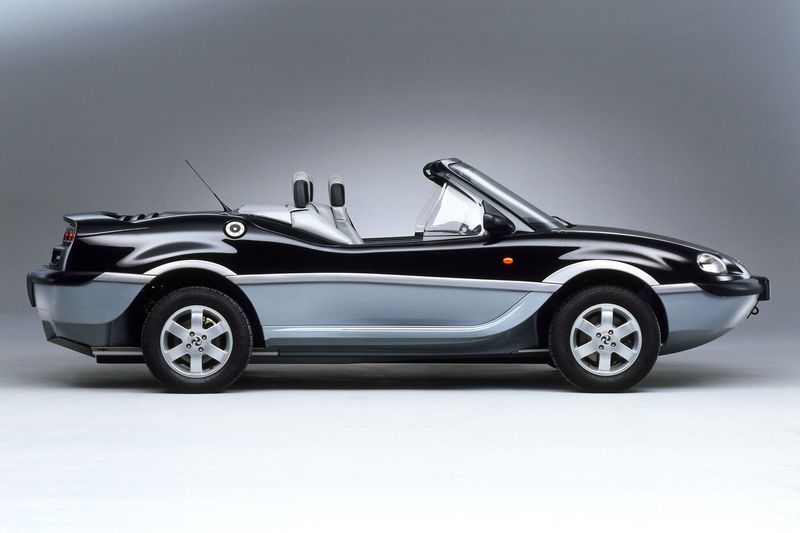 The Gibbs Aquada - amphibious vehicle launched on the Thames in London, 2003 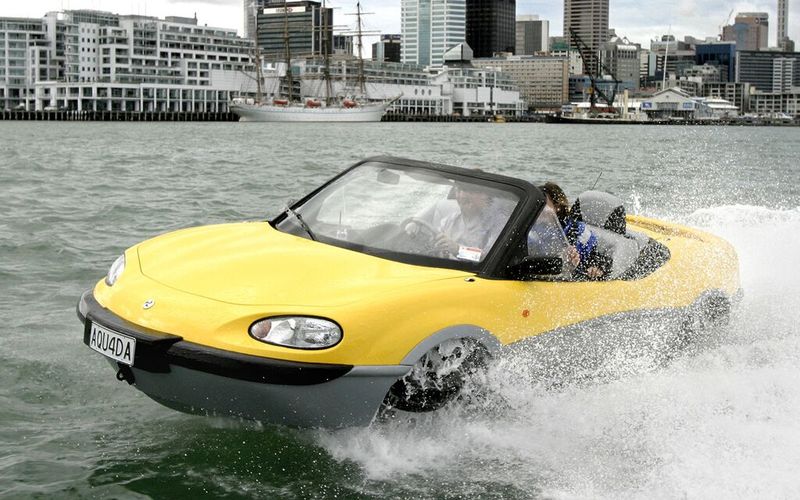 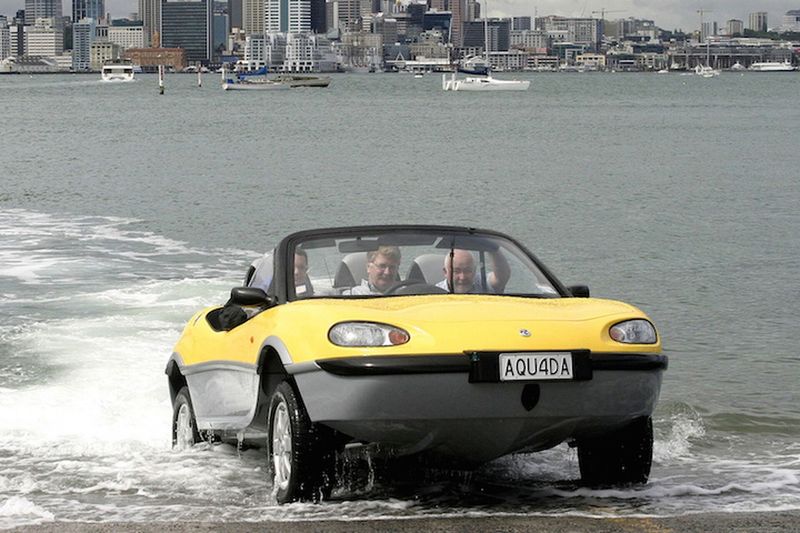 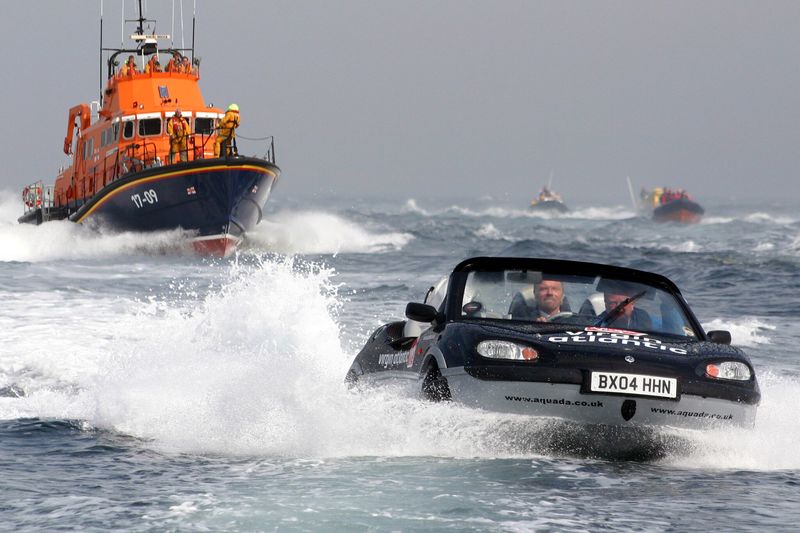 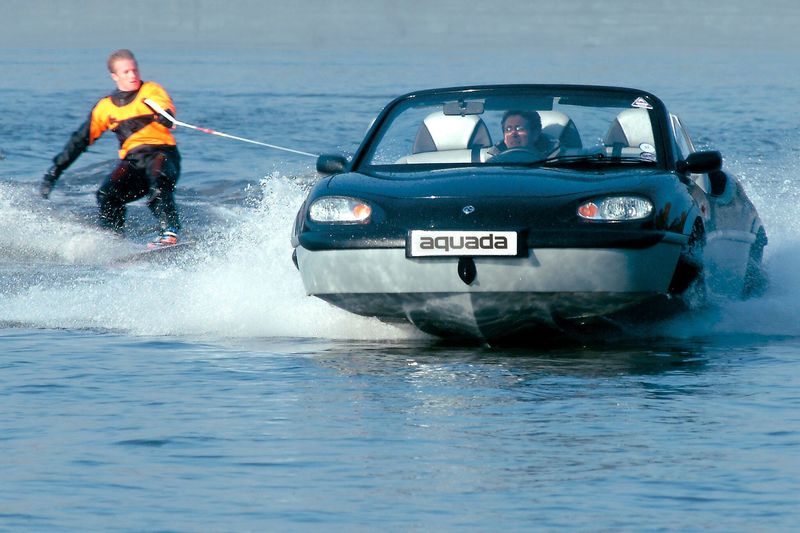 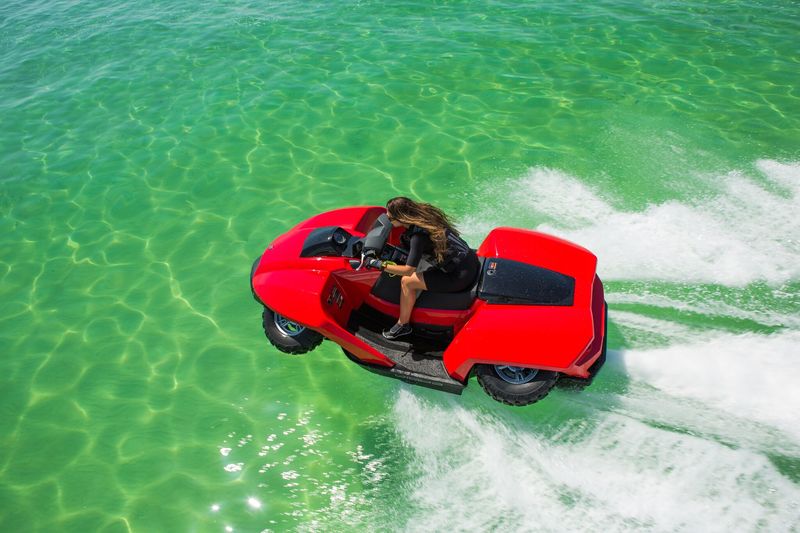 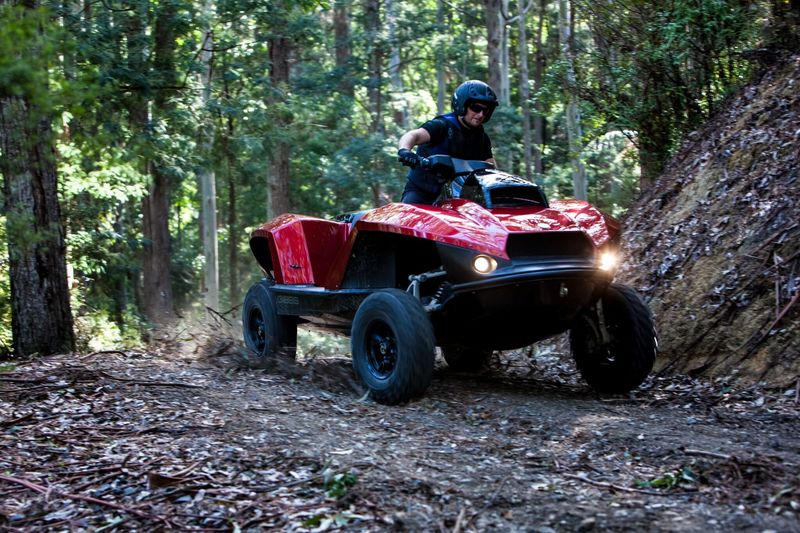 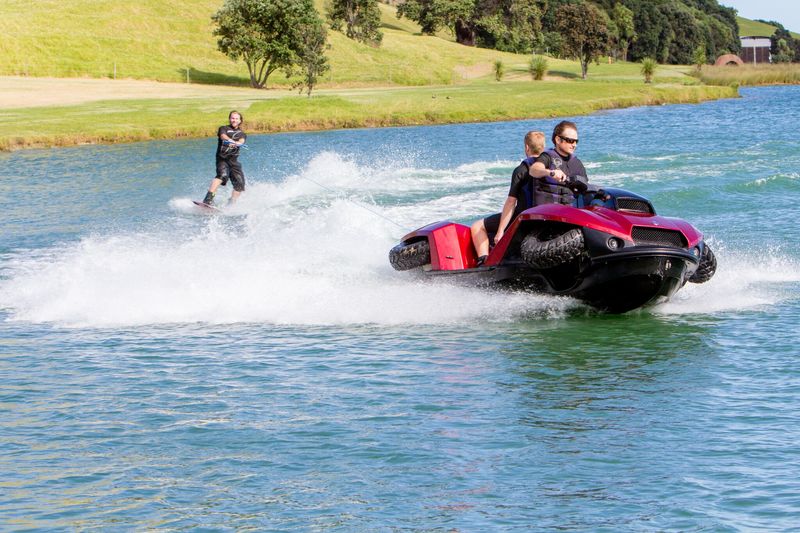 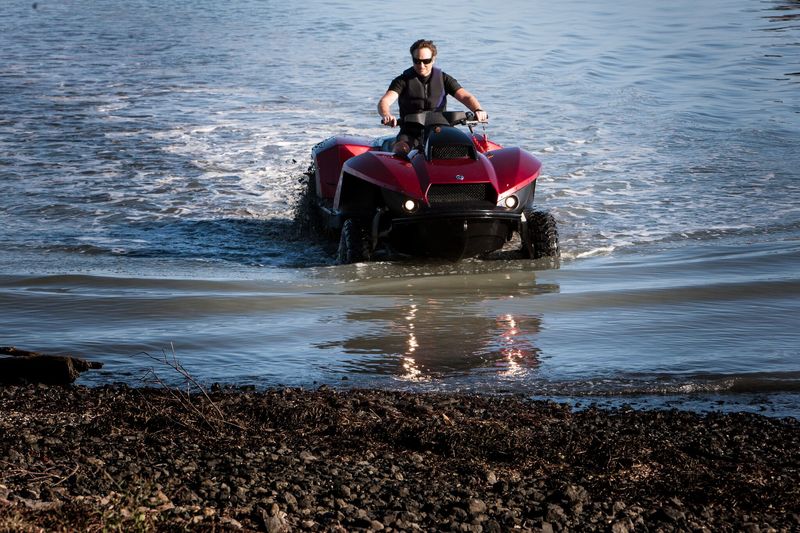 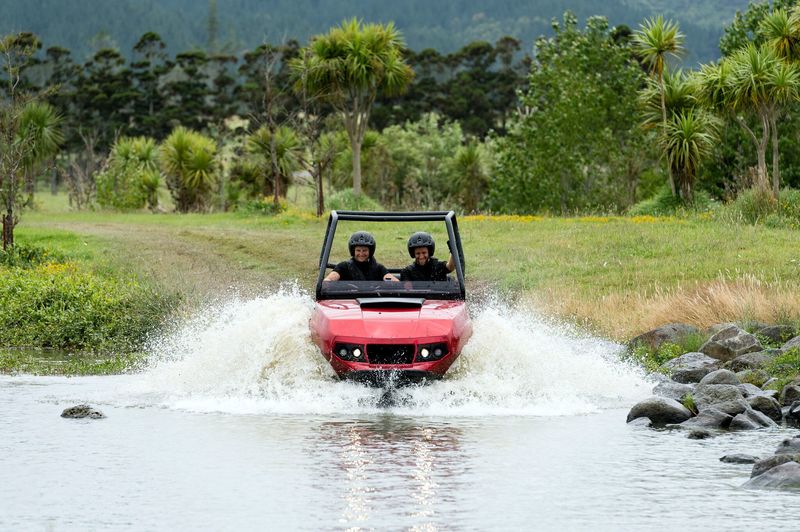 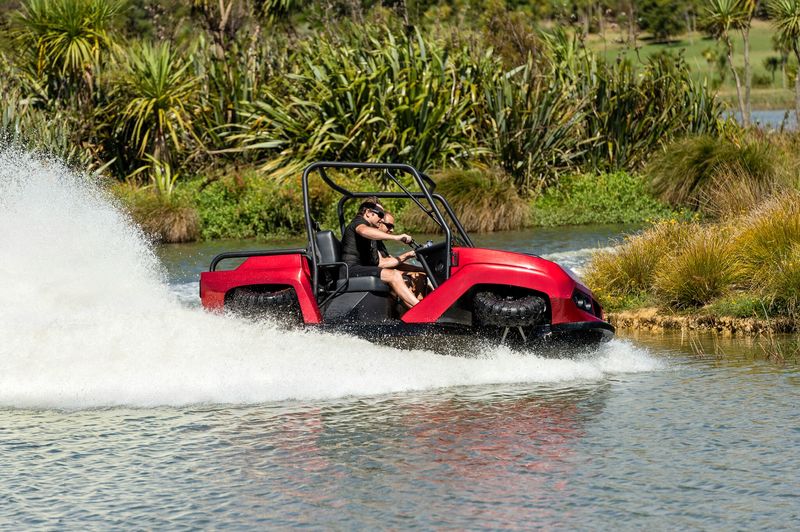 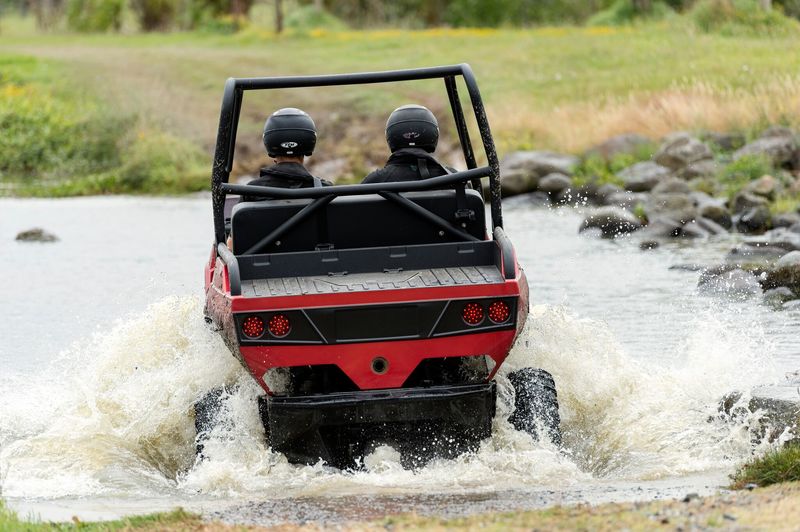 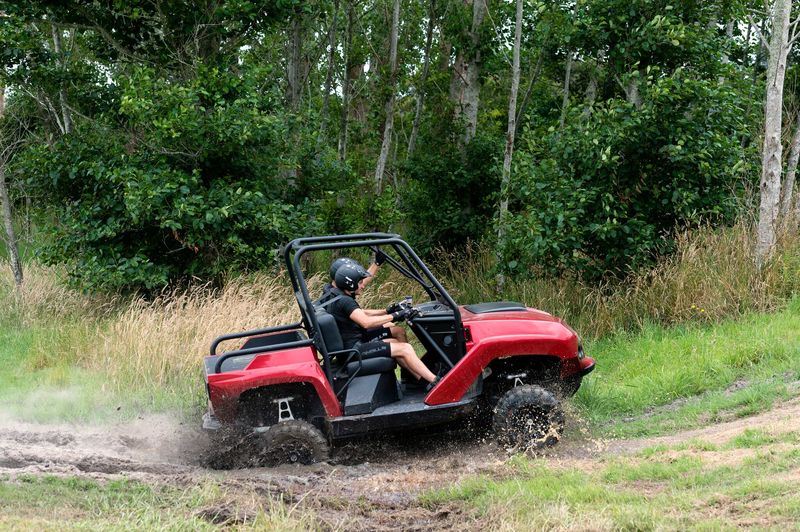 One of New Zealand wealthiest - and most outspoken - businessmen, Gibbs is known to most as a merchant banker who made his fortune after the economic reforms of the 1980s, and went on to fund the ACT party. But apart from his fortune, his forays into politics, and his patronage of the arts, Gibbs is also a life-long car enthusiast - and someone whose foiled attempts to grow a car manufacturing business in New Zealand sparked a life-long belief in free markets. Gibbs talks to Kim about his life and love of motor cars in advance of his involvement in MTA100, a celebration of the centenary of the Motor Trade Association in Wellington, 28-30 April 2017.

9:05 Margaret Atwood - The resurgence of The Handmaid's Tale 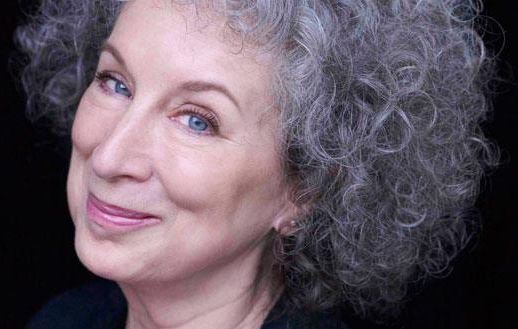 Margaret Atwood is Canada's most eminent novelist, poet and critic. She became world-famous with her book The Handmaid's Tale, winner of the Arthur C. Clarke Award for Science Fiction, shortlisted for the Booker Prize and made into a major film. Despite the fact Tale has never been out of print since it was first published in 1985, it has just reappeared on best-seller lists; many believe its dystopian vision - of women subjugated in a fictional US that's become a fundamentalist theocracy - is a cautionary tale about Trump's America. The book is about to be serialised for television, in an adaptation starring Elisabeth Moss.  A trailer for this series can be seen here. 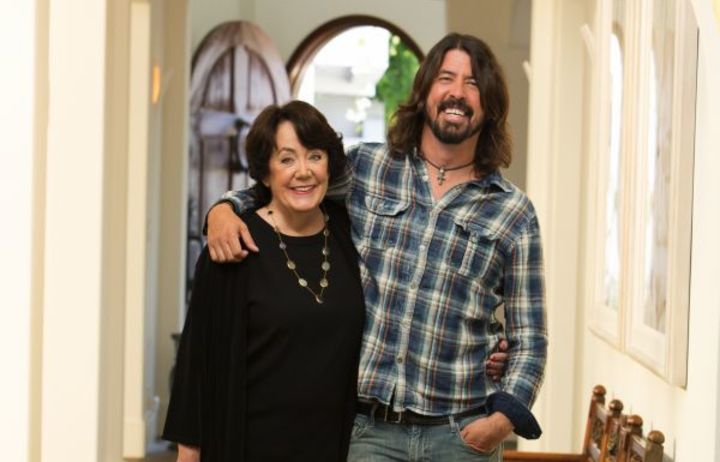 Virginia Hanlon Grohl is the mother of Foo Fighters frontman Dave Grohl. Now in her late seventies, Grohl has always wondered about how other mothers of rock stars coped with having super-famous offspring - and what they did or didn't do to nurture that fame. After someone suggested she track them down and write a book, that's exactly what she did - interviewing 18 mothers of famous musicians for From Cradle to Stage. Virginia Grohl talks to Kim about what she found in the family stories behind some of the biggest acts of the past 20 years - including the mother of Mike D from the Beastie Boys, Pasty Noah, the mother of Adam Levine, Janis Winehouse, the mother of Amy, and many others. 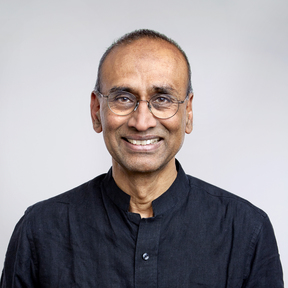 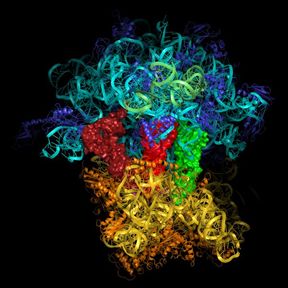 Sir Venkatraman 'Venki' Ramakrishnan is a Nobel Prize-winning biologist whose many scientific contributions include his work on the atomic structure of the ribosome - the site within living cells where genetic information is read to synthesise proteins from amino acids. Currently based at the Medical Research Council Laboratory of Molecular Biology at Cambridge University, Ramakrishnan received the Nobel Prize in Chemistry in 2009 for his work on ribosomal structure, alongside fellow scientists Ada Younath and Thomas Steitz, and was knighted in 2012. He is a Member of the US National Academy of Sciences, and a Foreign Member of the Indian National Science Academy. In 2015, he was elected as President of the Royal Society for a five-year term. He is in Aotearoa as a guest of the Royal Society of New Zealand. 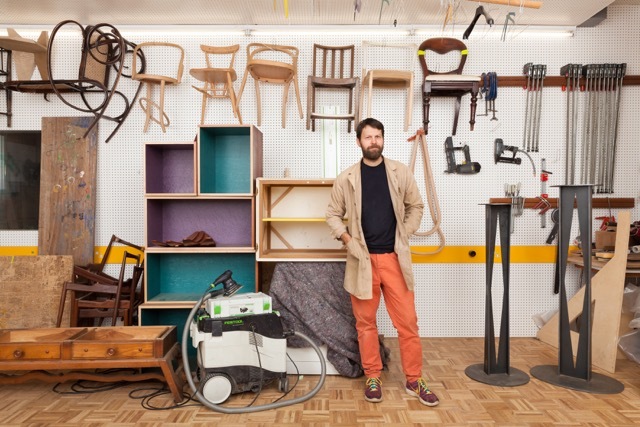 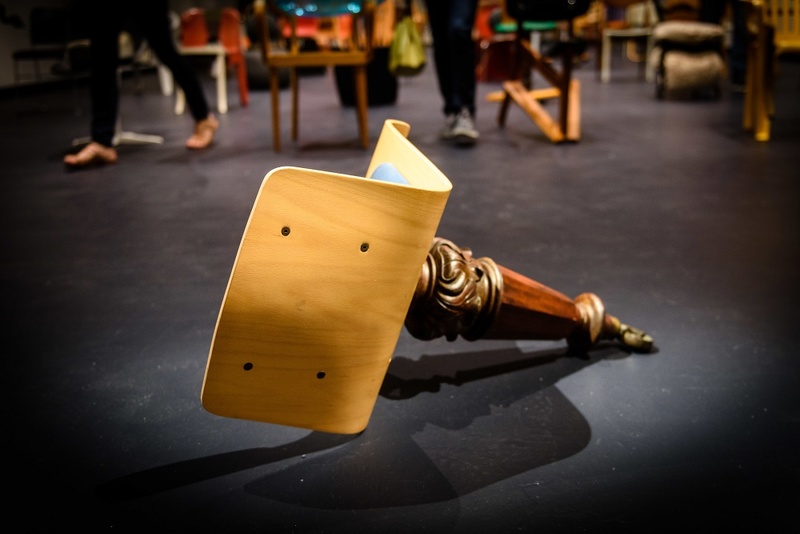 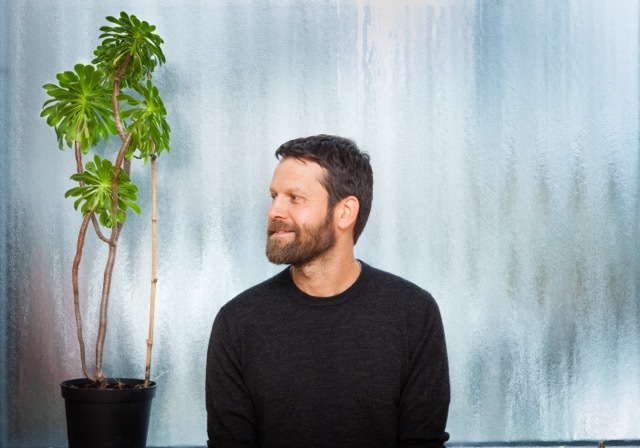 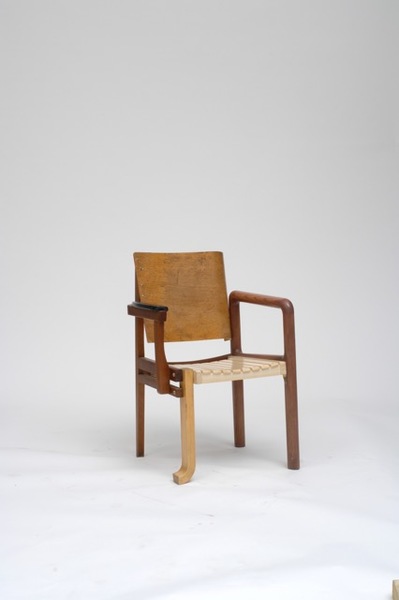 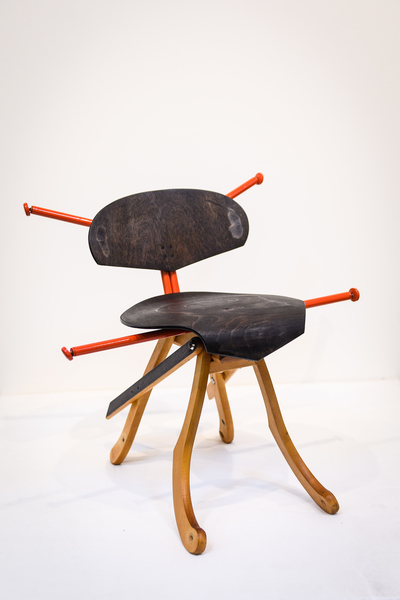 Furniture designer Martino Gamper says, "There is no perfect chair." Ten years ago, the London-based, Italian-born designer initiated his project 100 Chairs in 100 Days, making a new chair a day for 100 days by collaging together bits of chairs that he found discarded on the street or in friends' homes. The resulting project has been shown in England, Italy, the US, Japan, France and Australia, and is now on show at the City Gallery Wellington. Gamper's 100th chair has been made in New Zealand especially for this exhibition. Gamper also creates collaborative exhibitions with jeweller Karl Fritsch and New Zealand ex-pat artist Francis Upritchard - his wife - under the name Gesamtkunshandwerk. In 2014, he curated Design is a State of Mind for London's Serpentine Sackler Gallery. 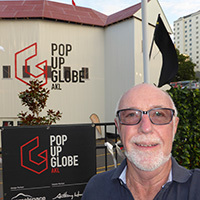 Auckland's Pop-up Globe, the world's first temporary working replica of Shakespeare's theatre, popped up for the first time in February 2016 with a twice-extended debut season that sold over 100,000 tickets. Now, it's 'popped up' again for a season that will run until May 14th. The dimensions of the theatre, which reproduce the audience structure of a Jacobean playhouse exactly, were based on groundbreaking research by Sydney University's Professor Tim Fitzpatrick and his collaborator Russell Emerson. The pair studied archeological data and contemporary sources describing the second Globe Theatre, which was built in 1614 as a conjectural reconstruction of the first Globe Theatre (London, 1599 - 1613). Their research informed the current Pop-up Globe, which matches the dimensions put forward by Professor Fitzpatrick to within six inches.

From Cradle to Stage