On Saturday Morning this week: Kim Hill speaks to Donna Chisholm - editor-at-large of North & South who campaigned for David Dougherty to be cleared; Piet Chielens, the director of In Flanders Fields Museum, Ypres, on the critical importance of 1917 - and specifically Passchendaele - in the course of World War One;  Irish torch singer Mary Coughlan on how a difficult past sparked a stellar career; Arthur Tompkins on the theft, and subsequent retrieval, of Raphael's famous work Sistine Madonna; Lincoln in the Bardo author George Saunders on why his debut novel proved such a hit; Danny Sriskandarajah on why just three per cent of humanity live in countries where fundamental civic freedoms are fully respected; David White, director of the documentary MEAT, on his exploration of the production of protein, and finally legendary music producer Alan Jansson on his work bringing Graham Brazier's final album to life after the iconic rocker's shock death in 2015.

David Dougherty, who received nearly $900,000 from the government after being wrongfully convicted of abducting and raping an 11 year old girl in 1993 – has died after suffering from pancreatic cancer. He was 50 years old. Donna Chisholm - editor-at-large of North & South and a staff writer for The Listener – campaigned for Dougherty to be cleared, supporting him through his retrial and during his long fight for compensation. She talks to Kim about her reaction to his death.

Piet Chielens is Director of the In Flanders Fields Museum in Ypres, Belgium. He and a small team are looking for a constant renewal of the memory of the Great War in Flanders, and support artistic interpretations of attitudes and concerns about war and peace.  The museum is involved currently in working towards commemorations marking the 100th anniversary of the Battle of Passchendaele in Ypres on October 12th this year. Chielens has been in New Zealand as a keynote speaker at the Myriad Faces Symposium 2017, which commemorates 1917, in year in which World War One conflict gained a global reach as United States, China, Brazil, and others joined the Allied side.  His keynote talk was on "The seeds for the commemorative war-landscape in Belgian Flanders". 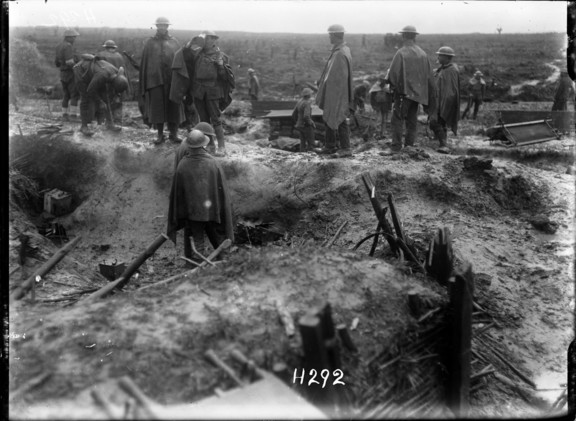 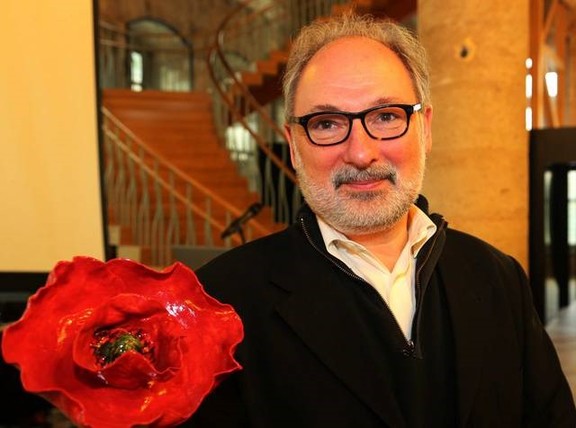 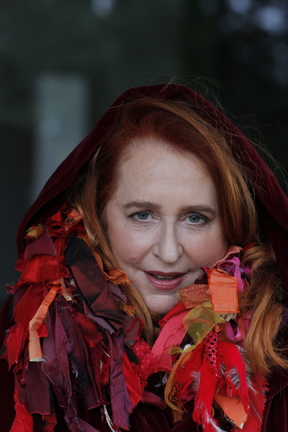 Mary Coughlan is a celebrated Irish jazz singer, often called 'Ireland's Billie Holiday'. After a troubled upbringing and a painful and troubled adolescence, she relocated to London at the age of 19, living lean before returning to Ireland in 1974, where a chance encounter with Dutch musician Erik Visser helped point her towards a singing career. In 1985, Coughlan finally recorded her debut LP, Tired and Emotional, a major hit in her native land. Drugs and alcohol continued to be a feature of Mary's life until she 'got clean' in the late 1990s. She released her latest album, Scars on the Calendar, in May 2015.  Mary Coughlan will performing and talking about her best-selling autobiography Bloody Mary at the Auckland Writer's Festival, in mid-May. She’s also a guest at the The Cavell Leitch NZ International Jazz and Blues Festival in  Christchurch at the end of May. 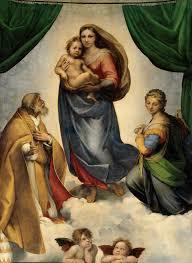 Arthur Tompkins is a District Court judge, and editor of Art Crime and its Prevention: A Handbook for Collectors and Art Professionals (Lund Humphries). He has a special interest in crimes involving artistic masterpieces, and writes a bi-monthly series of articles in the online magazine Versopolis about stolen masterpieces now back on public display.  He'll talk to Kim about the theft of Raphael's Sistine Madonna, one of the world's most famous paintings after the Mona Lisa, and its eventual return to Dresden, where it had been purchased by the Elector of Saxony, Frederich August II in the mid 18th century. 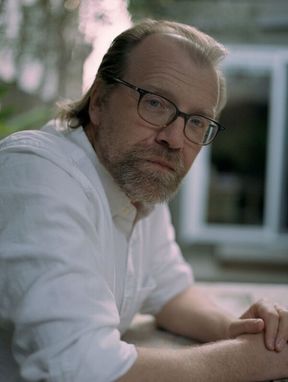 Considered one of America's foremost contemporary writers, George Saunders has published four collections of short stories, including Tenth of December; another, CivilWarLand in Bad Decline was a finalist for the PEN/Hemingway Award.  He's also written a novella-length illustrated fable, the New York Times bestselling children's book, The Very Persistent Gappers of Frip, a book of essays, and two screenplays. In 2009 Saunders received an Academy Award from the American Academy of Arts and Letters. He continues to teach creative writing at Syracuse University.  His first novel Lincoln in the Bardo has just been published to critical acclaim.  George Saunders will be appearing at the Auckland Writers Festival, from mid-May. 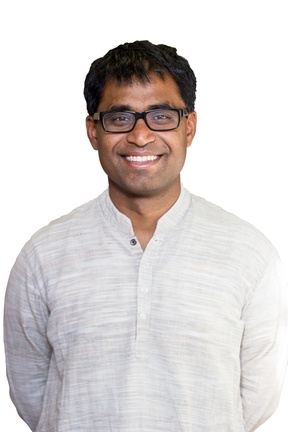 Born in Sri Lanka and a national of Australia, Dr Dhananjayan (Danny) Sriskandarajah is the Secretary General and CEO of CIVICUS, the global alliance dedicated to strengthening citizen action and civil society throughout the world. He's also lived in the UK, during which time he was the Director of the Royal Commonwealth Society, the oldest and largest Commonwealth civil society organisation. At the time of his appointment he was the first non-British and the youngest person to head the 140-year-old organisation. He has an MPhil and DPhil from the University of Oxford. In 2012, he was honoured by the World Economic Forum as a Young Global Leader, and has written numerous books, reports, papers and articles for the likes of the Guardian and Huffington Post. Sriskandarajah will be in New Zealand in May to speak at a summit on philanthropic innovation for Philanthropy New Zealand, where he'll discuss philanthropy's role in transforming the world. 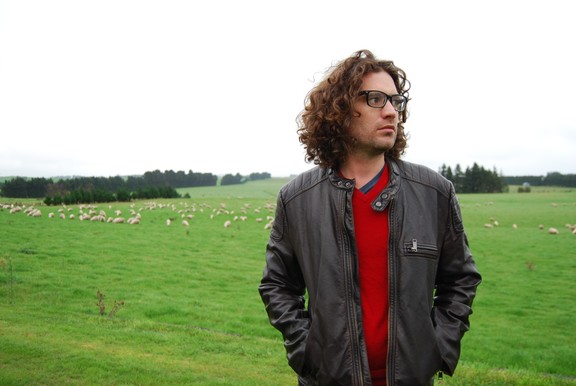 Raised on a Hawkes Bay farm, filmmaker David White has made several documentaries exploring agricultural life, including I Kill, and a look at some special pigs (The Cleanest Pig, which screened at the Sundance Film Festival). White studied producing at England's National Film and Television School, before co-producing feature documentary Shihad: Beautiful Machine and directing TV's Little Criminals, a survivors' record of NZ boys' homes. White is about to release his newest film MEAT - the story of three farmers and a hunter, and their part in the protein production chain.  The documentary will hit New Zealand film screens on May 4th. 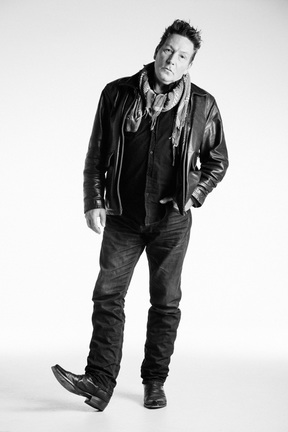 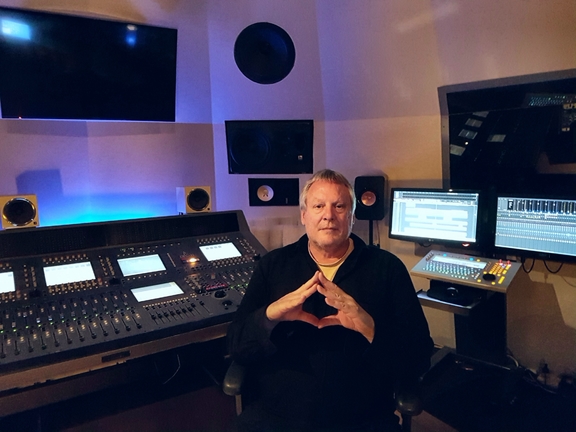 Alan Jansson - producer, songwriter, engineer, label owner, and musician, and the owner of Uptown Studios, in Auckland's Freeman's Bay - was someone local rock legend Graham Brazier had wanted to work with for years.  After a massive crowdfunding effort, Alan's produced Left Turn at Midnite, the album Brazier had just finished before his death in September 2015, and a collection of songs many say are his finest ever. Left Turn at Midnite will be released on 5th May 2017.

Lincoln in the Bardo

Albums mentioned in this episode:

Scars on the Calendar

Artist: Mary Coughlan & Erik Visser
Song: This Is Not A Song
Album: Scars on The Calendar
Label: Hail Mary Records
Played at: 09:08