Erin Joyce on her experience with displaced children from Mosul, Olivier Weber discusses covering conflict, Simon Poole on the Erbium-doped fiber amplifier, Kevin Furlong and how tsunami alerts are monitored, Valerie Steele on the fashion industry, writer and broadcaster Karyn Hay, and Gregory O'Brien discusses poetry and the demise of the Southern Man

Erin Joyce is a World Vision child protection and conflict specialist who has just returned from Zelikan Camp  near Mosul in northern Iraq. She has seen the effects two years of ISIS occupation has had on children - many of whom have forgotten how to play. Erin Joyce has been training local staff in how to respond to the needs of those displaced by conflict as the Iraqi army fights to take back the city. 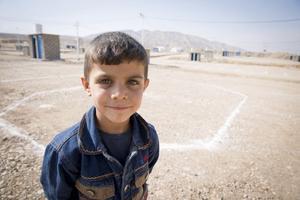 More than 15,000 children have been displaced from Mosul since 17 October. Some have fled under gunfire, lost family members and witnessed violent events © Max Greenstein, World Vision 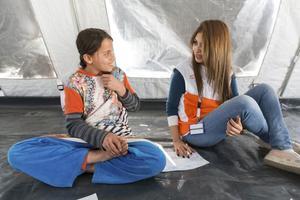 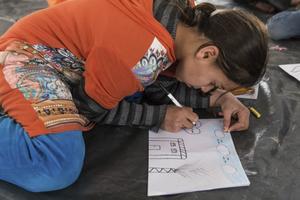 For many children fleeing Mosul, attending the child friendly space is the first time they’ve used coloured pencils in more than two years. Play was not allowed under ISIS © Max Greenstein, World Vision 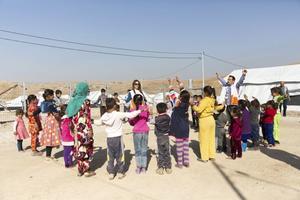 Staff work to create a safe place where children can learn to play again and begin to recover from what they have been through © Max Greenstein, World Vision 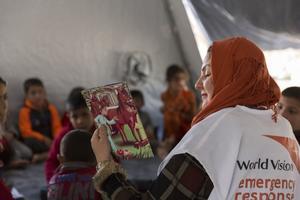 Staff in the child friendly space in Zelikan camp say there has been enormous change in the children in the days since they arrived from the outskirts of Mosul © Max Greenstein, World Vision 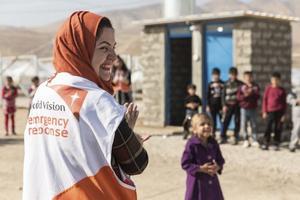 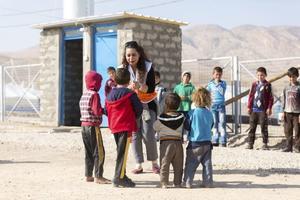 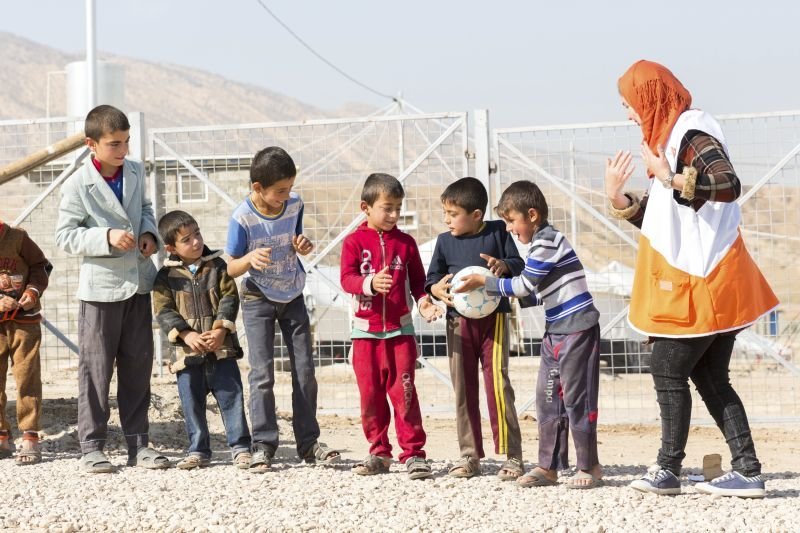 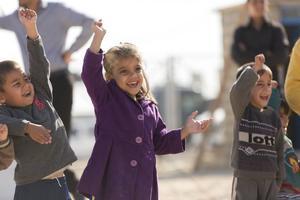 Images from Zelikan Camp, near Mosul 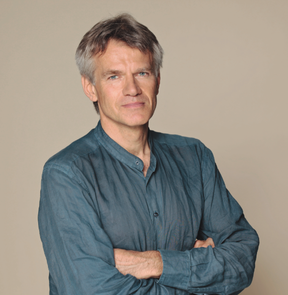 Olivier Weber has been a war correspondent for 25 years,covering conflict in Central Asia, Africa, the Middle East and Iraq. He was an assistant professor at the Institut d'études politiques de Paris, President of the Prize Joseph Kessel and former Ambassador of France at large. Olivier Weber has won several national and international awards for literature and journalism, in particular for his stories on Afghanistan and for his books on war. His writing has been translated into a dozen languages. He is touring New Zealand as a guest of Alliance Francaise and will speak in Auckland, Wellington, Palmerston North, Nelson and Christchurch. 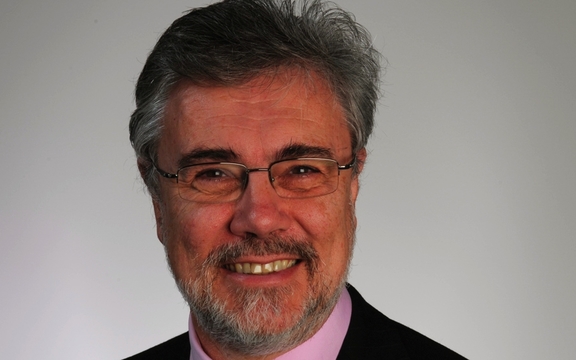 Simon Poole, of New Business Ventures, Finisar Ltd Australia, is an engineer and an entrepreneur who recently received the Charles Todd Medal - the most prestigious award made by the Australian telecommunications industry - for helping to solve the 'tyranny of distance' problem for that country. He was on the team that developed the Erbium-doped fiber amplifier. Without this device the internet couldn't work - it amplifies signals traveling through fiber optic cables which would otherwise die out within 100km. Simon Poole is in Auckland to speak at 'Ideas & Execution: The Yin and Yang of Innovation' organised by the Dodd Walls Centre for Photonic and Quantum Technologies. 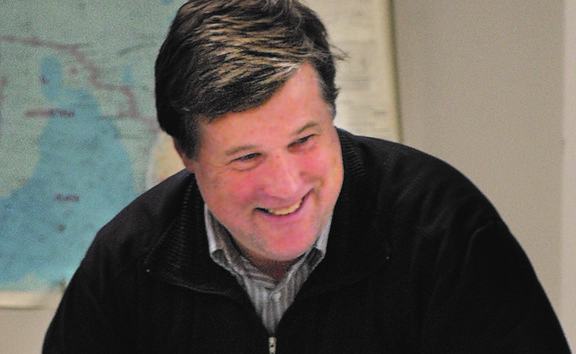 Kevin Furlong is Professor of Geoscience at Penn State university and an authority on tsunami alert monitoring. Part of his work includes understanding the many methods of monitoring employed in earthquake prone areas and countries around the world, and considering how tsunamis may best be identified and signaled to vulnerable populations. 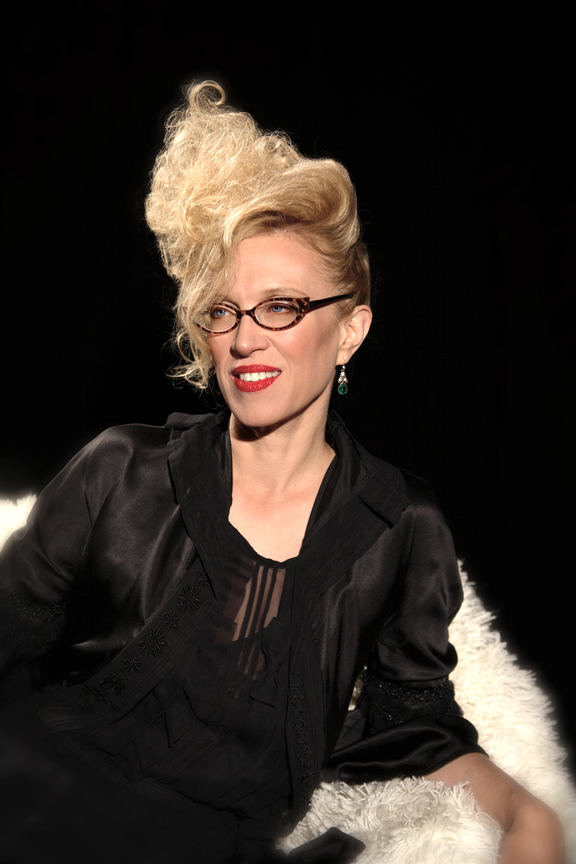 Professor Valerie Steele is director and chief curator of The Museum at the Fashion Institute of Technology in New York. She is heading to New Zealand for the End of Fashion conference organised by Massey University College of Creative Arts in Wellington to talk about the impact of globalisation and technology on fashion and where creativity and craftsmanship sit in the world of fast fashion. Valerie Steele will also speak at two public events. 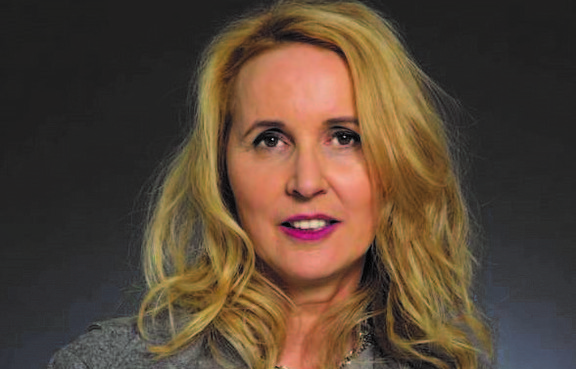 For a generation of Kiwis, Karyn Hay will always been the rock chick who presented Radio with Pictures in the 1980s. These days she hosts the evening show on Radio Live - and she's a writer. Her first book, Emerald Budgies, (Penguin) won Best First Book in the Montana NZ awards, and she is a Frank Sargeson Fellow. Karyn Hay has just published her second novel - The March of the Foxgloves (ESOM House, ISBN 978-0-473-36583-7).

Painter, poet, curator and writer Gregory O'Brien is the author of a number of books. His latest (with Nick Bevin) is Futuna: Life of a Building (VUP). He talks with Kim about the demise of the Southern Man - looking at the poetry of Alan Roddick (Getting it Right, Otago University Press), John Dickson (Mister Hamilton, Auckland University Press), and Brian Turner (Night Fishing, Victoria University Press).