Michelle Cottle has been contributing editor at The Atlantic since the end of 2015, after working as a senior writer for the National Journal and as long-time editor with The New Republic. She writes regularly on US politics, and will discuss the presidential candidacy of Hillary Clinton. 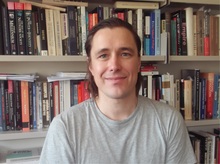 Dr Dylan Taylor is a lecturer in Sociology at Victoria University of Wellington and editor of Counterfutures. As a member of the board of trustees and a researcher for new think-tank Economic and Social Research Aotearoa (ESRA), he is furthering his interest in social movements, democracy, political theory and social inequalities. His first monograph, Claiming the Century: The Promise of Social Movements and Democracy in the 21st Century, will be published next year.

New Zealand critic and journalist Anthony Byrt is a regular writer for Metro, contributor to international contemporary art magazine Artforum International, and was judged Reviewer of the Year at the 2015 Canon Media Awards. He writes about his life, and art, in This Model World: Travels to the Edge of Contemporary Art (AUP), and will launch it at Starkwhite in Auckland on 22 September, and at City Gallery Wellington on 28 September. He talks about artist Simon Denny during the interview; listen to Kim Hill's interview with Simon Denny from 's interview from 2015 here.

Mitchell Chandler is in his second year of a BSC majoring in oceanography at the University of Otago. He has been chosen by the Sir Peter Blake Trust to represent New Zealand as one of 150 youth delegates from around the world at the first-ever Our Ocean, One Future: Leadership Summit in Washington D.C., which is running alongside the Our Ocean 2016 conference, hosted by John Kerry. 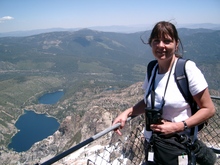 Professor Dianne Brunton founded the Ecology and Conservation Group at the Albany campus of Massey University, and currently heads the Institute of Natural and Mathematical Sciences. She specialises in the study of New Zealand’s native birds, and their communication through birdsong. Backed by the Marsden Fund in 2013, her team are tracking the dialects of songbirds in Auckland and Northland. She will talk about this and other findings in a free public lecture at Massey University (20 September).

Dr Jamie Steer has his doctorate in Environmental Science. His research explores the understanding of introduced species in New Zealand in the context of biodiversity management, arguing for a more reconciliatory approach to their history and fate in the country. (NB. The views expressed in this interview are those of Dr Steer alone and are related solely to his academic research.)

Toby Carr is the CEO and founder of trading company DeXTech Ltd, and has just received an international youth leadership award. He is a speaker on the Future of Education panel at the Festival for the Future (23-25 September).

New Zealander Bruce Gilkison spent the past two northern summers walking some of the Highland journeys completed in 1802-1804 by his great-great-grandfather, the Scottish writer, poet, sportsman, musician and larger-than-life personality James Hogg. He writes about finding that Hogg’s legacy is alive and growing in the 21st century in Walking with James Hogg: The Ettrick Shepherd’s Journeys through Scotland (Edinburgh University Press).