The Saturday Morning programme was live video streamed from 9:00 to 11:00.

Andrew O’Hagan is a former editor-at-large for Esquire, contributing editor for the London Review of Books, and ghostwriter of Julian Assange’s abandoned memoir. Two of his books have been nominated for the Man Booker Prize, and his new novel is The Illuminations (Faber& Faber). He is a guest at Writers Week at the New Zealand Festival, talking with Harry Ricketts at the Illuminations session (11 March), and on the panel at Literary Idol (13 March).

Anthony McCarten is an internationally successful writer and producer for stage and screen. He talks with Miranda Harcourt at The Theory of Anthony, and his play Funnygirl will be read during the Spotlight on Playwrights events at Circa Theatre (12 March) during Writers Week.

Mallory Ortberg made the 2015 Forbes magazine list of “30 under 30” media game-changers. She is the co-founder and editor of website The Toast, writes an advice column for Slate, and her first book, Texts from Jane Eyre: and Other Conversations with Your Favourite Literary Characters (Henry Holt & Company) reimagines conversations between literary characters in texting form. During Writers Week, she talks with Courtney Johnston in the Texts of Toast session (11 March), and is joined by New Zealand writer and Youtuber Jamie Curry and singer/writer Lizzie Marvelly for the Life Online session (10 March).

Morgan Godfery is a Wellington writer and commentator who specialises in Māori politics and international indigenous issues. He blogs at Maui Street, and is the editor of a new collection of essays, The Interregnum: Rethinking New Zealand (BWB Texts). He will talk about some of the issues raised in the book with two of the contributors, Holly Walker and Courtney Sina Meredith, during the Debating New Zealand session during Writers Week (13 March).

Mark Anderson, Jony Easterby and Kathy Hinde, who lead the team of artists who have created For the Birds Photo: supplied

9:45 Mark Anderson, Jony Easterby and Kathy Hinde (For the Birds)

Mark Anderson, Jony Easterby and Kathy Hinde lead the team of artists who have created the walk-through art experience For the Birds in the native forest of Otari-Wilton’s Bush during the New Zealand Festival (3-19 March – not Mondays). 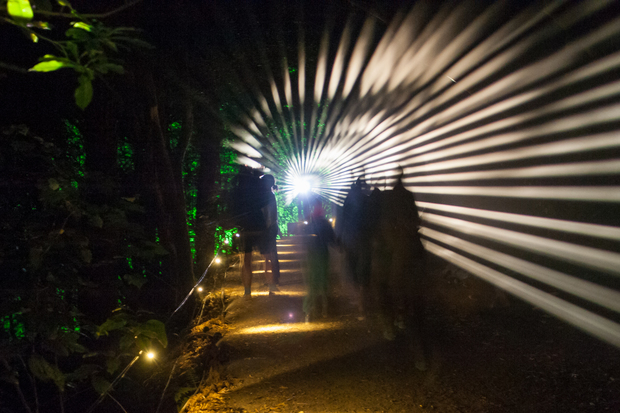 An installation at For the Birds Photo: Ireen Demut

Prolific award-winning British author Sally Gardner was diagnosed with dyslexia after difficulty at school, and worked in costume design and illustration before deciding to write for children full-time. Her books, including Tinder, Maggot Moon, I, Coriander and the fairy detective agency series have been translated into more than 22 languages and sold over two million copies. She will speak at the Writers Week gala showcase Fighting Talk (10 March), talk with fellow children’s and young adult writers Cornelia Funke, Ted Dawe and Mandy Hager in The Kids Are All Right (12 March), and with Anna Mackenzie in the Maggot Moon session (13 March).

Professor Damien Wilkins is the director of the International Institute of Modern Letters, a founding editor of literary journal Sport, the author of novels, stories, poems and a play, and a musician and songwriter. His 2013 novel Max Gate (VUP), will be published in the UK and US this year, his new novel, Dad Art (VUP), will be launched during Writers Week (10 March), and he talks with visiting writer Edgar Keret in the This Israeli Life session (11 March). 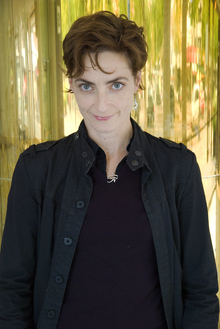 Anouk van Dijk is a Dutch choreographer, artistic director and dancer, who has been artistic director at Melbourne-based dance company Chunky Move since 2012. She developed her new dance/theatre show Complexity of Belonging in collaboration with German theatre writer Falk Richter, and it will be performed at the New Zealand Festival (11-13 March). Anouk van Dijk is joined by members of the cast for the free discussion session, Do I Belong Here?, on Thursday 10 March.

American writer Christopher McDougall was a war correspondent in Rwanda and Angola, before becoming the guru of alternative running with his 2009 book, Born to Run: the Hidden Tribe, the Ultra-Runners, and the Greatest Race the World Has Never Seen. His new book is Natural Born Heroes: the Lost Secrets of Strength and Endurance (Profile). He talks with journalist Rachel Smalley in the Enduring Heroes session (10 March), with fellow writing athletes Nathan Fa’avae, Lisa Tamati and Roger Robinson in the Testing the Limits session (12 March), and will lead the Come Running fun runs around Wellington during Writers Week (9, 10 and 12 March). 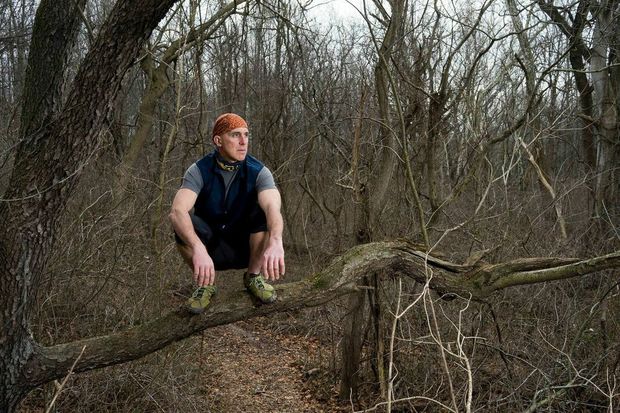 All music by Sunburst Finish (aka The No-Brainers)