From 1978 to 1982, Burt Reynolds was Hollywood’s biggest box-office star. His films include Deliverance (1972), The Longest Yard (1974), Smokey and the Bandit (1977), and the comeback film Boogie Nights (1997), for which he was nominated for an Academy Award. Now 79, Reynolds has written his autobiography, with Jon Winokur: But Enough About Me (Echo Books).

Burt Renolds and Sally Field; Burt Reynolds with Frank Sinatra and Sammy Davis Jr; Burt Reynolds in Boogie Nights. Photos from the book, But Enough About Me. Photo: supplied

Andrew Butler is a litigator, and partner at Russell McVeagh. He is one of New Zealand’s leading experts on our Bill of Rights, and co-author of New Zealand Bill of Rights Act: A Commentary. He acted for Lecretia Seales, who went to the High Court last year in an attempt to win the right to choose how she died. (Public submissions on MP Maryann Street's petition, requesting “That the House of Representatives investigate fully public attitudes towards the introduction of legislation which would permit medically-assisted dying in the event of a terminal illness or an irreversible condition which makes life unbearable”, closes on 1 February.)

Dr Johanna Emeney is a poet whose debut collection, Apple and Tree, was published in 2011. She teaches creative writing at Massey University’s Auckland campus, and co-facilitates the Michael King Young Writers Programme. She will visit the University of Auckland’s Faculty of Medical and Health Sciences this March to talk to third-year students, as she has done for the past two years. Her doctoral thesis in creative writing, through Massey’s School of English and Media Studies, explores the emerging field of medical humanities, investigating the work of New Zealand poets on medical themes, alongside her own collection about her mother’s cancer treatment, Family History, which she hopes to publish later this year. 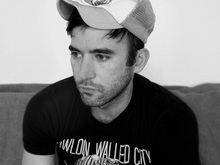 Songwriter and performer Sufjan Stevens is one of the most acclaimed American popular musicians of the last ten years. His latest album, Carrie & Lowell, was inspired by the death of his mother and was hailed as one of the best recordings of 2015. Stevens and his eight-piece band will play that album, and selections from his career, at the New Zealand Festival (6 and 7 March) and Auckland Arts Festival (8 March).

Dr Mike Dickison is Curator of Natural History at the Whanganui Regional Museum, and was a guest on the Saturday programme in 2014, discussing the museum’s moa collection, 3D scanning project, and the illicit trade in moa bones. He is also a volunteer editor for the free encylopedia Wikipedia, which recently celebrated its 15th birthday.

Kate De Goldi’s most recent novel is From the Cutting Room of Barney Kettle (Longacre), and the stage adaptation of her 2012 book, The ACB with Honora Lee, will debut at Circa Theatre (27 February to 26 March) as part of the New Zealand Festival. She will discuss two narrative non-fiction books, and an adaptation of Grimm fairy tales:
The Right Word; Roget and his Thesaurus by Jen Bryant and Melissa Sweet (Eerdmans Books);
Enormous Smallness; a story of e e cummings by Matthew Burgess, illustrated by Kris Di Giacomo (Enchanted Lion Books); and
The Singing Bones by Shaun Tan (Allen & Unwin).