British journalist and author John Lanchester is the author of award-winning novels, including The Debt to Pleasure, Mr Phillips, Fragrant Harbour, and Capital (which he spoke about on Saturday Morning in July 2012). He wrote about the financial crisis in the 2010 book, Whoops! Why Everyone Owes Everyone and No One Can Pay, and his new book is How to $p€ak Mone¥: What the Money People Say – and What They Really Mean (Faber & Faber, ISBN: 978-0-571-30982-5).

Stephen Nortcliff is Emeritus Professor of Soil Science at Reading University, UK, was Secretary General of the International Union of Soil Sciences from 2002 to 2010, and was instrumental in making 2015 the UN International Year of Soils. Since retirement, Professor Nortcliff has been working with the charity Wherever the Need, which aims to provide sanitation for households and schools in parts of India and Africa using compost toilets. He is one of the guest speakers at Future Food for the Planet (AUT, 30 August at 12:00), an event at World Science Week New Zealand, in Auckland (25 August to 3 September).

Mary Kisler is the Senior Curator, Mackelvie Collection, International Art, at the Auckland Art Gallery Toi o Tamaki. She will discuss François Langot’s engraving The Mocking of Christ, after Sir Anthony van Dyck, restored by conservators Ute Larsen and Camilla Baskcomb, and currently on show at the gallery. To see images of the engraving, and comparative works by Titian, Peter Paul Rubens, Anthony Van Dyck, and Schelte Adams Bolswert, click on this link. 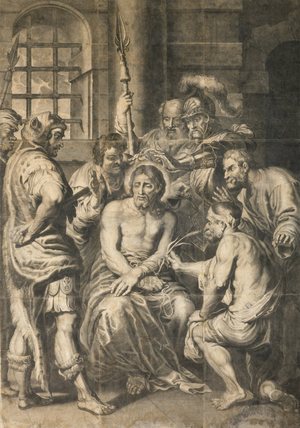 Poet, novelist, translator and anthologist Michael Schmidt is founder and publisher of two of the UK's most illustrious and globally-minded poetry outlets, the Carcanet Press and the PN Review, and has for many years been Professor of Poetry at Glasgow University. His new book, The Novel: A Biography (Belknap Press, ISBN: 978-0-67472473-0) looks at how the novel made the modern world. Michael Schmidt is in New Zealand as a guest of the NZ Centre for Literary Translation, in association with International Institute of Modern Letters, and will be speaking at free events on 1 September (Writers on Mondays at Te Papa, 12.15pm, and VUW Hugh McKenzie Lecture Theatre 5.30pm), and 10 September (VUW School of Languages and Cultures, 5pm).

Amie Lightbourne is Awards Manager at Booksellers NZ, a keen runner, and a member of the Wellington women's Ultimate frisbee team Artemis, which competed alongside four other men's and mixed New Zealand teams at the World Club Championships in Italy earlier this month.

Paul Simon: Graceland
From the 1986 album: Graceland
(Warner)
Played at around 10:15

Lou Reed: This Magic Moment
From the 1995 album: Till the Night is Gone: A Tribute to Doc Pomus
(Rhino)
Played at around 10:55

Gillian Welch and David Rawlins: Elvis Presley Blues
From the 2002 album: Time (The Revelator)
(Acony)
Played at around 11:40