Alex Gibney is an American filmmaker, whose documentaries include the Oscar-nominated Enron: the Smartest Guys in the Room, the Oscar-winning Taxi to the Dark Side, Client 9: the Rise and Fall of Eliot Spitzer, We Steal Secrets: the Story of Wikileaks, and Silence in the House of God (all of which he has discussed previously on Saturday Morning with Kim Hill). His new film, The Armstrong Lie, about disgraced cyclist Lance Armstrong, will screen during the New Zealand International Film Festivals in Auckland, Wellington, Dunedin, Christchurch, Nelson, Hamilton, and Palmerston North.

Richard Bedford is Professor of Migration Studies at Auckland University of Technology and Research Associate in the National Institute of Demographic and Economic Analysis at the University of Waikato. He is a specialist in migration research and, since the mid-1960s, he has been researching processes of population movement in the Asia-Pacific region. Richard is a Fellow of the Royal Society of New Zealand, and a member of the panel that wrote the just-published Royal Society report, Our Futures/Te Pae Tawhiti: the 2013 Census and New Zealand’s Changing Population.

American physicist Dr Monica Dunford works on ATLAS, one of two general-purpose experiments designed to address some of the most basic and compelling questions of 21st-century physics at the Large Hadron Collider based at CERN, the European Organisation for Nuclear Research. She appears alongside her colleagues in Particle Fever, a documentary about particle physics that will screen during the New Zealand International Film Festivals (from 20 July in Auckland, then throughout the country).

Arthur Tompkins is a District Court Judge, and member of Interpol’s DNA Monitoring Expert Group. He has a special interest in crimes involving artistic masterpieces, and will discuss the 1907 portrait of Adele Bloch-Bauer, painted by Gustav Klimt. 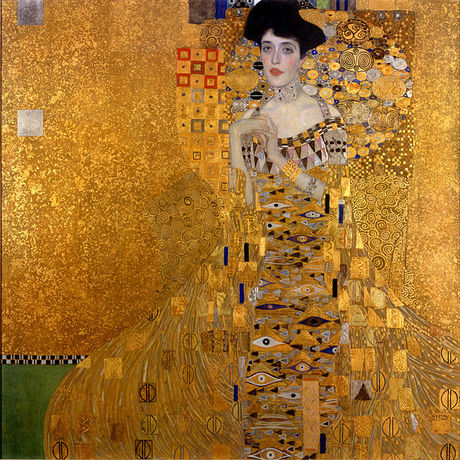 New Zealand journalist Charlotte Greenfield recently completed her journalism masters degree at Columbia University in the United States. While there, she worked at the Stabile Center for Investigative Journalism on the article Should We ‘Fix’ Intersex Children, which was published this month in The Atlantic. Next month she will travel to Indonesia to work for Reuters on their trainee programme.

Jokowi dan Basuki: What Makes You Beautiful
Parody YouTube version of the One Direction song
Played at around 10:30

Dan Romer and Benh Zeitlin: Once There Was a Hushpuppy
From the 2012 film soundtrack album: Beasts of the Southern Wild
(Cinereach Music)
Played at around 10:55