Don Brash was Governor of the Reserve Bank for almost 14 years, led the National Party and the ACT Party, and currently chairs the New Zealand subsidiary of the Industrial and Commercial Bank of China. Dr Brash discusses his failures, regrets and successes in the memoir, Incredible Luck (Troika, ISBN: 978-0-47326908-1).

Nicholas Wood is a former Balkans correspondent for The New York Times. He created Political Tours in 2009, with the aim of giving people first-hand insight into some of the most critical regions in the world, and is currently leading a tour in Ukraine.

Professor Susan Krumdieck is a Researcher in mechanical engineering at the University of Canterbury, and a founding member of the National Energy Research Institute.

Arthur Tompkins is a District Court Judge, and member of Interpol’s DNA Monitoring Expert Group. He has a special interest in crimes involving artistic masterpieces, and will discuss the multiple thefts of The Ghent Altarpiece, the 14th century work by Jan van Eyck. 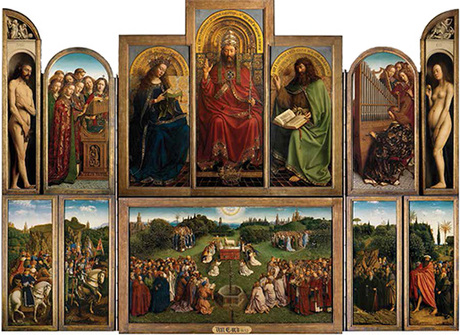 Dr. Catherine DeAngelis is University Distinguished Service Professor, Emerita, and Professor of Pediatrics, Emerita, at Johns Hopkins University School of Medicine, and was the first woman editor-in-chief of the Journal of the American Medical Association, from 2000 to 2011. Dr DeAngelis is visiting Seelye Fellow at the University of Auckland, and delivered the public lecture, Patient Care and Professionalism, and university talk, So You Want to be an Author?

Nigel Beckford is a Wellington writer and publisher. Fitzbeck Publishing, the company he runs with Michael Fitzsimons, have published best-selling visual mementos The Wellington Book (ISBN: 978-0-473-18698-2), and The NZ Book (ISBN: 978-0-473-20788-5), and will publish The Auckland Book in May. Beckford is also the leader of the band Sven Olsen’s Brutal Canadian Love Saga, who recently released their 50-track album The Almanac: An Unspoken History of New Zealand on the online site Bandcamp, and as a limited edition Super Deluxe Orange Fly Swat USB and Book Combo (ISBN: 978-0-473-27339-2). Listen to his 2012 interview with Kim Hill here.

Sven Olsen’s Brutal Canadian Love Saga: Glover Park
From the 2014 album: The Almanac: An Unspoken History of New Zealand
(Private)
Played at around 11:05

Sven Olsen’s Brutal Canadian Love Saga: Kron in Hastings
From the 2014 album: The Almanac: An Unspoken History of New Zealand
(Private)
Played at around 11:40