Cardinal Oscar Rodriguez Maradiaga was recently appointed chair of the group of cardinals who have been tasked with leading the reform of the Vatican curia by Pope Francis. He is President of Caritas Internationalis, was the Vatican representative to the IMF and World Bank on the issue of third world debt, and has been outspoken in his native Honduras against the drug trade. He is visiting Wellington to meet with the New Zealand Catholic Bishops.

Paul Steely White is the Executive Director of Transportation Alternatives, the leading cycling-walking-public transit advocacy group in the United States.

Moya Brennan is the lead singer of Irish group Clannad, and a songwriter, philanthropist and author. As a Goodwill Ambassador to the Christian Blind Mission in Ireland, she has travelled to Africa many times, and to Brazil and Belize. She returns to New Zealand with Clannad for the first time in 18 years to mark their fortieth anniversary and new album Nádúr, with concerts in Auckland (23 October) and Wellington (24 October).

Paul Brewer is External Relations Director at Regional Facilities Auckland, the council controlled organisation responsible for a number of cultural and sporting facilities. He was the founding director of marketing and communications at Te Papa, a board member of Auckland Museum, and is currently a trustee of the Kiri Te Kanawa Foundation. He has played a leading role for a number of years in the Alexander Palace Association, an international organisation established to assist with the restoration of the historic Alexander Palace outside St Petersburg, Russia. Click here for images of the palace. 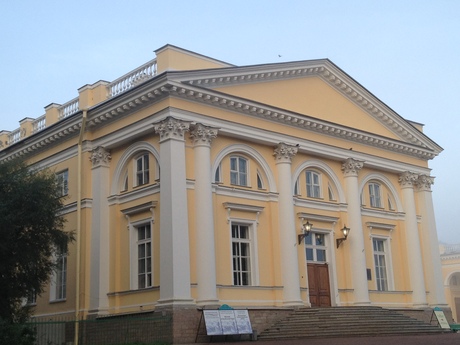 Creative director Matt Checkowski describes himself as a storyteller, designer and modern vaudevillian. He holds the post of Chief at The Department of the 4th Dimension, and created the first ever pop-up museum for scent and designed the dream sequences for the Steven Spielberg film Minority Report, among other creative endeavours. He is visiting New Zealand as one of twelve speakers at Semi-Permanent Wellington 2013 (18-19 October).

Patricia Edgar is an Australian sociologist, educator, film and television producer, researcher and writer. Her new book is In Praise of Ageing (Text Publishing, ISBN: 978-1-92214-755-4).

Alexandre Desplat, London Symphony Orchestra: Prologue
From the original soundtrack to the 2004 film: Birth
(Silva Screen)
Played at around 10:15

Letta Mbulu: What’s Wrong With Groovin?
The 1967 single from the compilation album: Desert Island Mix
(Journeys By DJ)
Played at around 10:50

Beach Boys: Good Vibrations
The 1967 single from the compilation album: The Capitol Years
(Capitol)
Played at around 10:55