Best-selling non-fiction writer Bill Bryson is best known for his 2003 book, A Short History of Nearly Everything. His new book, One Summer; America 1927 (Doubleday, ISBN: 978-0-385-60828), examines the events of a season that changed the world forever.

Twin brothers Paul and Andrew Bayly run the merchant bank and strategic advisory firm, Cranleigh. Both have Special Forces backgrounds with armies around the world. More recently, Andrew has climbed a number of mountains in Antarctica and towed a sled to the South Pole. Paul is a Fellow of the Royal Geographical Society, and was a project adviser and sailor on both the Borobudur Ship Expedition (a reconstructed 700AD century ship), and the Phoenician Ship Expedition (a reconstructed 600BC ship). His book, Dr David Livingstone: Africa’s Greatest Explorer (The Man, the Missionary and the Myth 1813-1873), will be launched at the Royal Geographical Society in November.

New Zealand singer Lorde has the number three single (Royals) on the Billboard Hot 100 in the United States, and has topped the Billboard Digital Sales chart. In New Zealand, her singles Team, Royals, and Tennis Court sit at number three, five and 18 respectively, and The Love Club EP is number two on the album chart. Her debut album, Pure Heroine, has just been released. 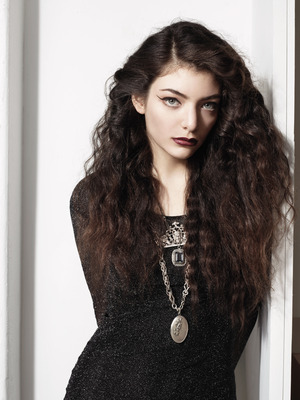 Scott Bradlee and Postmodern Jukebox: Call Me Maybe
The 2013 digital single
Played at around 8:55

Lorde: Royals
The 2013 single from the album: Pure Heroine
(Universal)
Played at around 11:25

Coldplay: Viva La Vida
From the 2008 album: Viva La Vida or Death and All His Friends
(Parlophone)
Played at around 10:15

Geoffrey Gurrumul Yunupingu: Wiyathul
From the 2008 album: Gurrumul
(Skinnyfish)
Played at around 10:35

The Hollies: He Ain’t Heavy, He’s My Brother
The 1969 single from the compilation album: The Hollies’ Greatest Hits
(Epic)
Played at around 10:55