Mike White is a senior writer at North & South magazine. He investigated the murder of Scott Guy for more than a year, was present throughout Ewen Macdonald’s five-week trial, and his coverage gained him the award for Magazine Feature Writer of the Year at the 2013 Canon Media Awards. His new book is Who Killed Scott Guy? The Case That Gripped a Nation (Allen & Unwin, ISBN: 978-1-87750-534-8).

New Zealand filmmaker Andrew Adamson directed the first two films in the Shrek series and the first two films in The Chronicles of Narnia series. His 2012 film, Cirque du Soleil: Worlds Away, was recently released on DVD and Blu-Ray. He directed, produced, and wrote the screenplay for the film adaptation of Lloyd Jones’ novel, Mr Pip, starring Hugh Laurie, which will screen in New Zealand from 3 October.

Professor Matthew Trundle heads the department of Classics and Ancient History at the University of Auckland. He is presenting his inaugural lecture, Making a Living in the Ancient Greek World, at the university’s Library Theatre on 17 September.

Dr Davinia Caddy is a senior lecturer at Auckland University’s School of Music, a flautist, and the author of How to Hear Classical Music (Awa Press, ISBN: 978-1-877551-00-0).

Jan Preston is a boogie woogie and honky-tonk pianist and singer who performs in Australia, Europe, China, and New Zealand. She returns here with her percussionist husband Mike Pullman in a new show of stories, images, original songs and music, My Life as a Piano (also the title of her new album). The show will tour to Christchurch, Dunedin, Nelson, Tauranga, and Napier (13-29 September), and Wellington, Rotorua, Hamilton, Takapuna and Keri Keri (3-10 November) - click here for images from the show. Jan and Mike will also provide live musical accompaniment for Reel Life in Canterbury, a programme of films made between 1910 and 2011 that will screen in seven registered heritage buildings in Christchurch, Ashburton, Timaru, Waimate, Fairlie, Waiau and Kaikoura, in a partnership between the New Zealand Historic Places Trust and the Film Archive (14-22 September). 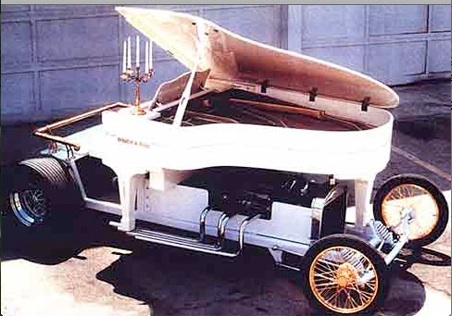 Philharmonia Orchestra, conducted by Simon Rattle: Allegretto, from Sinfonietta
From the album: Great Recordings of the Century
(EMI Classics, 0724356699557)
Played at around 10:15
Composer: Leos Janacek

Jan Preston (vocals, piano), Mike Pullman (percussion): The Ivories are Calling
Live in the Christchurch studio of Radio New Zealand
Played at around 11:30